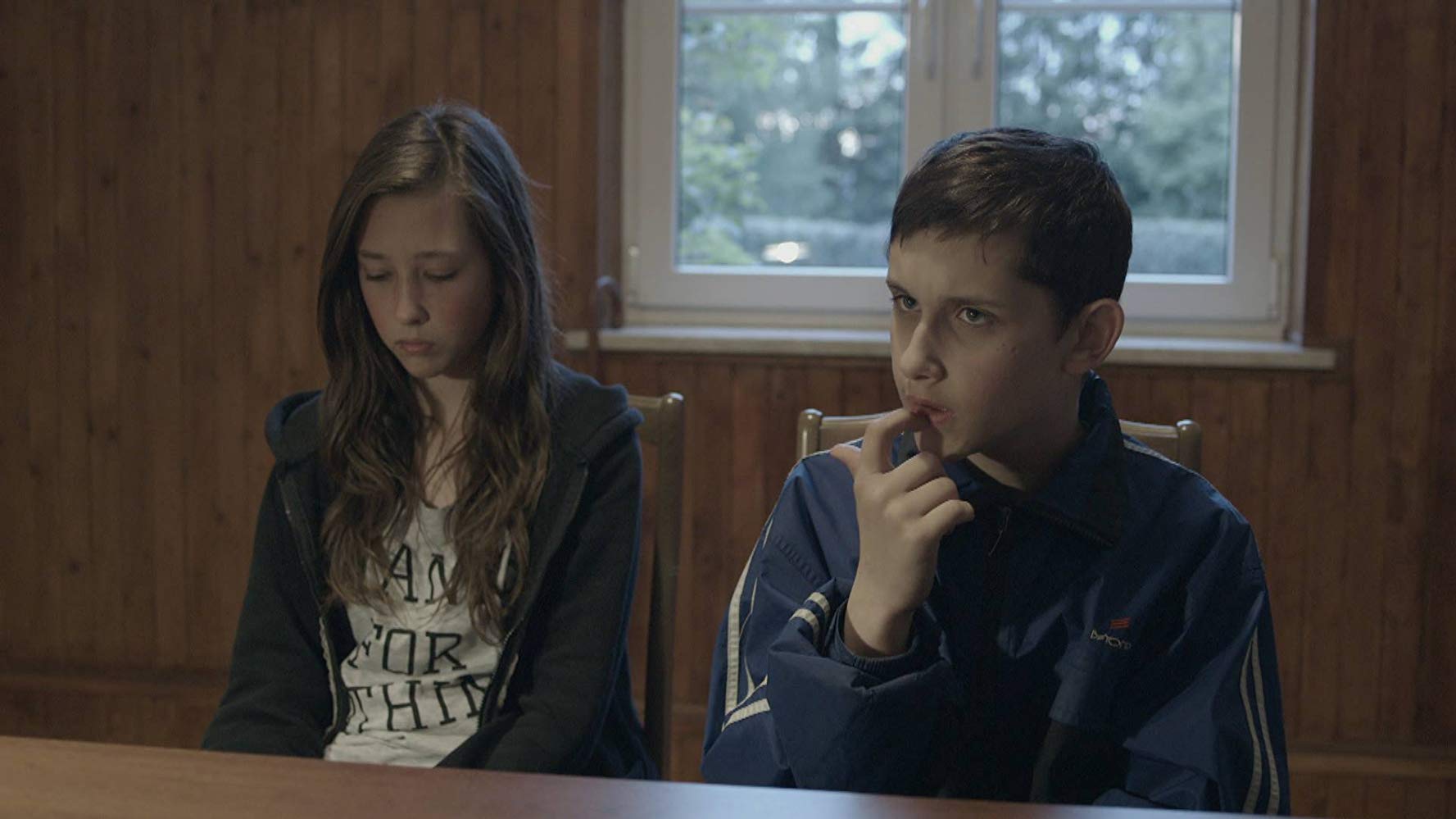 Written and directed by Anna Zamecka, Komunia (Communion) is an award-winning Polish documentary revealing a critical time in the life of Ola Kaczanowski, a 14-year-old girl, who feels responsible for her dysfunctional family. (JA: 4/5)

The story of the Kaczanowski family has two plots. The physical and superficial one is the story of 14-year-old Ola helping and preparing her 13-year-old brother, Nikodem, for his communion. However, the underlying story stems from the dynamics of Ola’s family, centering the focus on Ola and how the separation of her parents affects her and, inevitably, her brother.

Ola’s apparent motive at that moment of her life is to prepare her brother, but her ulterior motive is to bring her family back together. She hopes that the importance of her brother’s communion will bring reunite the family once more. Ola is seen multiple times on the phone talking to her mother, in an attempt to make her mother reconnect with her family. it being an interview-style documentary. The plot comes full circle, where the ending somehow brings us back to the beginning and creates a cyclical lifestyle for the family. Because Communion was shot in 35 days, Zamecka gives time for the cinematographer, Malgorzata Szylak, to be able to create the fly-on-the-wall effect and eventually create the slice-of-life aspect of documentaries. This enables the family to live and act as they would in their daily lives. The brilliant chronological flow of the story, smooth transitions, and the intimate moments captured within the story itself trick the audience into thinking it is not a documentary.

It is clear that the story is Ola’s. Her childhood is being taken away due to her broken family. She has to grow up quickly; she cooks, cleans, and takes care of her brother and her father. Meanwhile, she still has her own life that she is trying to balance, trying to maintain a normal social life. Seeing her struggle can break hearts, but being in that position gives her a certain power. It can be seen through the long-shots that focus on her while other conversations occur around her, showing the way she reacts to the conversation without the need for verbal expression. The frame creeps up on you when it begins to zoom in on her face when the social worker is threatening the father to take the children away if he does not stop drinking.

Ola’s relationship with her father, Marek Kaczanowski, is very interesting. It is clear where they both stand in each other’s lives; however, it is not clear what her relationship with her mother, Magdalena Kaczanowska, is like. The cause of the parents’ separation was never explicitly shown, frustrating the audience at times. Did Marek’s drinking cause the separation, or did he start drinking after Magda left him? Is the newborn baby from another man? Is Ola’s investment in bringing her mother back for her own sake or for her father’s?

There are many questions that Communion asks and many of them are left for the audience to interpret. There are multiple scenes where Ola talks to her mom on the phone discussing her potential return to the house.

by Farah Elattar January 4, 2019
Farah joined the FF2 Media team in January of 2018. She is a Philosophy major at Rutgers University with a minor in Women & Gender Studies, and a concentration on social justice, made possible through the Leadership Scholars Program at the Institute for Women’s Leadership. As an Egyptian woman, she sees film as a very important medium, through which the voices of the silent can be expressed. She believes that film can, and will, play an important role in changing global perspectives on problematic areas such as the Middle East which is often viewed as nothing but a conflict zone.
Previous Post Next Post