‘The Kingmaker’: Imelda Marcos, the grandeur-obsessed wife of the Philippines’ infamous dictator 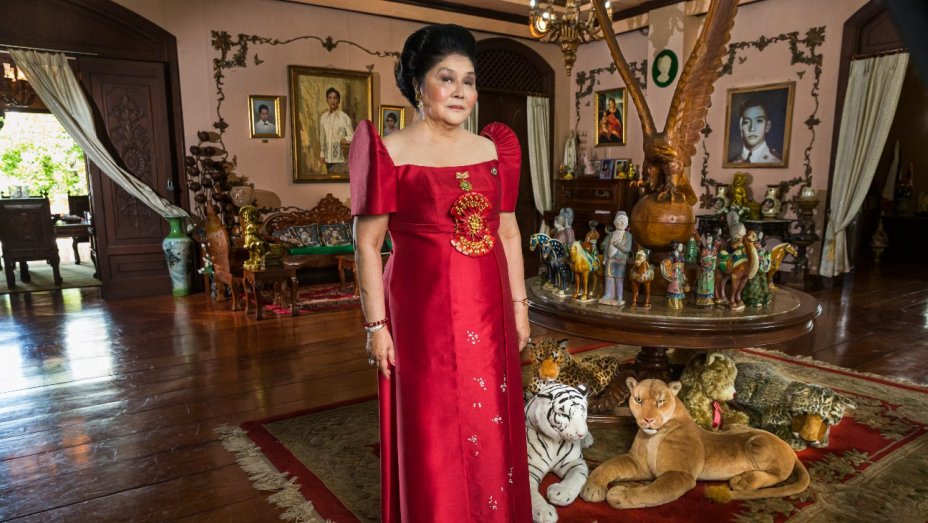 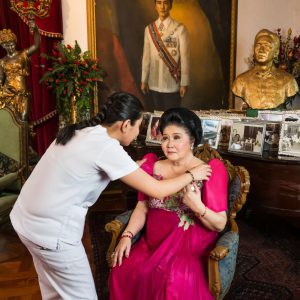 The Kingmaker, written and directed by Lauren Greenfield, is a portrayal of Imelda Marcos — the woman behind infamous dictator Ferdinand Marcos, who declared martial law in the Philippines from 1965-1982. (BV: 4.0/5.0)

The Kingmaker starts with Imelda Marcos being driven around urban Philippines. On the ride, kids stop her in the middle of the street, a relatively common occurrence. To make a living, they sell sampaguitas, food and other trinkets, wash cars and demand compensation while drivers sit in immense Metropolitan traffic. Imelda takes pity on the orphans and beggars, and gives her money away generously, rueing that ‘it wasn’t like this when the Marcoses were in power’. But someone who seems like a humanitarian, empathetic character soon evolves into something more. The generosity is fake, money alleviates poverty only temporarily; soon Imelda returns to her ornately decorated home after a day of “altruism”.

Then we begin to delve into Imelda’s real character: a woman obsessed with splendor, who has deluded herself thinking her rule was a golden age. A woman with a cheating husband, who demanded recompense. Ferdinand Marcos had an affair with an American woman, Dovie Beams; Imelda’s friends contribute her immense spending habits (from her thousands of shoes, to impulse-buying buildings in New York and imported animals from Africa) to the affairs, her questionable mental health and stress of being the first lady.

The Kingmaker shows a multifaceted character and paints Imelda Marcos as human, establishing her background and obsession with wealth. However, those reasons obviously do not give an excuse to Imelda’s wrongdoings; you will not come out pitying her. The latter half evolves into something more and finally showcases the horrors of the Marcos regime, interviewing activists for recounts of their torture. After all, Imelda was the wife of a dictator, responsible for corpses, bloodshed, and unspeakable crimes against humanity… but in the Philippines, she and her son Bongbong want to re-establish the Marcos legacy and have Rodrigo Duterte, the current Filipino president, in their pockets.

Being a Filipino-American, I already knew who Imelda Marcos was and came in with my biases, so it was very interesting to hear what the rest of the FF2 team said about the film. Julia said she thought The Kingmaker started off objectively, that before it stepped into the Marcos’s cruelties, she thought it would be a “feminist” film empowering a woman who puppeteered her husband while she has ruled. Apparently, Greenfield felt empathy towards Imelda when first meeting her, so perhaps the way the story is framed mimics her own initial impression to horrifying realization.

Though the family is proven to have so much blood on their hands, even older generation Filipinos regard him with fondness. How are the Marcos’s still in power, and regarded with such praise? After the film, I went home and decided to finally ask my grandparents what they experienced during his regime. I learned that my own family had worked for relatives of the Marcoses and felt complicated emotions stir. “Ang baiit ng tao sya”, my maternal grandparents said, “Marcos was such a nice person.”

How can they say that? you might ask; it was frustrating to even hear praises, despite what I had researched and watched. Even though the film only touches upon Imelda, both the Marcoses were incredibly charismatic — that’s how in part Marcos won the election in the first place (the first time around, at least).

My grandparents come from very poor backgrounds. They are resilient in ways I cannot even comprehend, intelligent despite lack of schooling, and so incredibly strong. The Marcoses indirectly gave them their livelihoods and ensured survival. Who am I, first-generation and westernized, to tell the older generation, those who had lived through the time, what to think? Both me and my late mother were educated; I remember discussing Ferdinand Marcos’s burial with her, her understanding of the Marcos’s corruption despite her family’s connections. But because of their labor, we had the privilege to be educated.

Then, I think of Imelda’s caretakers, the domestic workers of her own house that she barely acknowledges, her superiority complex disguised by fake humanitarian practices. Just because the Marcoses gave benefit to those who worked for them doesn’t make the rest of their crimes less deplorable.

I find that conservative Filipinos are somewhat common, especially in the older generation. The younger generation is in general becoming more accepting and liberal, but the country has a Catholic majority and traditional roots. It’s not only that, though. “Survival of the fittest” is a persisting mentality and it’s not hard to see why. Inter-generational trauma is so glaringly present: poverty is still rampant, and being colonized for hundreds of years comes with a plethora of long-standing issues that cannot be fixed in mere decades. Classism and elitism are reasons why Duterte won and also contributed to the 2019 election. Duterte speaks the language and “shows his humble upbringings”, appealing to the everyday Filipino who does not relate to the imperial and “sosyal” (a colloquial term for bourgeoisie).

Not to mention, propaganda does wonders. Cries of “fake news” and “the media” manipulate social media (coincidentally started by the Marcos regime), mentioned as the film concludes. As Imelda says, “Perception is real, the truth is not”: the perception of the golden age is present in mainstream news and even history books disguise facts. Generations, both young and old, deny statistics and still believe the lies the Marcos empire has built.

The Kingmaker was a film deeply personal to me, but I know it’s not as deep for the average moviegoer. Greenfield is known for her fascination with wealth, and thus only really shows Imelda and the Philippine politics at face value. It works as a portrait for grandeur, but Greenfield then spends the latter half of the documentary attempting an opinion, showing activist faces to inform those watching of injustices and corruption. More actual political context, background on Philippine politics and historical references to the Marcos’s rise in power would have been immensely helpful — though I do understand why she did not include them, as the main subject is Imelda. Nonetheless, the Aquinos are of “lesser evils”, but still have blood on their hands. The Cojuancos, Cory Aquino’s family, are responsible for Hacienda Luisita among other things; as a Filipino-American, I admit I do not know the full extent of the country’s political history, but one thing is for certain. The state of Philippine politics is corrupt beyond imagination, with many politicians self-serving and only concerned with their own power… but in regards to the documentary that’s irrelevant.

If you’re interested in learning more about Filipino martial law, I recommend the book Dogeaters by Jessica Hagedorn. Overall, it was riveting to see an American filmmaker tackle a figure from my country of origin. The film also has obviously high production value and beautiful framing. Despite my nitpicking, I do believe that The Kingmaker is an insightful look into the Marcoses for Americans who know nothing of Imelda or of Philippine politics. 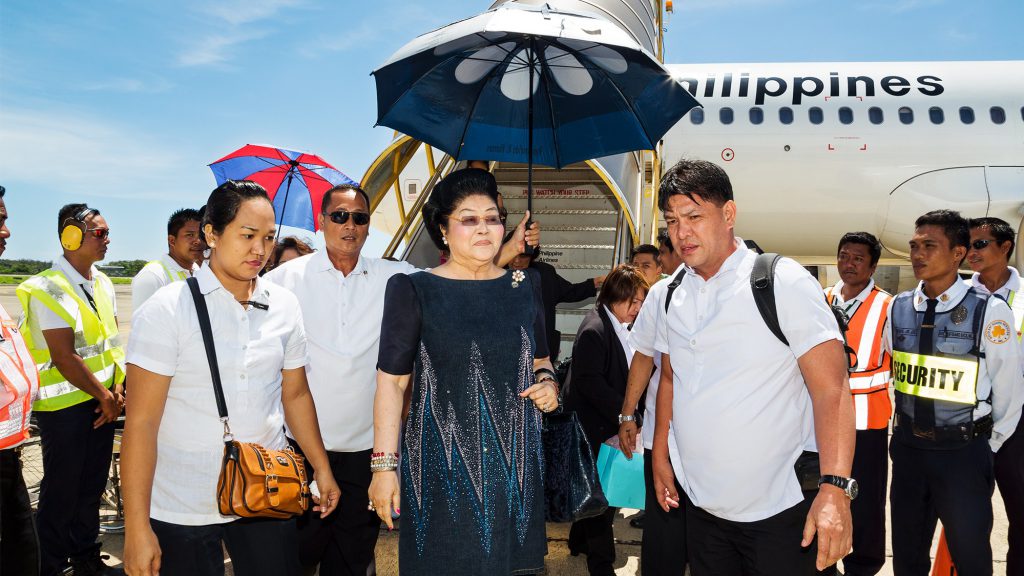 Does The Kingmaker pass the Bechdel-Wallace test?

It does. Plus, the main subject is a woman who speaks of her perception of history. 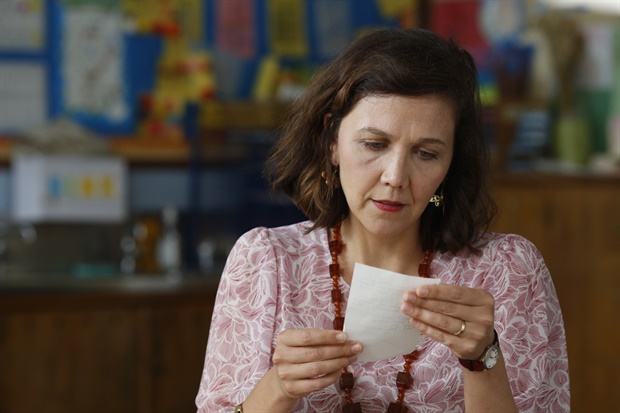 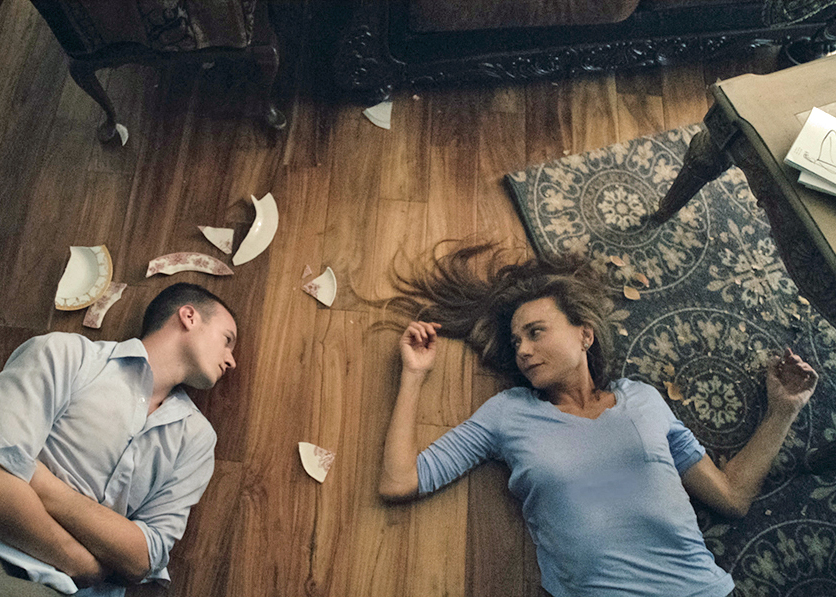