THE PRIZE WINNER OF DEFIANCE, OHIO

Based on Terry (“Tuff”) Ryan’s best-selling 2001 memoir The Prize Winner of Defiance, Ohio: How My Mother Raised 10 Kids on 25 Words or Less, Prize Winner is an Eisenhower-era haunted house movie in which the monsters are bankers, milkmen, priests, and policemen, while the damsel-in-distress is a tenacious Catholic housewife.

Evelyn Lehman was a budding young journalist when she met and married Leo (“Kelly”) Ryan in 1936, and like so many talented women of her generation, she put aside career ambitions and devoted herself to raising a family. But Kelly turned cruel under the weight of his responsibilities, and when he started drinking away his paycheck every night, Evelyn looked for a way to make her verbal skills profitable. She turned contesting into a family sport, and became one of the biggest money-makers of the ‘50s.

Julianne Moore gives a performance of incredible depth & nuance: smiling on the outside; screaming on the inside. When Richard said later he’d felt claustrophobic, I replied: D’uh!!! (JLH: 4.5/5)

Click HERE to read my full review for Digital Filmmaker

Follow link to dowload DF review as a pdf: https://www.thehotpinkpen.com/wp-content/uploads/2008/01/ThePrizeWinnerReviewDF.pdf

Top Photo: Evelyn (Julianne Moore) watches TV with her kids. She is always thinking up answers for the next quiz.

Bottom Photo: Husband “Kelly” (Woody Harrelson) never means to do wrong, and yet, every time Kelly gets drunk, Evelyn must be made to pay for her success and his own self-disgust.

Q: Does The Prize Winner of Defiance, Ohio pass the Bechdel Test?

In addition to scenes with her daughters (primarily Tuff), Evelyn develops a relationship with “Dortha Schaefer” (Laura Dern). Mostly they exchange letters, but in one brilliant and poignant sequence, Tuff helps them finally meet face-to-face. 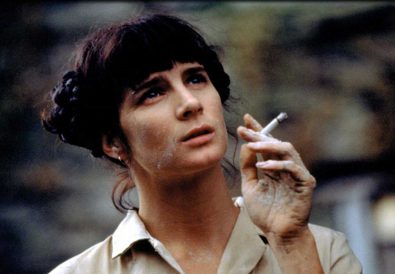 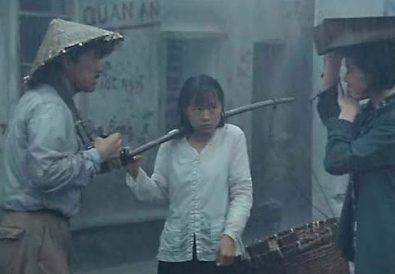