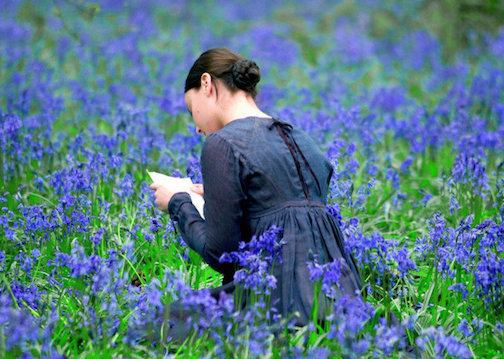 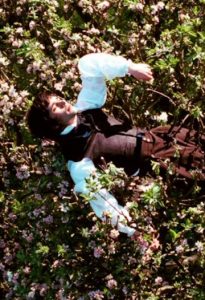 Bright Star is the story of a woman named Fanny Brawne who falls deeply and hopelessly in love with a frail young poet. After he’s dead, this man becomes the famous John Keats, but when she first meets him, John is a lonely, solitary fellow with sad eyes and thin shoulders. John dedicates poems to Fanny (some of which are now considered among the greatest treasures in the English language), and he sends her swooning letters filled with sensuous imagery.

Fanny is in a fever as she wanders the heath awaiting his next letter. Young girls long for this romantic enthrall; grandmothers reminisce about it tenderly, and in Bright Star, Fanny’s mother and sister live vicariously through every moment of exaltation and despair.

The first time I saw Bright Star, I left the Chicago Critics Screening Room thinking: “I can’t wait to see this film again!” That’s a good news/bad news message. The good news is that I really loved Bright Star, and I knew I would appreciate it even more after I’d done some homework. The bad news is that if you go in cold, you might leave cold too.

John Keats dies of tuberculosis at the age of 25.

If Bright Star were a biographical film (“a BioPic”) about English poet John Keats, then giving away the ending would either be old news or absolutely unforgiveable. But Bright Star isn’t really about John Keats (1795-1821) at all; it’s about his muse, his “bright star” Fanny Brawne, and John’s imminent death is a constant in her life from the very beginning of their brief relationship.

When Fanny (Abbie Cornish) first meets John (Ben Whishaw), he’s a lonely, solitary fellow with sad eyes and thin shoulders. He has almost no money and his family connections are limited, but he has good friends who suspect a talent he’s only just finding for himself. One friend, Charles Brown (Paul Schneider), offers him shelter in his own home–Wentworth Place–and John soon becomes acquainted with Brown’s neighbors, the Brawne family.

Fanny’s mother, Mrs. Brawne, is a widow with three children, first Frances (“Fanny”), then Samuel, then Margaret (“Toots”). Her small estate is encumbered by her late husband’s debts, and she has raised Fanny to be as sensible and independent as the times will allow.

But soon after meeting, Fanny and John realize they are soul mates, and a doomed two year romance begins. Mrs. Brawne and Mr. Brown both try to intervene, but it’s already too late. John watched his beloved younger brother–Tom–die of tuberculosis, so he recognizes his own susceptibility. Fanny knows the symptoms too; she lost her father to the same disease. Why persist?

Early in their relationship, John teaches Fanny the secret of poetry: we don’t dive into a pond so as to reach the shore; we swim to enjoy the water. Just so, John’s death is a given, and Jane Campion’s film is all about sensuous immersion.

The pace is slow, the language is formal, and 19th century social conventions require these lovers to sublimate their physical desires. But they achieve consummation through poetry, with words now affirmed to be among the most beautiful ever written in the English language.

The closest cinematic parallel is Shakespeare in Love, in which William Shakespeare’s muse is “Viola De Lesseps” – a character created by screenwriters Marc Norman and Tom Stoppard to meet the needs of a love story told from Will Shakespeare’s point-of view. Jane Campion, on the other hand, doesn’t need to fabricate any characters. She knows Fanny Brawne’s voice from the letters she wrote to John’s sister after his death. 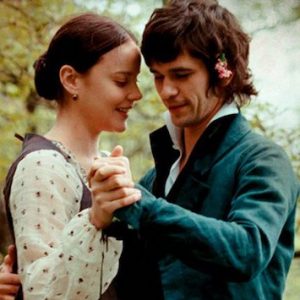 We know Fanny wrote letters to John as well; she saved all the letters he sent her, and his letters reference hers. But where are these letters now? Painter Joseph Severn (Samuel Barnett) cared for John during the last months of his life, and he told everyone that John’s dying wish was to have Fanny’s letters buried with him in his casket. So we must take Severn’s word for this historical outcome; we will never know for sure if John deliberately or inadvertently acted to silence her.

When I spoke with Jane Campion, she told me: “Things for me work best when they’re both literal and metaphoric – they’re part of the story, but they carry more meaning than their literal weight.” The literal destruction of Fanny’s letters isn’t a story Campion can tell in Bright Star, but I can tell this story, with all its implicit metaphoric content.

Campion herself luxuriates in the ardent letters John wrote to Fanny. The middle of the film is almost entirely devoted to quotes from actual letters John penned from the Isle of Wight. The first one is dated July 3, 1819.

Ask yourself my love whether you are not very cruel to have so entrammelled me, so destroyed my freedom… I almost wish we were butterflies and liv’d but three summer days—three such days with you I could fill with more delight than fifty common years could ever contain…

Be as kind as the distance will permit to your
J. Keats

Keats goes to the Isle of Wight; Keats goes to Winchester Cathedral; Keats is out and about in London. Meanwhile, Fanny wanders the heaths surrounding Wentworth Place, waiting feverishly for letters which she devours hungrily and then reads over and over and over again. And yet, here is John, in voiceover, complaining about his “entrammelled freedom.”

Perhaps there are some women who don’t know the agony of “passive” waiting, but I can easily picture my younger self in just such a state. Girls long for this romantic enthrall; grandmothers reminisce about it tenderly. For Fanny, it’s all new. Who can possibly understand her? But Campion shows two people living vicariously through every moment of exaltation and despair—her mother Mrs. Brawne (Kerry Fox) and her sister Toots (Edie Martin). Campion’s brilliant invocation of the butterflies in John’s letter is Bright Star’s most purely cinematic sequence.

As Campion told me at the end of our conversation: “What I love about this story is that they were that innocent and pure, and feeling love for each other and getting close and being connected, and then melding their identities into the Keats/Fanny identity, which is where they lost themselves. All psychotherapeutic advice would be ‘keep your own identity, and then merge and separate and merge and separate.’ Well, they didn’t.”

I never read my colleagues’ reviews until after I’ve seen a film for myself, but sometimes I read some of their reviews later, and I scratch my head: did they see the same film I saw???

In this specific case, many of my colleagues knew they were seeing a story about Fanny Brawne made by a prominent woman filmmaker. Nevertheless, you can tell from their reviews that they kept hoping for a John Keats BioPic anyway.

They’re all abuzz about the dynamics of the Fanny/Keats/Brown triangulation, but they have almost nothing to say about either Mrs. Brawne or Toots. I feel for my colleagues, really, I do, but here’s my message to them: You serve your readers best when you review the film you actually see.

To read my chat with Jane Campion, visit: www.films42.com/chats/JaneCampion.asp

Fanny has many interactions with both her mother & her sister — from the mundane to the profound — that have absolutely nothing to do with John Keats… and often that is because Fanny is deliberately hiding her heart and keeping precious secrets to herself. 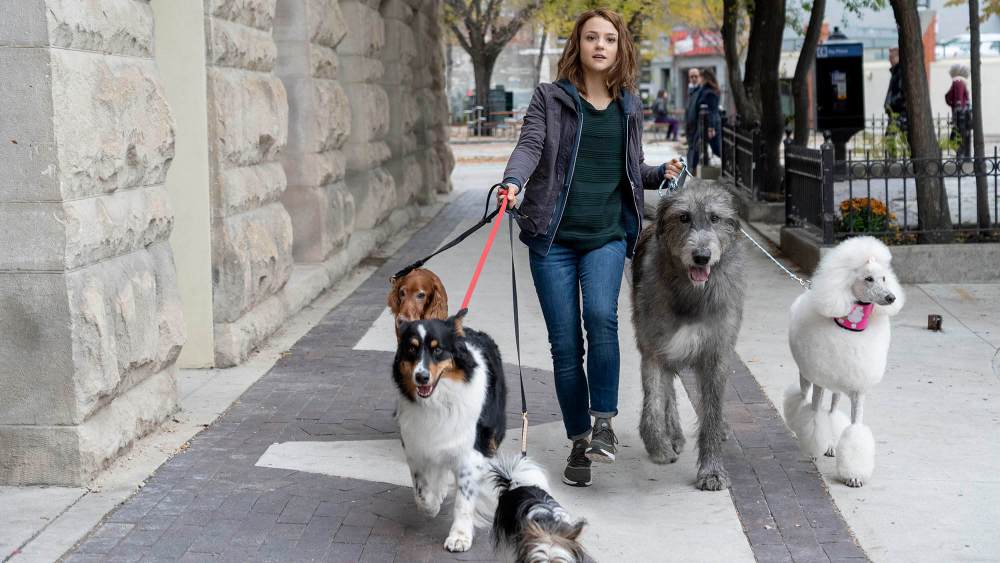 ‘A Dog’s Journey’ is Sweet but Overly Heartbreaking 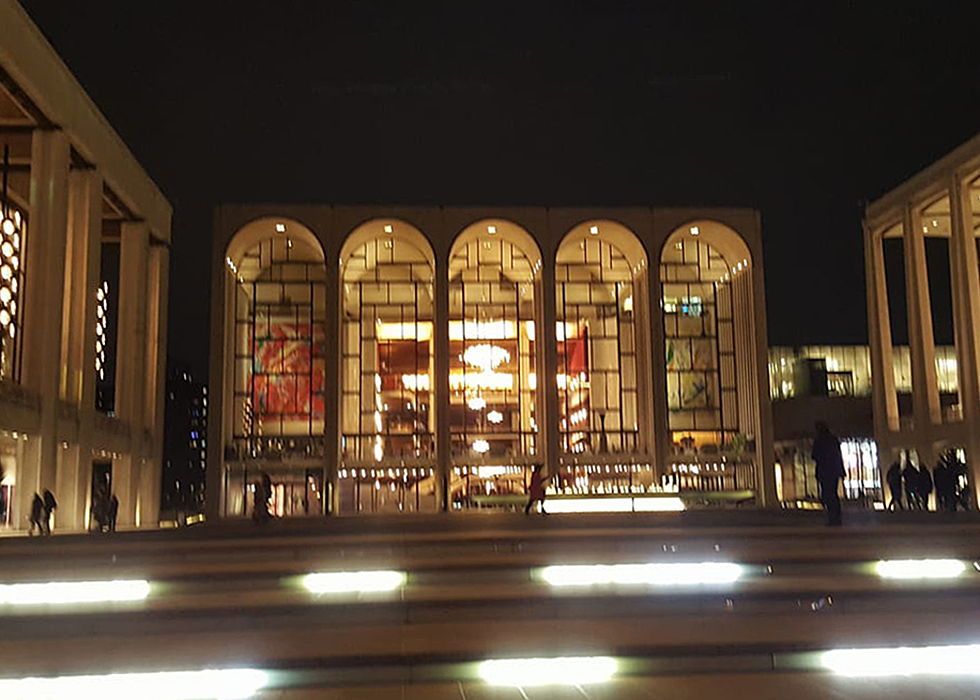 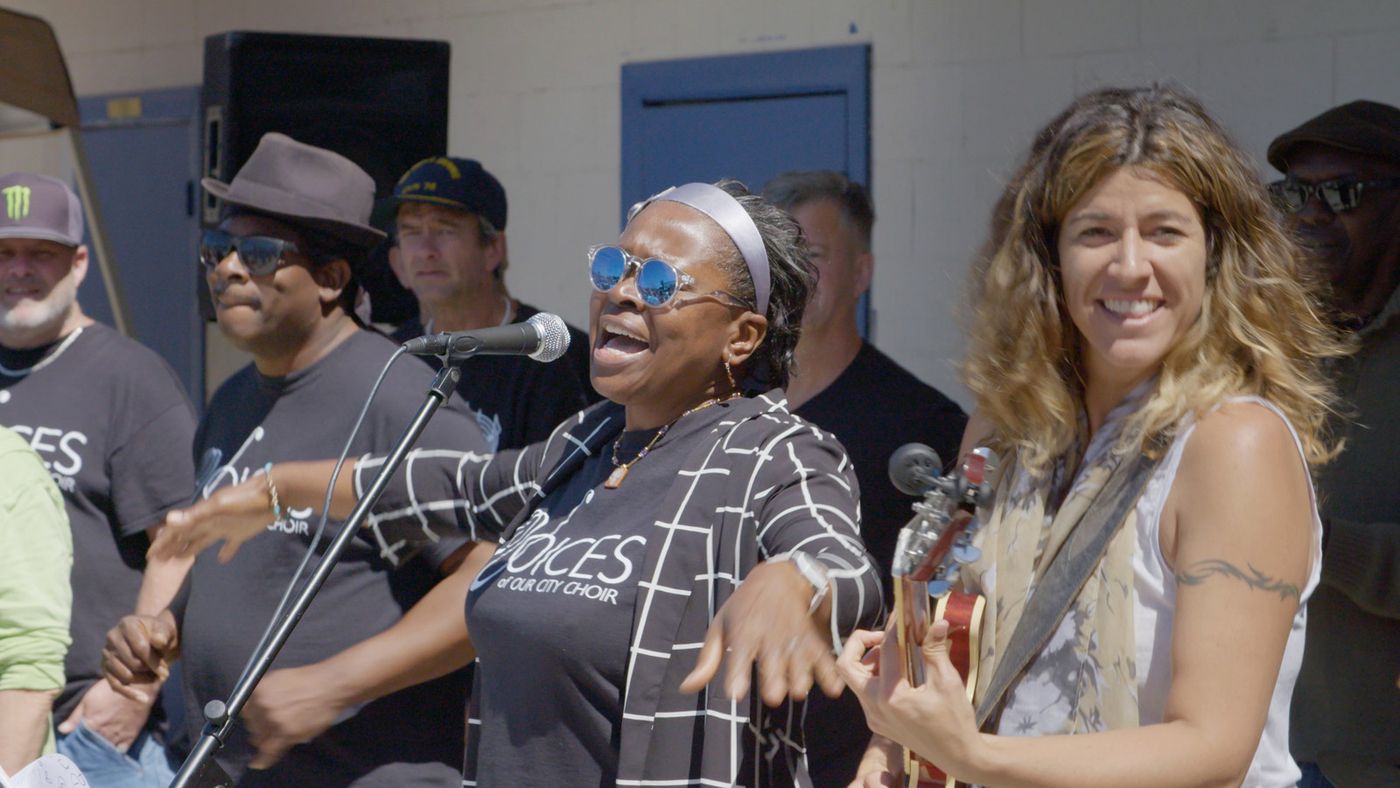