Posted today in the Chicago Sun-Times:

An advocate for films by and about women

In the menagerie that informs the life of Chicago-based film critic/activist/author Jan Lisa Huttner, there are lots of swans, especially pens.

And March, which just happens to be Women’s His­tory Month, went roaring out with lions. Metaphorically speaking, that is. These “lions” were films either written or directed by women, with strong heroines, such as The Hunger Games, Musical Chairs and Mirror Mirror.

Huttner believes in championing female-focused films; so much so that she started blogging under the nickname Penny at thehotpinkpen.com. (A pen is a female swan.) She’s also the film critic for the San Francisco-based non-profit group WomenArts. Her recently published book, Penny’s Picks: 50 Movies by Women Filmmakers, 2002-2011, compiles reviews that she’s written for her blog and other outlets. (With husband Rich Miller, she also writes reviews for their site Films for Two: The Online Guide for Busy Couples.)

But Huttner quickly points out: “I see myself more as an activist than as a film critic.” Her background is in psychology; she has masters degrees in this field from Harvard and the University of Chicago. “The same questions come to bear every day,” she said. “How do you as a writer separate out what you bring to it and what the thing is in itself? These questions still guide my approach [to films].”

Before picking up her hot pink pen, in 2004 Huttner launched the grassroots initiative WITASWAN — Women in the Audience Supporting Women Artists Now. Through this movement, she and fellow advocates established International Swan Day, a holiday that celebrates women artists. Since its birth in 2008, Swan Day has inspired more than 700 events in 21 nations.

Swan Day falls on the final Saturday of March; last weekend, which marked the fifth annual event, saw Huttner leading a group to watch Mirror Mirror — a Snow White tale directed by a male (Tarsem Singh) but based on a story by writer-director Melisa Wallack (who’s now working on the film Emily the Strange).

In a happy coincidence, Mirror Mirror, which features costumes by the Oscar-winning designer Eiko Ishioka, even offers a swan motif. As Huttner wrote on her blog: “I could hardly believe my eyes — a film opening on the eve of the 5th annual International SWAN Day, based on a story crafted by a woman filmmaker and featuring the lead actress in an actual swan outfit?”

The mixed reviews for Mirror Mirror also point to one of Huttner’s theories: that male critics often dismiss or don’t get female-focused films. The mostly male reviewers represented on metacritic.com gave Mirror Mirror a 47 (on a 100-point scale) but Hutt­ner recommends it, as did Claudia Puig in USA Today and Sun-Times contributor Nell Minow on beliefnet.com. (Manohla Dargis of the New York Times and Liza Schwarzbaum of Entertainment Weekly, however, deviated from the sisterhood and didn’t like it, either.)

Huttner understands this and doesn’t automatically endorse all female-made or focused films. For instance, she didn’t much care for indie darling Miranda July’s The Future: “The first half was so awful but by the end, thank God, I had stayed in my seat. When we saw it [last summer], it was two months before Occupy Wall Street started. She anticipated that angst of young people, wondering where do we go from here?”

But the years that Hutt­ner spent in a male-dominated corporate culture, first at Peat Marwick and later as a consultant, underscored how America remains a man’s, man’s, man’s world. She strongly believes in the power of positive change, however, and refuses to get discouraged. Referring to Princeton professor Kwame Anthony Appiah’s 2010 book The Honor Code: How Moral Revolutions Happen, Huttner seconds its conclusion: “When change happens, it all turns over very quickly.”

Meanwhile, she’s content to advocate for change, one film at a time. She applauds the 2011 documentary Miss Representation, which, in the words of its writer-director Jennifer Siebel Newsom, “explores how mainstream media contribute to the underrepresentation of women in positions of power and influence” and “challenges the media’s often disparaging portrayals of women and girls.”

Perhaps not surprisingly, the documentary failed to receive a national release; it aired last fall on the Oprah Winfrey Network and comes out on DVD next week.

Films like Miss Representation will receive a better fate, Huttner insists, when “more women go to the movies and support women filmmakers. When we vote with our dollars, Hollywood notices. And then this gives more women the chance to express themselves.” Citing research by professor Martha Lauzen at San Diego State University, she notes that men write and direct almost 90 percent of all Hollywood films. “The only way an artist gets to make better art is to get more chances to do so,” Huttner said. “The only way someone gets better is by practicing their craft.”

Huttner finds encouragement from a surprising constituency. “It’s fascinating that the people who are the most supportive are fathers of daughters. I get a lot of pushback from women, especially those who don’t want to ask their husbands to do one more thing. [Part of the WITASWAN movement is a pledge to watch at least one female-made or focused film each month.] Fathers tell me, ‘Keep doing what you’re doing. I want the world to be a better place for my daughters. Nobody tells my daughter what she can’t do.’ ”

Chicago-based writer Jan Lisa Huttner, who blogs about films at her site, thehotpinkpen.com, takes in a screening at the Showplace Icon cinemas. 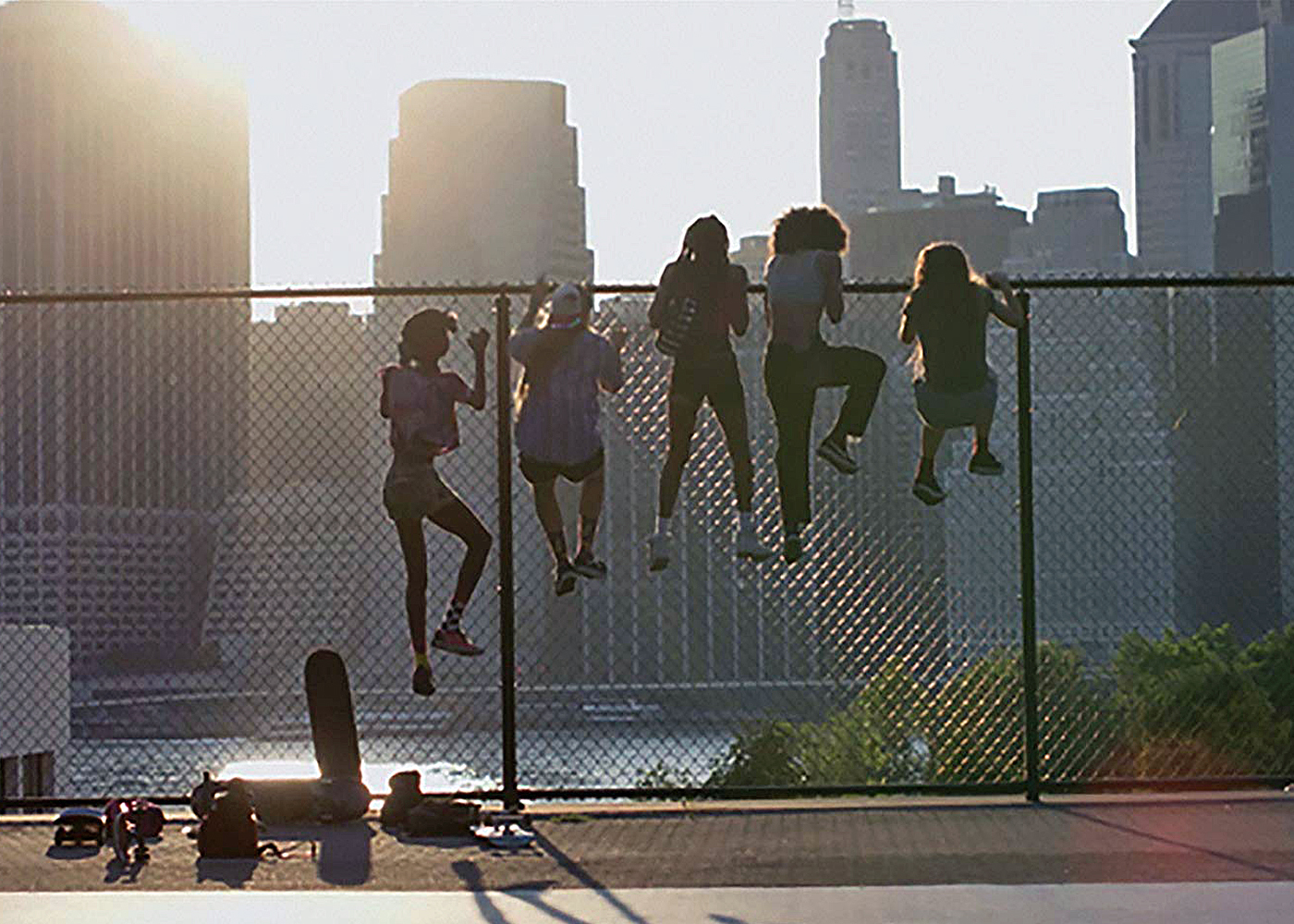 18Aug10: The FF2 Week in Review by Jan Lisa Huttner