Katie is on the run with a Boston cop in hot pursuit. When her bus arrives at a low-key North Carolina beach town she decides to stop for a breather… & ends up falling for a widower & his two cute kids… Rich hated this, but Jan’s heart won over her head. Plot holes? Sure! But great chemistry between Julianne Hough & Josh Duhamel saves the day, plus Lyons is really scary as the cop! Safe Haven a “guilty pleasure.” Click HERE for our FF2 haiku.

Swedish director Lasse Hallstrom has never made a film I didn’t like. True I haven’t seen all 34 of them, but the ones I have seen (including personal favorites like The Cider House Rules, What’s Eating Gilbert Grape, and the recent Salmon Fishing in the Yemen ) have all had strong characters and great production values, so I’ve never been sorry when I’ve ignored my [mostly male] colleagues and let my heart lead the way. No, I don’t think Safe Haven is one of Hallstrom’s best, but it is way better than the dismal 13% score on Rotten Tomatoes indicates.

Based on a novel by prolific Nicholas Sparks, the setup of the screenplay by Leslie Bohem and Dana Stevens is straightforward: “Katie” (Julianne Hough) is on the run. With help from a neighbor, she manages to change her appearance just enough to elude the Boston policemen on her tail. After a long bus ride, she takes a stretch break at a lowkey resort on the Carolina cost and decides to stay on for a bit.

Katie fully intends to keep everyone in town at arm’s reach, but she inevitably becomes involved in the daily life of her tiny new community. Taking an immediate interest in Katie is “Alex” (Josh Duhamel), the widower who runs a convenience store just off the beach. Also befriending her is a neighbor named “Jo” (Cobie Smulders). Katie tries to resist Alex, but Jo tells her all the details of his loss and keeps encouraging her to give Alex a chance.

I last saw Julianne Hough in Rock of Ages and I was really hard on her, so I was surprised to find her acting so moving in Safe Haven (and thankfully no singing is required). She has strong chemistry with Duhamel (in a performance that seems to add just the right self-mocking touch) and she develops a good flow with Smulders during their several walking/talking conversations.

Alex has two kids: “Josh” (the son who remembers his dead mother and is still mourning her) and “Lexie” (the daughter who does not remember her dead mother and longs for a new mom). Frankly Josh and Lexie are the weakest elements in Safe Haven (cloying, obvious, too cute for their own good), but their presence is required to set up the ending. Because what a story like this requires is a truly terrifying villain, and Australian actor David Lyons, playing “Tierney” (one of the Boston cops) provides one.

Midway through, just as Katie starts to hope that she can settle in, Tierney makes a visit to Katie’s neighbor, and that’s the first time we know for sure that his interest is more than professional. But to Hallstrom’s credit, the reveals are well-placed and harrowing. By the time Katie realizes she’s in jeopardy, we loathed him and we are totally on her side.

I’m not ashamed to say that I cried at the end, and so did the two gals to my left. And when I got to the Ladies Room, most of the women on line were dabbing their eyes too. So kudos to Lasse Hallstrom: there is no need to apologize for the occassional “guilty pleasure,” and Hallstrom is one of this genre’s true masters!

PS: Screenwriter Dana Stevens also wrote the Kevin Costner/Kelly Preston film For Love of the Game about an aging pitcher–a baseball film that’s not quite up to the Bull Durham gold standard, but is still really good all on its own. In times of tension, I hear the little voice in my head say: “Clear the mechanism.” 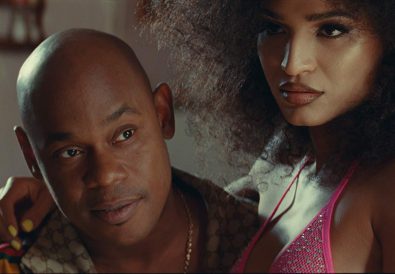