Maisie (Onata Aprile) is a resourceful kid accustomed to parental bickering, but she suffers when both parents (Julianne Moore & Steve Coogan) prove equally incapable of living within the terms of their joint custody agreement. Loosely based on a Henry James novel, the first half perfectly captures a child’s first person POV, but Grade A production values & excellent acting don’t help when plot unravels in second half. Click HERE for our FF2 haiku.

Maisie is living a Manhattan nightmare. On the one hand, she’s got all the material things a young girl could ever want (adorable clothes, great toys, and lots of school friends). On the other hand, her parents aren’t getting along and the atmosphere inside her home has become toxic. And so, before long, Maisie and her nanny are sitting on a bench outside a courtroom while lawyers debate the terms of a joint custody agreement.

What Maisie Knew, based on an 1897 novel by Henry James, takes Maisie’s basic situation and cleverly updates it to our own time, beautifully capturing how dependent children are on their families of origin whatever their place in the arc of human history.

In Maisie’s case, her mother “Susanna” (Julianne Moore) is a rock musician, her father “Beale” (Steve Coogan) is an art dealer, and “home” is a gorgeous multilevel apartment somewhere below midtown with plenty of space and privacy (not to mention a little onsite recording studio). So it goes without saying that all this must cost a fortune, but there’s no evidence of family money, and maintaining their plush standard of living is implicitly one of the strains on the Susanna/Beale marriage.

The other huge strain is travel. Both parents are road warriors. Susanna tours the USA in a custom bus while Beale flies back and forth to Europe. And even when they are at home, Beale is almost always on the phone, enraging Susanna all the more.

“Maisie” (Onata Aprile) has learned to be resourceful, taking most of the chaos in her surround for granted. When food arrives, Maisie calmly answers the door, instructs the delivery guy to wait while she brings cash for his tip, and then takes the pizza box up a flight of stairs so that she and her nanny can eat dinner together in the kitchen.

At age 6, Maisie is already extraordinarily self-possessed and wise beyond her years. She is especially good at managing adults, handling her parents, her nanny, her teachers and her doorman as adroitly as she does the pizza guy. Maisie is never peevish or fussy and she never has temper tantrums. She simply expects the little things to right themselves, and amazingly they all do.

But the big things are too big for little Maisie. After one fight too many, Susanna locks Beale out and they head to court. And as soon as their divorce is final, Beale springs a trap: he remarries and petitions the court for custody. Afraid that Beale’s new domestic arrangements might appear more stable than her own, Susanna quickly marries too. The result is that two relative strangers have now been sucked into the muck.

Money being more of an issue than ever, Susanna and Beale must each make more of it. So with both of her parents spending most of their time on the road, joint custody now means that Maisie will be passed back and forth not between her parents but between their spouses. And by this point the plot has stretched thin and I have grown skeptical.

The strength of the screenplay (by Carroll Cartwright and Nancy Doyne) is its scrupulous adherence to Maisie’s point of view. Tiny Onata Aprile is in almost every scene, and even when we get brief glimpses of Susanna and Beale behind closed doors, we are always anchored by Maisie’s physical presence (for example, she is alone in her bedroom listening to them argue).

Although I have not read the 1897 novel, I have read other Henry James novels, and I suspect the weakness of the screenplay is that Cartwright and Doyne have tried too hard to preserve the novel’s original structure. Money simply isn’t managed the same way in the 21st Century as it was in the 19th Century, and the financial circumstances of the two new spouses (played by Alexander Skarsgård as Susanna’s husband “Lincoln” and Joanna Vanderham as Beale’s wife “Margo”) are beyond belief. By the time these three—Lincoln, Maisie, and Margo—made their way to a picturesque beach cottage, my patience with the plot was long gone.

This is a shame because co-directors Scott McGehee and David Siegel have set What Maisie Knew in a lovely frame and made excellent casting choices. There is never any question that Susanna and Beale treasure their daughter and always want the best for her. They both regret time spent away from Maisie (knowing they are emotionally remote even when physically at home), so they surround her with stuff to show their love. Even Lincoln and Margo are treated as “stuff,” living “toys” that Maisie can play with so she is never alone. Susanna and Beale each accept their own guilt as part of the price they pay—individually and collectively—for their lifestyle.

Julianne Moore has several lovely scenes with Onata Aprile, making it easy to accept Susanna as a working mother in extremis, modern, accomplished, and stressed to the max. Steve Coogan also has a terrific scene in which he offers to take Maisie to London, only to realize he will never be able to put the pieces together. McGehee and Siegel have coached Onata Aprile well; she stays perfectly still and doesn’t say a word, but through her eyes, we see a father shrivel, lose all self-respect, and distance himself from his daughter (maybe forever).

So there is a great deal to like in What Maisie Knew, but I wish McGehee and Siegel had found their way to the end of a more honest arc. 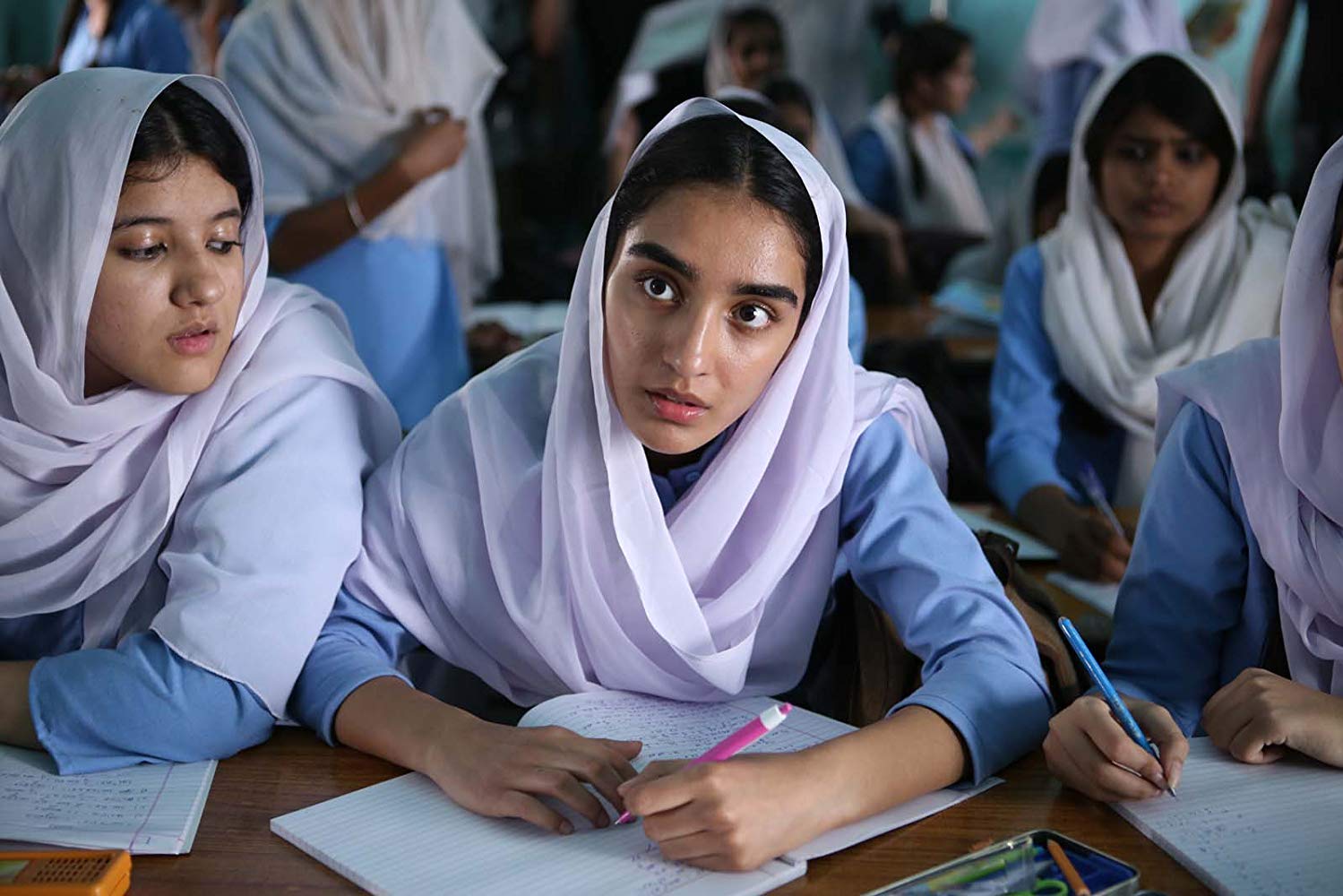 ‘What Will People Say’ is an excellent depiction of cultural conflict 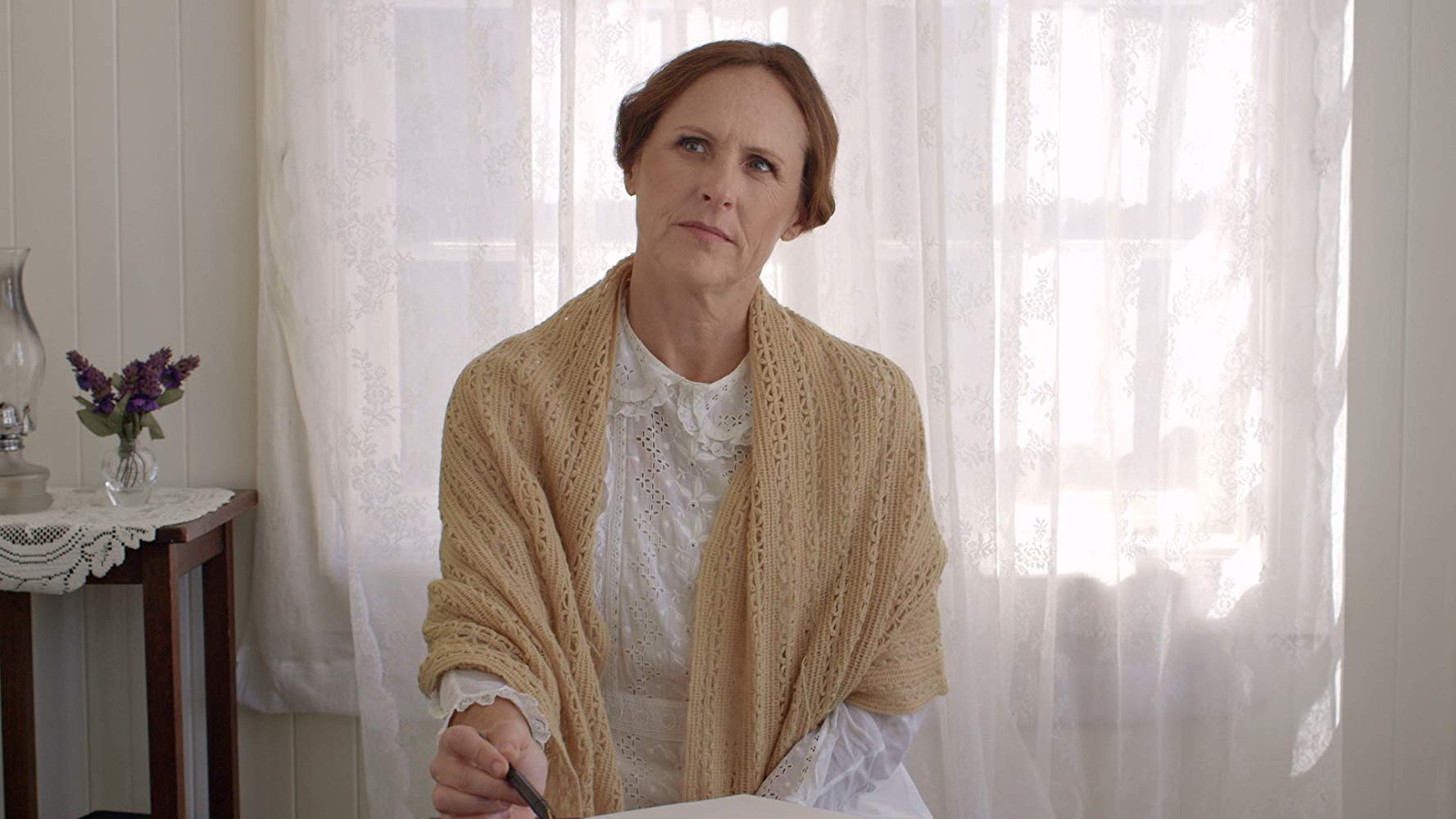