Young Jewish matron (Kathryn Hahn) who appears to have everything questions her choices & wonders how to make a good life for her family… & herself. Like the run of SIX FEET UNDER (during which writer/director Jill Soloway was a core team member), film takes some unexpectedly dark turns to rare & heartfelt places. Plenty of laughs but also some tears.

Brilliant first feature. BRAVA! (JLH: 4/5) HIGHLY RECOMMENDED by both of us. Click HERE to read our FF2 Haiku.

CAUTION: Afternoon Delight is a film that takes some unexpectedly dark turns. Adults only please.

Afternoon Delight is the story of a 30something woman named “Rachel” (Kathryn Hahn) who finds herself in an unexpected position: relatively wealthy and surprisingly alone. Rachel knows how lucky she is to be who she is and have what she has, but that knowledge gives her no consolation; the words of gratitude keep circling around in her head but never quite make it down to her heart.

With all the trouble in today’s world, why spend time with Rachel? Who cares what her story is? Can it really be worth telling?

In an era of political correctness, we are conscientiously taught to respect people who are different from us, but that often means the people most like us must bear the brunt of our frustrations. How often have I read movie reviews that tell me how trivial “first-world lives” are, especially the lives of “privileged first-world women.”

When Diane English, who won three Primetime Emmys for her beloved TV series Murphy Brown, dared to release a remake of The Women in 2008, the critics pounced. Then they battered Aline Brosh McKenna for her adaption of the bestseller I Don’t Know How She Does It which was released in theatres in 2011. (Here’s a sample from the snarky comments posted on Rotten Tomatoes: “Oh, look; it’s rich people in beautifully appointed houses and they’re worried that the nanny might not arrive on time… BooHoo.”)

I’m sure writer/director Jill Soloway knew all of this when she pitched Afternoon Delight to producers, but she kept going anyway. Soloway genuinely cares about the Rachels of the world, and I promise that if you give Afternoon Delight a fighting chance, you are likely to find yourself caring a lot about Rachel too.

When the story begins, Rachel and her husband “Jeff” (Josh Radnor) are in a state of transition. Jeff has just created a hugely popular ap called the “eMeetacon.” Asked early on if he likes his job, Jeff responds with ambivalence: “I used to… we recently got bought… merged… well there are a lot of words to describe what happened…” But later, he owns up: “I am now in a situation where people depend on me and that means something to me.”

Because Rachel is Jeff’s wife, she has been carried aloft by his success. The good news is that she has a beautiful new home in a lovely LA suburb, but the bad news is that her husband now spends all of his time either at work or on the telephone. Then there’s “Logan” (Sawyer Ever), their son. Logan is five and has just started school, so that leaves Rachel with even more time on her hands. How to fill it?

At first Rachel follows the path of least resistance, taking on projects assigned to her by the well-intentioned and ferociously well-organized volunteer coordinator at the East Side JCC. Rachel is smart enough to know she can’t save the world, and even though she has a degree in journalism, she no longer aspires to be a war reporter. But when Rachel meets a strip club dancer named “McKenna” (Juno Temple), she finds her cause. Jeff is instantly skeptical, of course, but Rachel is determined: “What if I robbed McKenna of her one chance?” The dye is cast: Rachel will save McKenna even if McKenna has no interest in being saved.

If you have no sympathy for her, Rachel’s behavior will seem ridiculous. But if you see Rachel as someone who genuinely wants to do good, then you will feel for her. This time the mismatch is in the other direction: Her heart is taking the lead, overriding all the words of caution in her head. Who is using whom? The concepts of give and take quickly blur, and both women move beyond socially-acceptable boundaries with emotionally wrenching consequences.

The success of Afternoon Delight rests on impeccable casting in the three lead roles (Rachel, Jeff, and McKenna), augmented by finely-calibrated contributions in all the major supporting roles as well. John Kapelos, Jane Lynch, Annie Mumolo, Jessica St. Claire, Josh Stamberg, and Michaela Watkins all give strong performances. No matter how far-fetched the storyline may sound in the abstract, Soloway (who learned her craft as a writer/producer for the HBO series Six Feet Under) has created three dimensional arcs for each of these nine actors and they are all fully present in their roles.

Now remove all the particulars and Afternoon Delight becomes a timely meditation on identity for young Jewish Americans coming of age in the first part of the 21st Century. They have been raised to believe in the cultural imperative “repair the world.” Help! Do something! But what? How can anyone “help” in a world filled with so many good intentions gone bad? Who can outfox the law of unintended consequences?

In the well-earned conclusion, Rachel decides she wants to light candles to honor the Sabbath, but she doesn’t quite know how. No matter, despite all of their missteps, we leave Afternoon Delight certain that somehow Rachel and Jeff, together, will figure it out.

Penny’s Addendum: For the record, here are my own reviews of The Women and I Don’t Know How She Does It. I really liked both of these films, so I recommend them both to you on DVD. 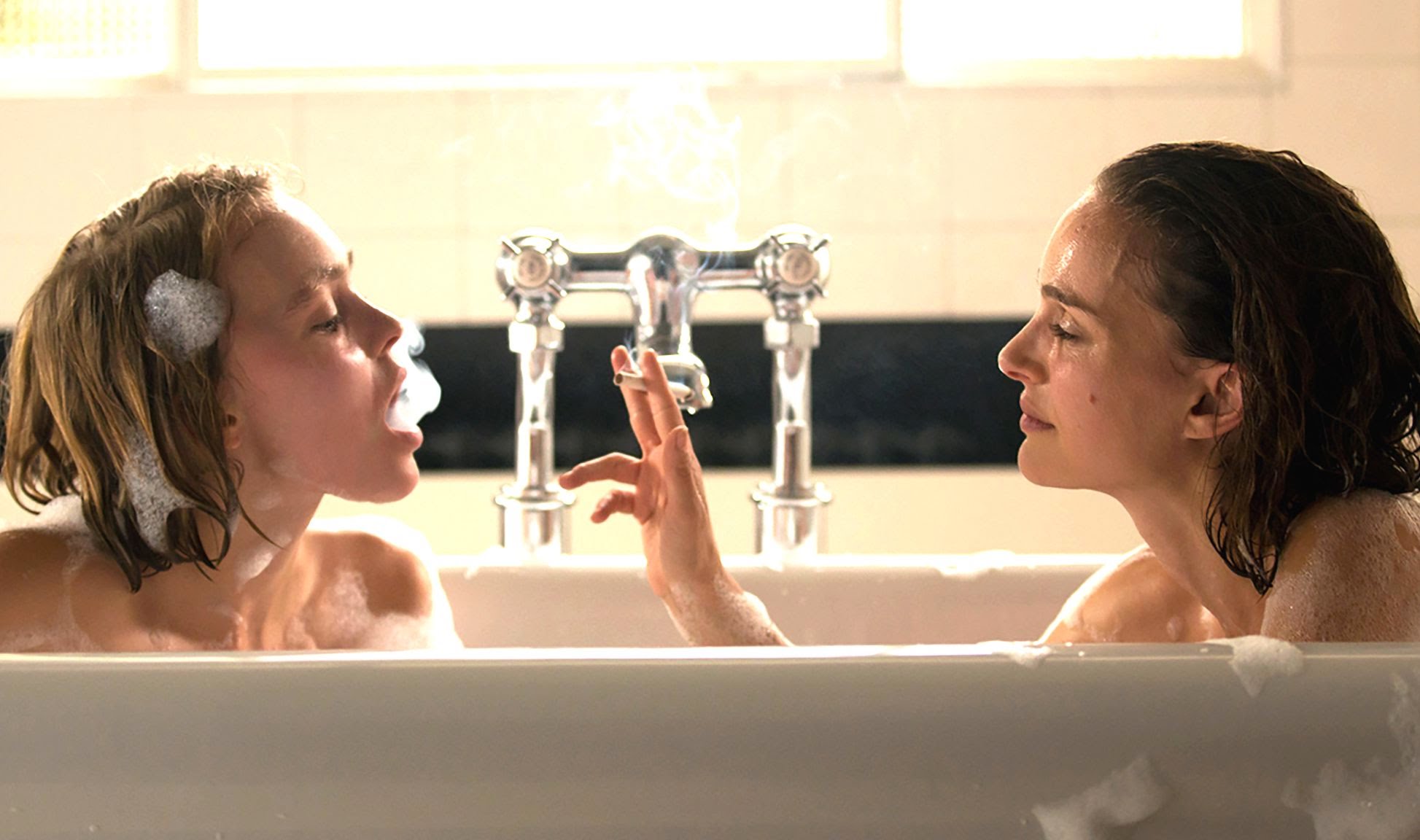