NYC Shout-Out: From Both Sides of the Aegean opens this Friday (3/21/14) at the Quad Theatre near Union Square. Click HERE for schedule. Note that filmmaker Maria Iliou will be onsite for a Q&A after the 7 PM screening on Saturday night (3/22/14).

At the very end of the powerful new documentary From Both Sides of the Aegean: Expulsion and Exchange of Populations, Turkey—Greece 1922—1924, an eminent historian succinctly summarizes an enormous human tragedy as follows: “Bureaucrats like to draw lines on maps.”

Just so, From Both Sides of the Aegean is the story of how several million people were summarily divided one day in 1924. Some were told: “You are Greek.” Others were told: “You are Turkish.” And these pronouncements were made with no consideration of where specific individuals and their forefathers had resided for centuries. And now, ninety years later, these “facts on the ground” seem obvious to us: Greece is Greece; Turkey is Turkey; what’s the problem?

The problem is that ever since President Woodrow Wilson took the USA into World War One “to make the world safe for democracy,” we Americans have imposed our own view of nationhood on the rest of the world. Wilson promised peoples everywhere “self-determination of nations” as if everyone everywhere agreed on the “self” to be allocated to each “nation.” As I write, our newest international crisis is in Crimea. Is Crimea part of the “nation” of Ukraine? Is Crimea part of the “nation” of Russia? I’ll be damned if I know the answer to this!

In the specific case of Greece and Turkey, one assumption we Americans have made as a nation is that bodies of water make convenient borders. In the 19th Century, we defined our own “Manifest Destiny” as sea-to-sea—we started from the East Coast, appropriated the West Coast, and spread ourselves out from the Atlantic to the Pacific. To the north, we used the St. Lawrence River and the Great Lakes to draw much of our original border with Canada. To the south, we pushed Mexicans to the other side of the Rio Grande.

I am pushing hard on these water boundaries because it is very hard for most Americans to realize that prior to the proliferation of railroads (in the 19th Century) and highways (in the 20th Century), the easiest way to travel was by boat. In the ancient world, the people we now call “the Greeks” were especially adept on the open water; they sailed all around the Aegean Sea, populating both coasts as well as almost all of the innumerable islands in between. Take a look at this map of the Athenian Empire at the start of the Peloponnesian War and you can see this for yourself. Date = 431 BCE!!!

Skip ahead more than two millennia to 1914, and people speaking Greek are still living all around the Aegean Sea, but now the people in charge are Turks who had migrated from Central Asia, conquered most of the peoples of the Eastern Mediterranean, and formed the Ottoman Empire in 1299. So people speaking Turkish now live not only in Asia Minor (aka Anatolia) but also from the northern Aegean right up through the Balkan Mountains and well into Eastern Europe (not to mention much of the Middle East and even North Africa).

And now we’re back to World War One, which ended in 1918… The Ottoman Empire fought on the side of Germany and the Austro-Hungarian Empire, and when they lost World War One, the victors began a series of negotiations to carve up territories and draw new borders according to President Wilson’s principle of the self-determination of nations…

Filmmaker Maria Iliou alludes to all of this history, but she begins her own story with the Balkan Crises which preceded World War One, and then moves quickly to the diplomatic machinations which followed World War One. By the end of From Both Sides of the Aegean, well over one million Greek-speakers (most of whom are Christian) have been moved west, and just under one million Turkish-speakers (most of whom are Muslim) have been moved east. Generations later, the memories of this involuntary resettlement are still searing, and family stories of death, displacement, and exile are almost too painful to recount.

Iliou has labored for years to find images that will make this story speak to us. She has assembled priceless photographs of family life before World War One, as well as newsreels and other moving pictures that capture traumatic events as they actually unfolded. In 2012, she released Smyrna: The Destruction of a Cosmopolitan City, 1900—1922, which focused on the largest urban site affected by this nightmare. In From Both Sides of the Aegean, she repeats some of the Smyrna footage, but adds information about what happened to people living in the rural areas.

In each film, historians of both Greek and Turkish ancestry add academic weight to highly personal stories told by the children and grandchildren of those who survived. These two complementary films fit together, two views of one huge conundrum played out early in the 20th Century, but still with us today in so many border zones be they in urban neighborhoods or in the hinterlands.

Bureaucrats do like to draw lines on maps, but for many people those lines have little to do with the reality of ethnic, linguistic, religious, and/or tribal self-expression, and the results have been—and continue to be—similar tragedies all around the globe. Iliou is to be applauded for truly presenting this story “from both sides.” This is what gives From Both Sides of the Aegean such universal relevance across space and time. Healing can only come when people on each side of a particular conflict recognize what ordinary people on both sides have suffered. (JLH: 4/5)

Bottom = Refugees Transported in an Open Train. C.D. Morris (1922) from the American Red Cross Collection at the Library of Congress in Washington, DC.

Courtesy of Maria Iliou from the From Both Sides of the Aegean website.

The first time I connected on an emotional level with the neutral-sounding concept “exchange of populations,” was when I saw the Oscar-winning film Gandhi (starring Ben Kingsley) in 1982. Near the end of the film, after Mahatma Gandhi has struggled for decades to free the Indian subcontinent from British rule, the Muslim majority (primarily in the north) refuses to merge with the Hindu majority (primarily in the south), and two countries–to be called Pakistan and India–raise their separate flags.

I never forgot the lesson of those five minutes. I watched them again last week as I prepared to write this review and they are just as I remember them…

FINAL QUESTION: Does From Both Sides of the Aegean pass the Bechdel Test?

One of the strengths of From Both Sides of the Aegean is that it explicitly tracks the separate paths taken by men and women (something many films about the Holocaust fail to do). In general, most of the adult refugees who faced deportation–west to east/east to west–were women.

Since men were considered enemy combatants (actual or potential), many of them were herded off to prison camps and “work camps” where they were often executed or allowed to die of “natural” causes under the harsh conditions.

This put the burden of expulsion and exile primarily on the shoulders of adult women who had to care for their children and their elderly under the greatest duress even though most of them had held subordinate roles in their own families in prior days.

Kudos to Maria Iliou for making these separate fates clear through her photos, her interviews, and the analysis of her experts.

Tags: Exchange of Populations, From Both Sides of the Aegean, Maria Iliou, self-determination of nations, Smyrna: The Destruction of a Cosmopolitan City, WomenArts 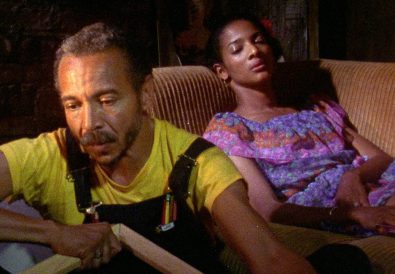