Mumbo Jumbo set in a dystopian future where everyone lives harmoniously in one of five “factions” (with the incredibly pretentious names Abnegation, Amity, Candor, Dauntless & Erudite), until, of course, one faction decides to change the rules for its own benefit.

Alas, all I saw was an excuse for boring, predictable onscreen mayhem. (JLH: 2/5)

Directed by Neil Burger. Screenplay by Evan Daugherty & Vanessa Taylor. Based on a series of YA novels by Veronica Roth. Click HERE for our FF2 Haiku. Not yet seen by Rich.

So today Hollywood releases a new film with a screenplay written by a woman (Vanessa Taylor), which stars a female protagonist (Shailene Woodley), and definitely passes the Bechdel Test (see below). Are you happy now, Jan? No?? What do women want???

It’s hard to describe how thoroughly bored I was as Divergent pushed past its first hour while I sat in my seat knowing it hadn’t even passed the middle mark yet. For the whole 139 minute runtime, I felt no physical tension or excitement. It seemed to me that everyone onscreen was just going through the motions, pretending to make an “action movie” that would placate both male and female audience members… But it was all just a ruse, a paint-by-number kit with stark black lines outlining all the plot and character details. The goal of Divergent was totally clear from the outset: punch, jab, stab, shoot and blow things up.

While I was never athletically inclined, I was always a bit of a tomboy as a kid. I never played with dolls or fussed with clothes. When my mother took me to ballet class, I refused to take off my cowboy boots. All of my career choices lead me into professions dominated by men. From the AP class in Modern European History that I took as a high school Junior right up to today, I am never surprised to find that I am the only female in a room. And yet I always knew I was a girl and I always wanted to be a woman.

When the Shailene Woodley character leaves the “Abnegation Faction” and joins the “Dauntless Faction” (Oy! Am I really using this jargon?) she rejects all the qualities so apparent in her mother “Natalie” (Ashely Judd), the idealized Abnegation matron overflowing with womanly virtues. She shortens her name from “Beatrice” to “Tris,” and sets about proving she can be as tough as a guy.

But director Neil Burger is laughing at us. He has not only cast a soft, curvy actress as his lead, he plays up her femininity by clothing her in form-fitting outfits that show off her breasts, and he leaves her hair long, loose, and flowing. God forbid we might see Tris as too mannish or butch. No, no! And just to make sure there is absolutely no doubt about her sexuality, Burger has our Tris seductively bat her long lashes at a trainer, mentor, and Prince Charming named “Four” (Theo James) who–unlike her–has the physique of a true action hero. (Where did he get this ridiculous name? Maybe I didn’t hear the explanation because I was asleep, or maybe its a tantalizing tidbit that will only be revealed in the final installment when it turns out there are four films in this series rather than three?)

Clearly screenwriter Vanessa Taylor has learned the lesson Hollywood is teaching women filmmakers these days: if you want to work, don’t create female protagonists who act like women. Tris can punch, jab, stab, shoot and blow things up! Wow!! A girl who can act just as stupid as a guy!!!

Now that’s what I call Equality 🙁

Middle Photo: Tris and her buddy “Christina” (Zoë Kravitz) make the leap that lands them in Dauntless.

Q: Does Divergent pass the Bechdel Test? With great reluctance I must affirm that it does…

Tris has three sets of conversations with 3 female characters who all have names:

* her buddy Christina, and

None of these conversations are about men.

She also has conversations in passing with other female characters like “Tori” (Maggie Q) and “Molly” (Amy Newbold). so the good news is that there are plenty of women in this dystopian world. But the bad news is that none of them are given anything interesting to do. 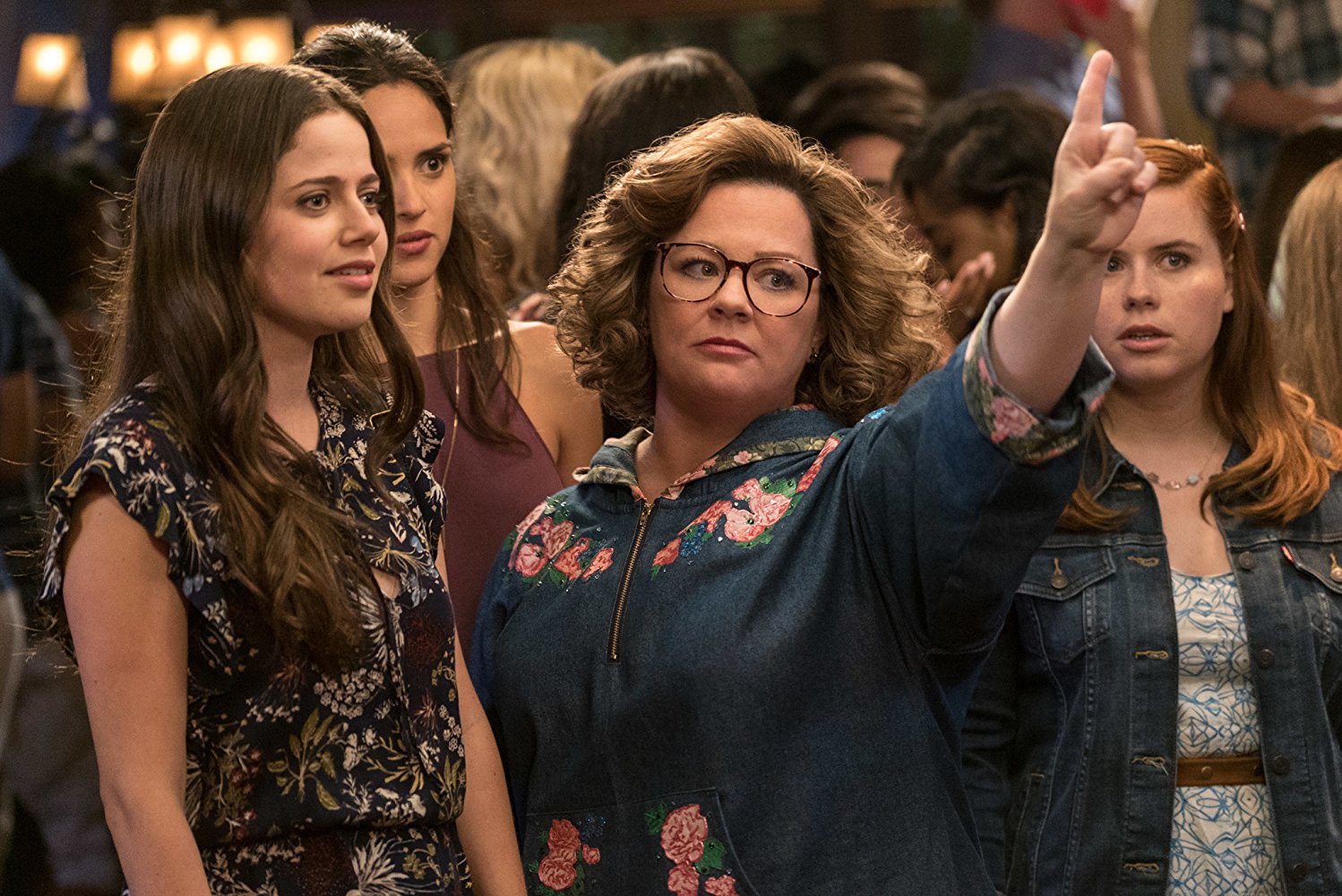