French guy named “Diego” (José Garcia) donates sperm under the name “Fonzy” only to discover 18 years later that he not only has over 500 biological children, but 130+ have petitioned the court to learn his identity.

Apparently this is a French remake — adapted by director Isabelle Doval — of an award-winning Canadian feature named Starbuck which was also remade in the USA as Delivery Man (where it flopped).

Top Photo: José Garcia shines as “Diego.” At the beginning of Fonzy, Diego is clearly a man with a big heart, but not someone especially skilled in Activities of Daily Living.

A bit of back story: Even though Diego and his two brothers — Enrique and Manuel — were all born in France to a French mother, their father “Ramon” (Gérard Hernandez) emigrated from Spain. That’s why Ramon’s three sons all have Spanish names rather than French names…

Bottom Photo: Of course Diego will eventually reunite with his biological progeny. This is a film that cries out for a happy ending from the very beginning. But the cinematic miracle lies in the Diego’s arc — Fonzy captures the tiny steps by which Diego slowly evolves from man to mensch.

After watching Fonzy and loving Fonzy, I went to On Demand to watch Delivery Man… and I found it deadly dull 🙁

Now some might think I ought to have expected this, because, after all, I already knew the basic story. But I’m not satisfied with this answer because I love adaptations and I pride myself in seeking something unique in each artist’s take. I have seen multiple versions of Anna Karenina as well as both Jane Eyre and Pride & Prejudice, for example, and I would happily see another take of each film with no hesitations tomorrow. Just because I know the plot doesn’t mean I necessarily know how the story will play out emotionally.

In large part, I think this is due to the choice of lead actors. José Garcia plays “Diego” (the lead role in Fonzy) with a twinkle. Garcia is small, quick, and always in perpetual motion. On the other hand, Vince Vaughn (who plays the comparable part of “David” in Delivery Man), is huge and lumbering, towering over everyone else on screen and dwarfing them. Of course, Vaughn’s “David” is kind-hearted, but in this case his heart seems stuck in the concept phase rather than in the part itself. And his dour affect pulls the rest of the cast down to his level.  Isabelle Doval’s French take bubbles with effervescent “je ne sais quoi.” Ken Scott’s American take plods along to the beat of “been there, done that.”

What makes this so fascinating to me is that Ken Scott started all of this with a 2011 film called Starbuck. Filmed in Montreal (in French), Starbuck scooped up lots of Genie Awards (the Canadian Oscar) in 2012.

While I haven’t seen Starbuck, I have seen Scott’s earlier screenplay Seducing Dr. Lewis, which I loved for its “self-deprecating characters and offbeat sensibility.” Fonzy also has “self-deprecating characters and offbeat sensibility,” but for some reasons Scott was convinced &/or convinced himself to flatten everything out in hopes of attracting a mainstream American audience. Alas, whatever his intentions were, it didn’t work. Delivery Man was a financial flop… 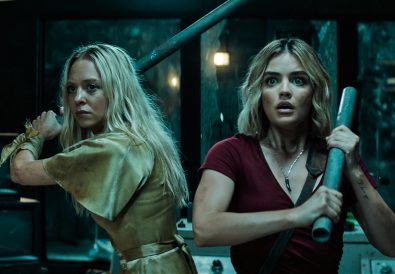