WISH I WAS HERE

Wish I Was Here is Zach Braff’s disappointing follow-up to his lovely 2004 hit Garden State. Once again starring and directing, Braff also co-writers in collaboration with his brother Adam J. Braff.

The film begins with “Aidan,” (Zach Braff) living an idyllic suburban life with his wife “Sarah” (Kate Hudson) and their two kids, “Grace” (Joey King) and “Tucker” (Pierce Gagnon). Sarah, the family’s main source of income, goes off to work every day as Aidan struggles to find employment as an actor. When Sarah tells Aidan to get in touch with their rabbi about Grace and Tucker’s unpaid tuition, it’s revealed that Aidan’s father pays the bill for the children’s day school.

Aidan’s father “Gabe” (Mandy Patinkin) informs breaks the news of his cancer’s relapse – using whatever money he has left for unproven treatments instead of school tuition. With his father insisting he keep Grace and Tucker (unusual name choices for so-called Jewish children) in their Modern Orthodox school, Aidan is encouraged by their rabbi to settle down, get a real job, and take some financial responsibility. The way the scene between Aidan and the rabbi is crafted and filmed looks very much like the rabbi scene in the Coen Brothers’ A Serious Man. In fact, the rabbi, office, and desk all look the same – so close that generously it could be called a quote, but realistically it was a steal. Although in A Serious Man, it was meant to be a parody and a satire, the odd scene in Wish I Were Here is very emotional and sentimental, setting my teeth on edge and had me asking, “What is this? What is this saying to the world about what Jews look like in 2014?”

Since the children are uninterested in public school, Aidan has the bright idea to home-school them – using anti-Jewish ways to get to this false and ridiculous plot. The way the rabbi interacts with the family did not sit well with me. When most rabbis would cover the children’s tuition to give Aidan one less thing to worry about, this rabbi bumps around on a Segway in the hospital corridors where Gabe is dying.

Aside from not enjoying the film at all, there were some very good scenes, particularly between Kate Hudson and Mandy Patinkin. Sarah comes alone to the hospital to encourage Gabe to repair the bridges he’s burned with both of his sons over the years. It’s a very beautiful scene as Sarah tells Gabe,  “Think of how you want to be remembered.”

So what’s the bottom line here? I pretty much hated the movie, except for a handful of scenes with Kate Hudson. The scenes she’s in were good, a big relief to me after The Reluctant Fundamentalist in which she was so poorly cast. This part as Sarah, however, may be a rejuvenator for Hudson’s career. If that happens, good, but otherwise, I can’t say anything good about it. And as a Jew, I was honestly very offended.

Q #1: Does Wish I Was Here pass the Bechdel Test?

Yes. Joey King, a charming actress whose credits range from

Ramona and Beezus to Channing Tatum’s daughter in White House Down, is a highlight of Wish I Were Here. Since Grace is no longer attending the conservative Orthodox school, where the goals for young girls only point towards marriage, Sarah brings home new clothes for Grace to wear. With flower pants and t-shirts in hand, Sarah tells Grace, “I thought you might want other clothes to wear now that you’re not going to the school anymore,” and Grace says to her, “But did you have to buy me something that looks like I come from the Disney Channel? Why can’t I just wear what I feel comfortable in? Why can’t I just be me?” Sarah, of course, encourages her to be herself and be comfortable. Whatever is comfortable with Grace is comfortable with Sarah. Although a short scene, it’s very beautiful. 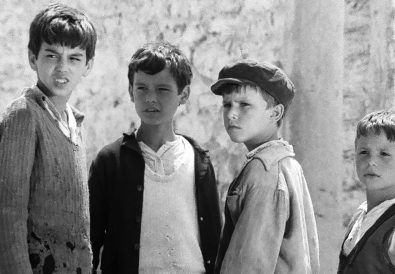