“We all have our little quirks,” declares therapist “Catherine,” (Carrie-Anne Moss) “some are physical, some are psychological. And it is those quirks that make us unique.” Sweet comedy/drama Treading Water tells a classic love story with a modern day twist. Devoid of feuding families or bookstore meet-cutes, this sincere film by writer/director Analeine Cal y Mayor and Javier Gullón centers on the young life of “Mica,” (Douglas Smith) aka “the boy who smells like fish.” (BKP: 4/5)

Since birth, Mica has dealt with being an isolated outcast due to his fish-like stench. Soap does not work. Talcum powder does not work. And even though car fresheners do not work, Mica hangs the cardboard pine tree on his neck anyway. Reeling from his isolated life, Mica drops out of school and socializes only with his therapist and tourists walking around his house-turned-museum, a shrine to Mexican idol “Guillermo Garibai” (Gonzalo Vega). Every room in the house is dedicated to the singer, without any semblance of his own family’s history. Mica’s only comforting outlet is the swimming pool, where he reunites with his bubbly childhood crush “Laura” (Zoe Kravitz). The two engage in cute banter and charming flirtations between freestyle swimming races. But as their connection deepens, their personal insecurities rise to the surface.

The odd script is surprisingly humorous and genuine, with Mica and Laura’s story feeling organic and earned. Although the characters have their respective issues, they are not bogged down with massive amounts of angst or darkness. The lighter tone makes for an easy, fun watch. The chemistry between Smith and Kravitz is a highlight, with both actors giving strong, subtle performances.

Unlike many young love stories, this film is not entirely predictable or overtly sappy. It is very much a character study of a young man feeling like an abandoned outcast. Although viewers watching will most likely not share Mica’s fish-smell disease, it is an ultimately relatable film. Like his therapist says, everybody has quirks. But whether they smell like fish or are ashamed of their background, there is always somewhere they belong. They just have to find their own swimming pool.

No. The story is mostly centered on Mica finding his place in the world.

Not to say the character of Laura is a typical female character – she is not. She initiates their relationship at the pool and does not care that he smells different. She is independent, hardworking, and has a sense of humor – refreshing characteristics for a female role. Same goes for Catherine, the therapist. But as for the Bechdel Test, it does not pass. There is an indication that Laura had a close relationship with her grandmother, but the audience never sees it. 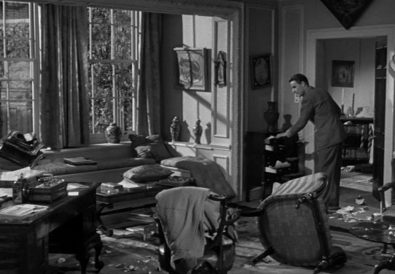