Jewish Humor walks the razor’s edge between comedy and tragedy in this mordant “laugh through your tears” dramedy co-written & co-directed by  Tal Granit and Sharon Maymon. (JLH: 4.5/5)

Since the time of Sholem Aleichem, Jewish Humor has been said to walk the razor’s edge between comedy and tragedy, and so it is with The Farewell Party, a “Laughing in the Darkness” dramedy  set in a long term care facility in Jerusalem.

The main character, “Yehezkel” (Ze’ev Revach),  is a bit of a fixer, always tinkering with tubes and wires to invent new contraptions. We first meet Yehezkel (yah-hezz-kul) during a telephone call with his friend “Zelda” (Ruth Geller). Yehezkel has created a voice box to amplify his sound because he wants Zelda–who is bedridden–to believe she is speaking directly to God. “Elohim?” “Yes, Zelda.” Hang on he tells her, sounding like he’s actually speaking from The Great Beyond, it’s not your time yet. And since Zelda thinks God is now personally watching over her and knows exactly when her time is, she goes back to sleep.

But Yehezkel stops laughing when “Yana” (Aliza Rosen) calls. Yana’s husband Max–Yehezkel’s dearest friend–is dying of cancer. He is in terrible pain and constantly pleading with Yana to make it stop. So Yana throws herself on Yehezkel’s mercy, begging him to invent something that will release Max from his agony. And thus it begins. Yehezkel tinkers with a drip machine that will allow people to push a button–by themselves–which will release enough drugs to end their lives. And no matter how careful Yehezkel is to conceal his activities, the word spreads like wildfire and new people–people he barely knows–begins knocking at his door.

Yehezkel’s beloved wife “Levana” (Levana Finkelstein) is appalled, but soon enough she’s absorbed in her own concerns. Levanna has dementia and her memory problems have reached the point where she can no longer live in the apartment she shares with Yehezkel. He doesn’t want to acknowledge any of this, but their daughter “Noa” (Hilla Sarjon) has already started making new plans for her. It is only a matter of time…

None of this sounds funny, but Tal Granit and Sharon Maymon–who co-wrote the screenplay and co-directed the film together–have such a light touch that laughter bubbles forth even in the blackest moments. None of these people–played by a large, superb cast of Israeli Seniors–is a “victim.” They are all well-loved, relatively prosperous, and determined to live full lives right to the very end. Middle Photo: Yehezkel continues to work on his contraption while Levana looks on in dismay.

Bottom Photo: Yehezkel (far left) and his friends debate their options, defiantly continuing to smoke despite all the obvious reasons they should have stopped smoking long, lomg ago.

Besides the relationship Levana has with Yana, Levana also has close relationships with her daughter “Noa” (Hilla Sarjon) and her granddaughter “Libby” (Mia Katan).

In one of The Farewell Party’s most bittersweet moments, Levana wants Noa to write down one of her favorite recipes. Noa isn’t in the mood and tries to postpone, but Levana is in a rush. Noa, frightened by her urgency, gives in, but then–midway through her recitation–Levana forgets the next step…

Scenes with Libby are equally poignant. Levana keeps urging Libby to eat, but finally Libby gives up. Only after she spits out a cookie in disgust does Levana realize she has used salt instead of sugar…

The word euthanasia is based on two Greek root words: “Good” (Eu) and “Death” (Thanos). According to Wikipedia: “The first apparent usage of the term ‘euthanasia’ belongs to the historian Suetonius, who described how the Emperor Augustus, ‘dying quickly and without suffering in the arms of his wife, Livia, experienced the ‘euthanasia’ he had wished for.’”

Augustus died on August 19, 0014 (14 AD) almost exactly 2,000 years ago, and in those intervening millennia, a great many physicians, legal scholars, religious authorities, and ordinary people have asked themselves just what constitutes “a good death.”

For religious people, the answer is relatively simple: the good death is the one that occurs at the time and place decreed by God. My husband’s grandmother Isabel was well into her 90s when she began saying (out loud and in our presence): “I’m ready, God. Take me any time.” She said this every time we went to visit her… long after she had any idea who we were. Presumably she frequently said these same words directly to God, regardless of who–along with Him of course–was actually in the room with her.

For the the rest of us, the question of a good death is fraught with difficulty. Most of us would probably agree with Suetonius that minimal suffering is preferred, but beyond that the range of personal responses is likely very broad.

But now–in our new millennium–we have an additional problem. Members of prior generations had very little control over their time of death. But now, medical research combined with the bureaucratic infrastructure of health care delivery systems can extend our lives years–and sometimes decades–after someone with the very same diagnosis would have died a mere 50 years ago. This is somewhat true the world over, but it is certainly true in “advanced countries” where most “healing” is done by licensed professionals in highly regulated places like hospitals and nursing homes.

The Farewell Party is a film that forces us to confront the fact that new realities call for new rules. Is the time of my death to be determined by me or by someone else? Even if that someone else has the most benign and compassionate of motives, I still prefer to make the final decision… and so do most of the characters in The Farewell Party.

I expect many people to be appalled by the mordant “laugh through your tears” tone of The Farewell Party. These are the people who think that the concept of euthanasia is a “Slippery Slope” that may start with personal choice but inevitably leads inexorably to Nazi Death Camps. But The Farewell Party isn’t a film about what other people might do to you, it is about what other people can do for you if/when you need their help to achieve your own conscious aims. Therefore Granit and Maymon are very careful to include scenes in which their characters speak directly into a camera:

This is what I want.

This is what I have asked my loved ones to help me do.

This is my choice, therefore the end result is my responsibility.

When my own time comes, I hope that others will do what they can for me so that I can act in accordance with my own beliefs in my final hours. I hope they do not do things to me that I have said–repeatedly–that  I don’t ever want done. That, for me, would be “a good death.”

I’m not sure I could have articulated all of this before watching The Farewell Party, so in that way The Farewell Party really is a “God Send.” We–those who live in “advanced countries” where most “healing” is done by licensed professionals–need to wrest control of this from them in the name of our own autonomy while we still can. 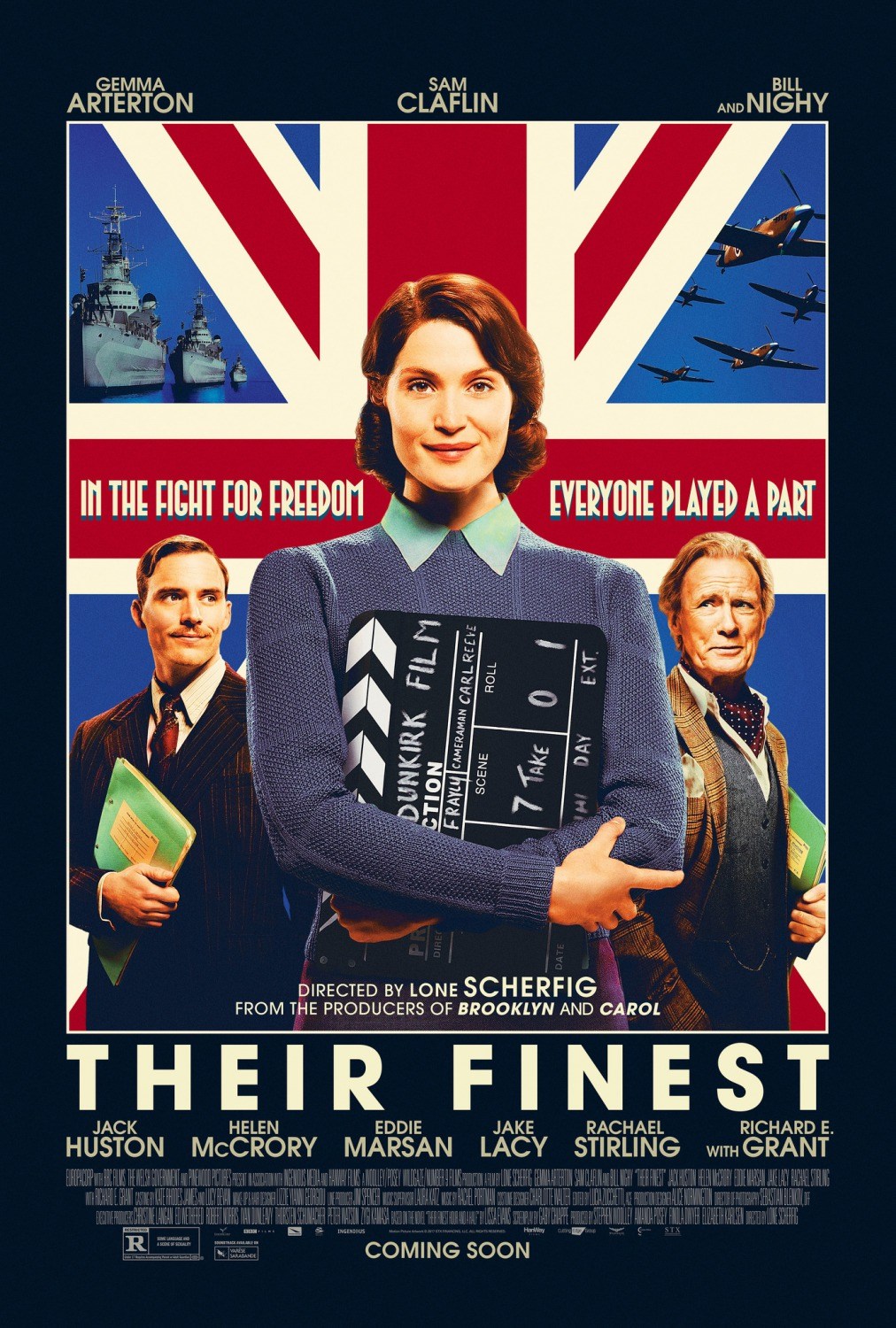 THEIR FINEST (2016): Review by Brigid Presecky