Directed by Dawn Porter, Trapped is a powerful documentary that investigates the state legislature’s war on abortion clinics in Mississippi, Texas, Alabama and other US states. The film exposes the nature of the legislative war on these clinics and allows the audience to glimpse into what the individuals running the clinics go through. RAK: (4/5)

The documentary follows several abortion clinics in Texas, Alabama and Mississippi that are suffering from the hundreds of TRAP laws placed upon them by state legislatures between the years of 2011-2013. These laws, “targeted regulations of abortion providers,” were put in place to shut down access to abortions and force the clinics to close.

Trapped begins in one of the three Alabama abortion clinics, located in Tuscaloosa. The audience is introduced to the owner, Gloria Gray, who is fighting to keep the clinic open even under the immense stress of these new laws. She speaks eloquently and honestly about the magnitude of people that will be forced into motherhood should the clinic be shut down, and the maliciousness of the rioters and picketers who threaten her daily.

Following this in depth experience of life for Gloria and her employees, the audience is introduced to Dalton Johnson, who is the owner of the only abortion clinic in Northwest Alabama. New legislations forced him to move the location of his clinic after 14 years. In order to do so, he had to invest tons of his private money.

This documentary shows the immense price that these clinic owners and nurses have to pay; the work isn’t easy, nor is it stable. The state governments are looking to shut them down. But the clinic owners’ dedication is absolutely remarkable and keeps the film feeling positive, even when dealing with these tough issues. One of the most amiable people profiled in this film is the affable Dr. Willie Parker, longtime OBGYN who moved from Chicago to Mississippi to provide services to the women who had nobody else who would. Dr. Parker travels to provide abortion services to women who would not be able to have them otherwise. This documentary gives a glimpse into the friendship and camaraderie that is created between these heroic individuals.

Trapped explores the function of religion, specifically Christianity, in this fight. As might be expected, the film does show some of the picketers and fighters who are crusading in the name of Jesus. And those scenes were upsetting and unbelievable. In contrast, Dr. Willie Parker gives credit to his Christianity for instilling within him the compassion and understanding that eventually ignited this passion to do what he knows is right.

Aside from these portraits, Trapped offers the audience a view into what exactly is happening at this momentous moment in time. The current Supreme Court case on reproductive rights is directly connected with these stories. The Supreme Court decision will affect all of these clinics and will ultimately decide whether the state governments can have the power to end abortion in their respective states.

Trapped manages to take on two distinct roles; it serves as both a call for action and a fascinating portrayal of devotion and perseverance. What made the film not only captivating and intense, but also enjoyable, were the comedic moments where the audience can really feel how exasperated the service providers are. In the face of these serious issues, Marva Sadler of Whole Women’s Health, and Dr. Willie Parker get the audience to laugh along with them at the immensity of the problem. The balance between intimate and personal moments with these dedicated professionals and the information about the fight for reproductive rights was just right. Middle Photo: Gloria Gray, the owner of the West Alabama Women’s center, estimates that over 75% of the women she treats are at or below the poverty level.

There are multiples scenes where two female clinic owners or workers are discussing their current statuses in the clinics and their plans for the future. 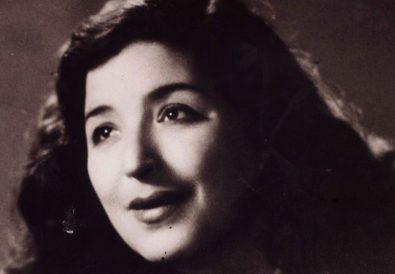