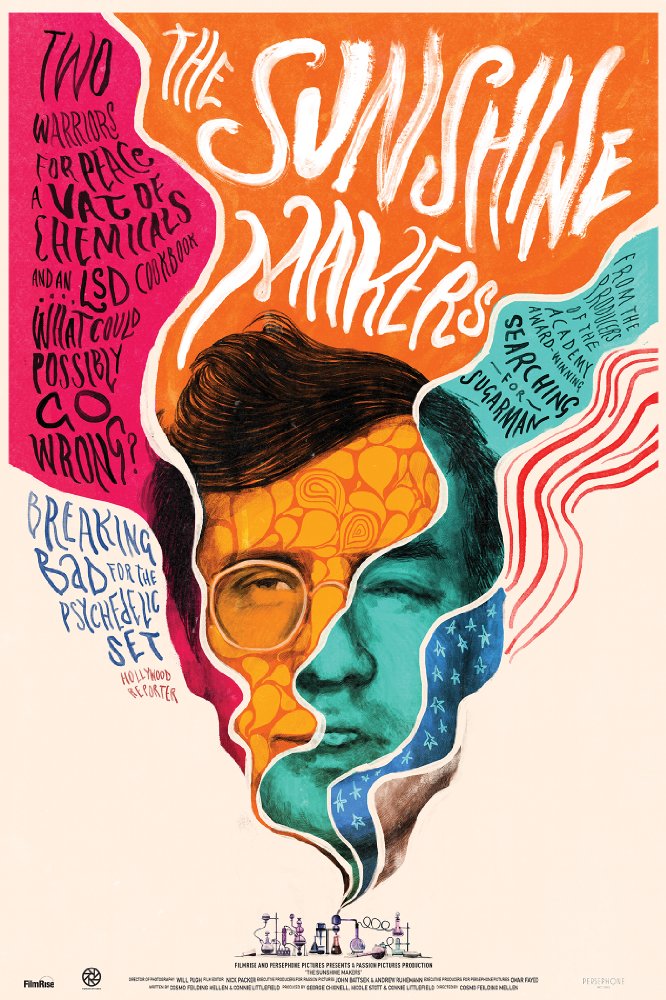 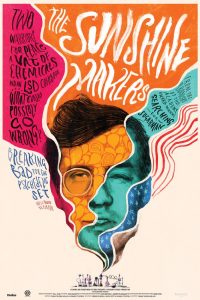 The Sunshine Makers is a highly compelling documentary about the 1960s psychedelic movement and the rise and fall of LSD. The men and women who used hallucinogens to make it through a tumultuous decade are profiled, detailing how acid users continue to believe that psychedelic drugs lead to enlightenment and transcendence. (GEP: 4/5)

There was a prevalent amount of hatred and violence in the whirlwind 1960s. According to the film’s subjects Nicholas Sand and Tim Scully, acid trips were one way to escape all of that in favor of a more peaceful, connected, loving feeling. These two men were in the drug business at the time, producing unbelievable amounts of hallucinogens called “orange sunshine” in order to fulfill the mission they repeat throughout the film: “turn the world on.”

Both men begin the film by lovingly reflecting on their first acid trips, describing the experience as life-changing and “transcendent.” Their journey and partnership is laid out clearly and chronologically – everything from producing to smuggling to selling the drugs. They explain the feeling of being on acid and how LSD affects people, the science of making it and the art of “not getting busted.”

These aren’t just two dudes in a garage cooking meth – they have a history of working with scientists and even psychologists to produce pure LSD and move forward with what they call “the psychedelic movement.” The history of the drug culture in this particular decade is also chronicled – not just from the druggies’ perspective, but also from members of law enforcement. It profiles the investigation and eventual arrests of Scully and Sand, and the punishment they faced for trying to “save the world” with the illegal production and sale of orange sunshine. 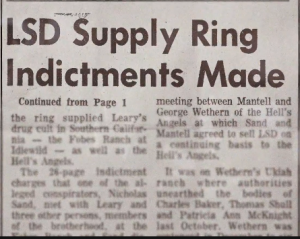 As these quirky hippies talk about the connection they feel to the world when on LSD, it’s so poetic and obviously meaningful to them that it becomes almost normal in the mind of the viewer – you essentially forget that they’re talking about psychedelic drugs and the process of illegally making and selling them, all while under the influence. This drug made them feel genuinely spiritually connected to the world around them – it gave them the feeling that “it was going to work out.” These men believed they were doing something good for people in a time when it didn’t feel like there was much good to go around. This unique (and arguably skewed) perspective is one you won’t get in history books, which makes it all the more captivating.

However, lines like “we affected more souls than Jesus because Jesus didn’t have no acid” quickly break the viewer out of that accepting state – but it doesn’t make The Sunshine Makers any less interesting or well-told.

The Sunshine Makers is straightforward and interesting, in spite of its controversial subject matter. The film’s real strength lies in the fact that it’s impossible to figure out whether Sand and Scully’s supposedly good intentions in manufacturing acid are just a front for something more sinister and greedy – you’ll stay ’til the end to try and figure it out, and maybe even then the answer remains elusive and ambiguous – but still just as fascinating as stories like “Breaking Bad” – a television show touted on the film’s poster (pictured above). It might sugarcoat the negative impact of narcotics and addiction, but writers Connie Littlefield and Cosmo Feilding-Mellen thankfully never sugarcoat the eventual consequences for the members of its “movement.”

Middle Photo: Real news clips from the time of the subjects’ arrests are frequently used as B roll throughout the documentary.

Q: Does The Sunshine Makers pass the Bechdel-Wallace test?