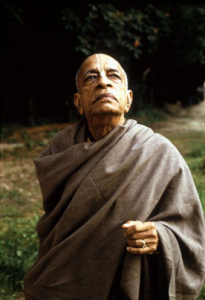 Full Title: Hare Krishna! The Mantra, The Movement and the Swami Who Started It All

A well known religious group, the Hare Krishnas have been criticized for cult-like behavior, though they have also been lauded for their rejection of materialism which contributed to the 60s countercultural movement. I found it boring, and the treatment of Indian culture by the largely white Krishna disciples interviewed in the film is highly questionable. (GPG: 2/5)

Anyone who goes to Union Square in New York will see a few things: the people with the cats on display collecting money for their shelter, the old men playing chess by the subway entrance, and a group of people sitting on the ground in colorful robes, burning incense, and chanting the words “Hare Krishna, Hare Krishna, Krishna Krishna, Hare Hare.” According to the “swami” Bhaktivedanta Swami Prabhupada, the sound of that sixteen-word chant causes transcendental vibrations that can change minds, lives, and the world. While I can’t say whether that’s true, the Hare Krishna movement has certainly had an impact on American culture, and New York city public transportation.

Like the group’s well-known chant, the documentary is very repetitive, using very similar images and transitions, along with interviews that all say basically say the same thing about whatever aspect of the Krishna movement the movie is talking about at the moment. The main threads of the film are the spread of the movement in American culture, and the story of Prabhupada’s life, in India and coming to America, leading up to his founding of the movement. 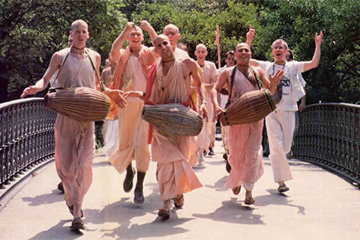 The movie also gives background on the roots of the Hare Krishna movement in classical Hinduism, though it falls into the trap that most white people who idolize India do–one disciple actually says that everything in India is focused on devotion to God, as if ungodly Indians do not exist. As if India, a country famous for its multiplicity of faiths, languages, and regional culture, could be monolithically summed up in one poor understanding of the devotees of one Hindu god. Don’t let the Indian names fool you: the vast majority of the interviewees are white, having taken new names when they joined the movement. Maybe this kind of thing was fine in the 60s, but as a white person in 2017 I’d be pretty uncomfortable sitting in front of a camera and explaining India to people.

Ultimately, I saw this film as a documentary about how a man came from India to con a bunch of Americans into worshipping him as their leader. However, that certainly wasn’t the intention of the filmmakers: the coverage was starry-eyed with the kind of idealism that is antithetical to critical thinking. The film could also have been much shorter while still getting across the same information about the Hare Krishnas. All in all, pretty tepid, and politically problematic. 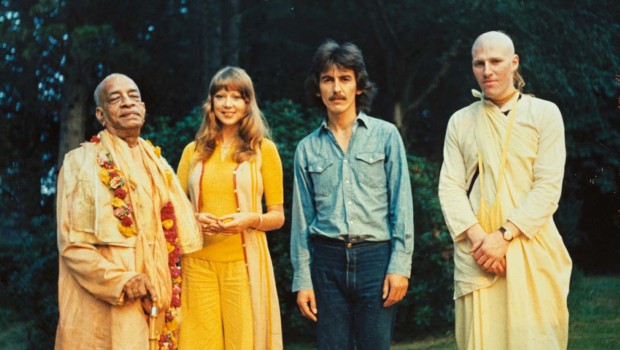 Bottom Photo: Swami Prabhupada with George Harrison and others.

No, but there are a few women interviewees—not many, though. by Giorgi Plys-Garzotto June 18, 2017
Giorgi Plys-Garzotto is a journalist and copywriter living in Brooklyn. She especially loves writing about queer issues, period pieces, and the technical aspects of films. Some of her favorite FF2 pieces she's written are her review of The Game Changers, her feature on Black Christmas, and her interview with the founders of the Athena Film Festival! You can also find more of her work on her website!
Previous Post Next Post