THE SHAPE OF WATER (2017): Review by Brigid Presecky 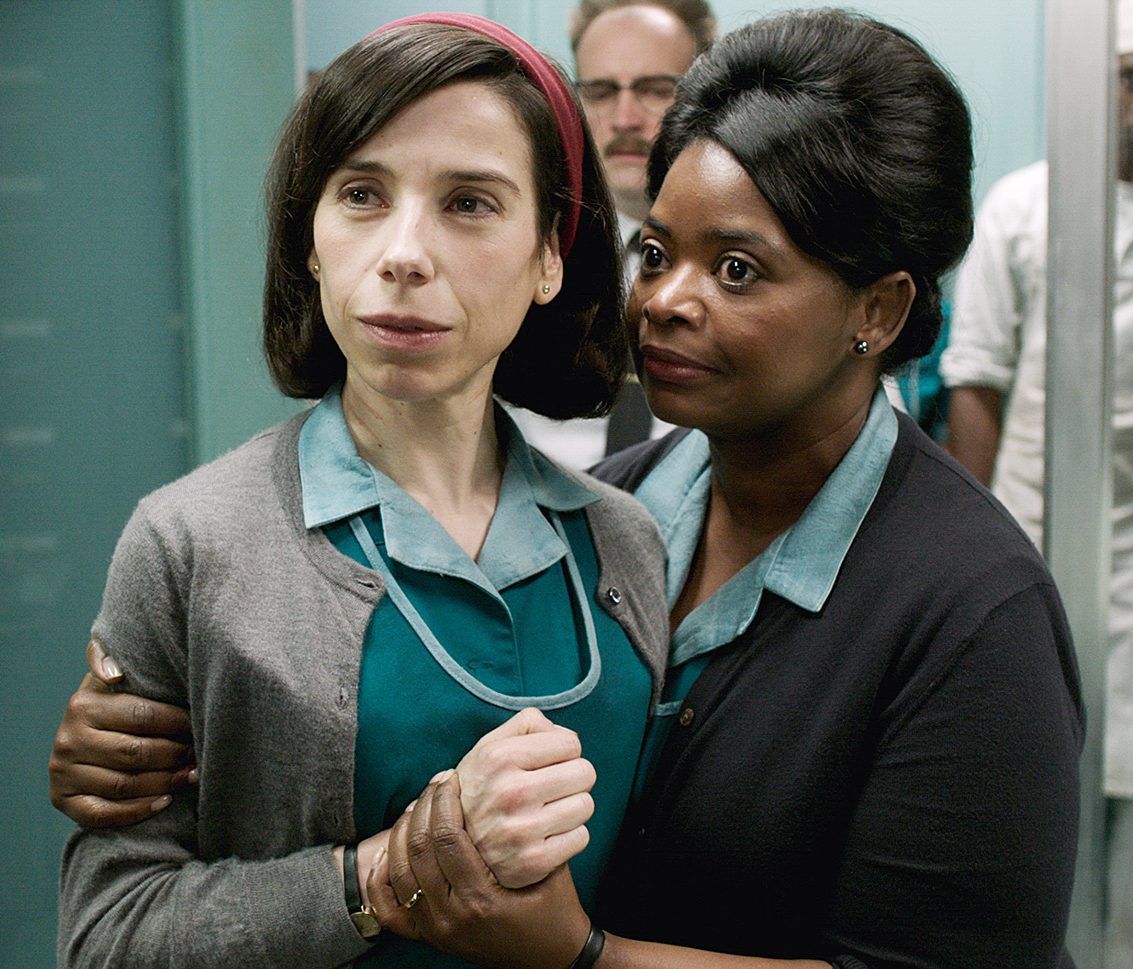 Co-screenwriters Vanessa Taylor and Guillermo del Toro tell a science fiction romance in Cold War America, with mute Elisa Esposito (Sally Hawkins) working as a night janitor in a high-security government laboratory. When she discovers one of their hidden projects – an amphibious, fish-like creature – Elisa not only befriends “the asset,” but falls into a romantic relationship. Despite its talented cast and stylistic veneer, the stranger-than-Stranger-Things feature is overhyped. (BKP: 3/5)

You most likely know the story of E.T. (you know, the extra-terrestrial?); a story of a young boy who befriends an alien through Reese’s Pieces and the help of Drew Barrymore. Now imagine that script was rebooted as a romance, but with hard-boiled eggs and Richard Jenkins … and less than half the charm. Much like the plot from a college film student, the story takes place at a secret government laboratory in 1960s Baltimore. While gay people stay closeted, black people are turned away from diners and housewives jiggle their Jell-o molds, the cliche image of the Cold War are front and center here. The only unique factor is its protagonist, impressively portrayed by Hawkins. Her mute character of Elisa works the night shift as a janitor at the Occam Aerospace Research Center, a facility run by evil boss Richard Strickland (Michael Shannon), who washes his hands before going to the bathroom (if that tells you anything – the metaphor was lost on me). When Strickland brings a mysterious fish-man discovery stateside, the lab’s doctors entrap him in a saltwater tank, providing Elisa with an unlikely new friend who enjoys eggs and new music. Without much substance, viewers realize they are now lovers. Suspension of disbelief is obvious, but suspension of story structure is disappointing. Their romance is disrupted by unnecessary subplots of supporting characters, particularly Strickland’s home life with his son, daughter and wife cut out of a Coca-Cola advertisement from 1961. Their exposition takes away from the main story being told, despite the enormously enjoyable screen presence of Richard Jenkins and Octavia Spencer as Elisa’s staunchest allies.

The stunning, cinematic style feels like an homage to sci-fi films past, but within the four walls of the laboratory or Elisa’s apartment above a movie theater is a mismatched story with gratuitous nudity and gruesome visuals. “Film lovers” – the critics and/or students who fancy themselves in tune with the fine art of movie-making (who may throw around buzzwords like “Coen Brothers” or “Quentin Tarantino”) – will find this story perfectly suited for them. They may find Eliza’s connection with the merman fish romantic or even beautiful. For me, the bizarre outweighs the beauty. The tropes of the mid-20th Century are nothing new. And Octavia Spencer should never be just supporting. Between the second season of Stranger Things and Guillermo Del Toro’s feature The Shape of Water, this year I’ve learned that you shouldn’t keep any mysterious creatures as pets, because they will almost certainly eat your cat.

Though the former is a science fiction series about friendship and other dimensions in a small Indiana town, the latter is the love story between a mute woman and an amphibious sea creature kept in a government lab. Despite memorable performances from Jenkins, Spencer and Shannon, The Shape of Water feels like a hodgepodge of films I’ve seen before – and didn’t care for much – with an entirely original and bizarre aesthetic.

In high school English literature classes, students learn about types of conflict – man vs. man, man vs. self, man vs. society, man vs. nature, and man vs. technology. Though critically acclaimed and unequivocally unique in both style and narrative, this feature combines all of those conflicts, and takes each one just a step too far. Through no fault of its interesting (and at times mesmerizing) tone and absolutely outstanding cast, this well-made, well-meaning feature is drowning in symbolism. (GEP: 3/5)

Bottom Photo: Elisa and “the asset.”

Q: Does The Shape of Water pass the Bechdel-Wallace Test? The Shape of Water was one of my favorite films this season. Provocative and fascinating, I find that Guillermo del Toro and Vanessa Taylor have created a beautiful and yet somehow, at the same time,  dismal world where anything seems possible, but fear-mongering and propaganda ruin dreams for civilians. In a whirlwind of sci-fi romance and whimsy, I found the film both captivating, original, and touching.

When quirky “Elisa Esposito” (Sally Hawkins) and her best friend –who always speaks her and Elisa’s mind –“Zelda” (Octavia Spencer) team together with Elisa’s kind and closeted neighbor, “Richard Strickland” (Michael Shannon), chaos ensues but so does hilarity and romance. This trio joins forces in a story of the importance of empathy. From the production design to the writing and direction, The Shape of Water is unique in every way. With eccentric — albeit sometimes somewhat gruesome– humor and a moving story, I highly recommend this film.

Though Elisa is mute, she is communicates through sign language, which both Zelda and Richard fully understand.Zelda and Elisa often talk about their job –and the ungodly hours—as well as many other things, pushing The Shape of Water, in my opinion, to pass the Bechdel-Wallace test. 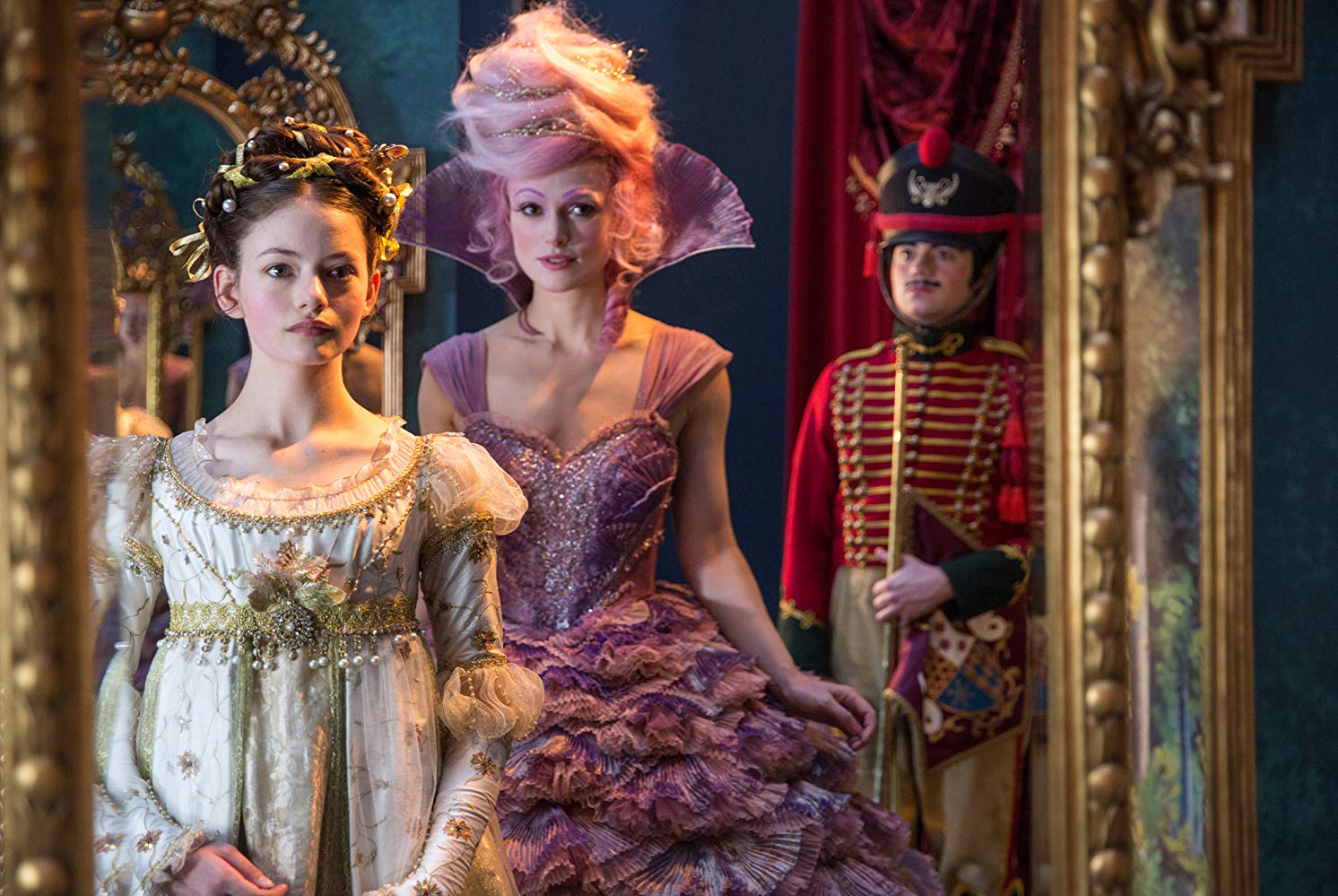 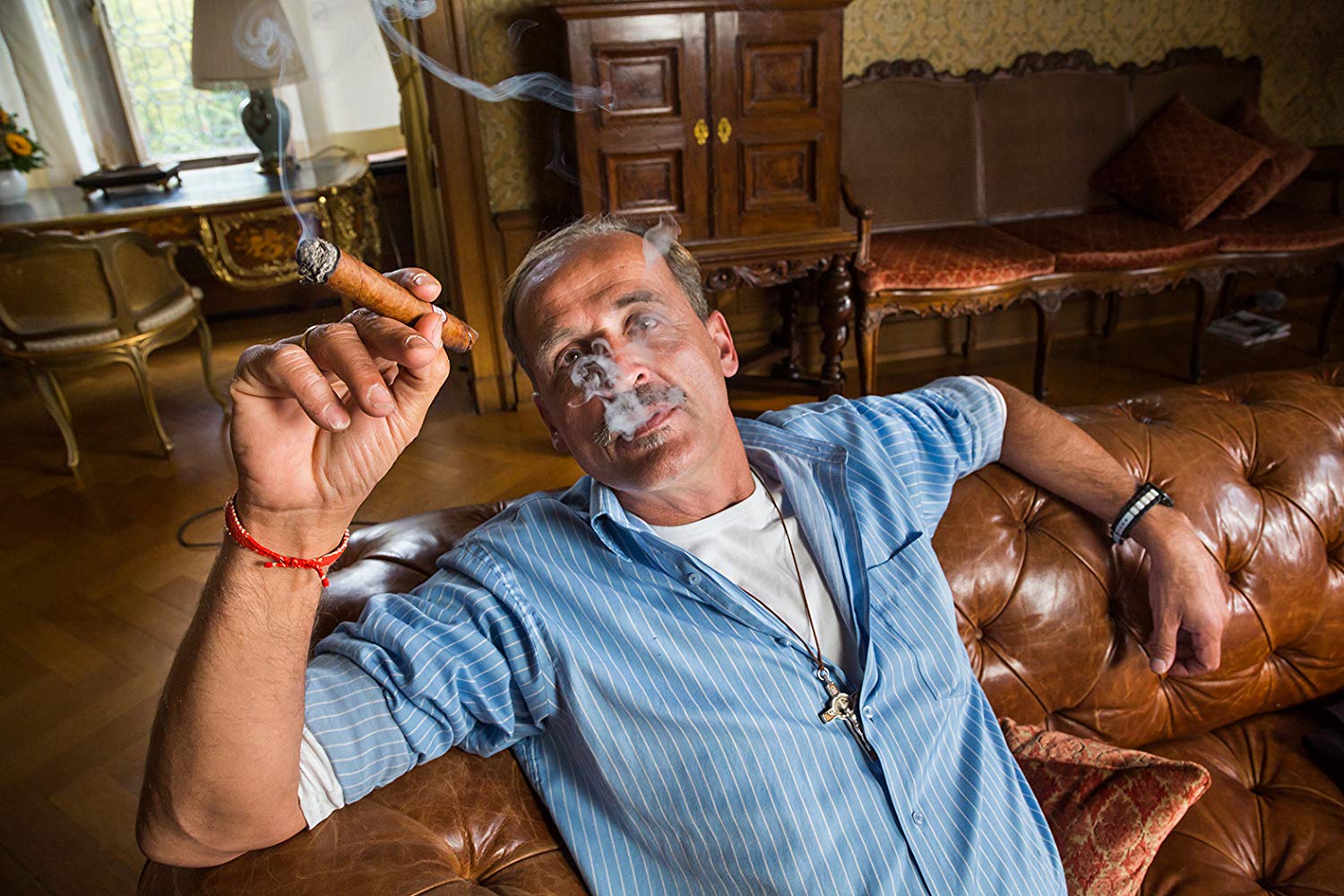 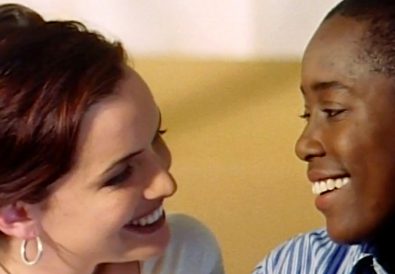 by Brigid K. Presecky December 9, 2017
Brigid Presecky began her career in journalism at Chicago's Goodman Theatre. In 2008, she joined FF2 Media as a part-time film critic and multimedia editor. Receiving her Bachelor of Arts degree in Communications from Bradley University, she moved to Los Angeles where she worked in development, production and publicity for Berlanti Productions, Entertainment Tonight and Warner Bros. Studios, respectively. Returning to her journalistic roots in Chicago, she is now a member of the Chicago Film Critics Association and certified Rotten Tomatoes Film Critic.
Previous Post Next Post