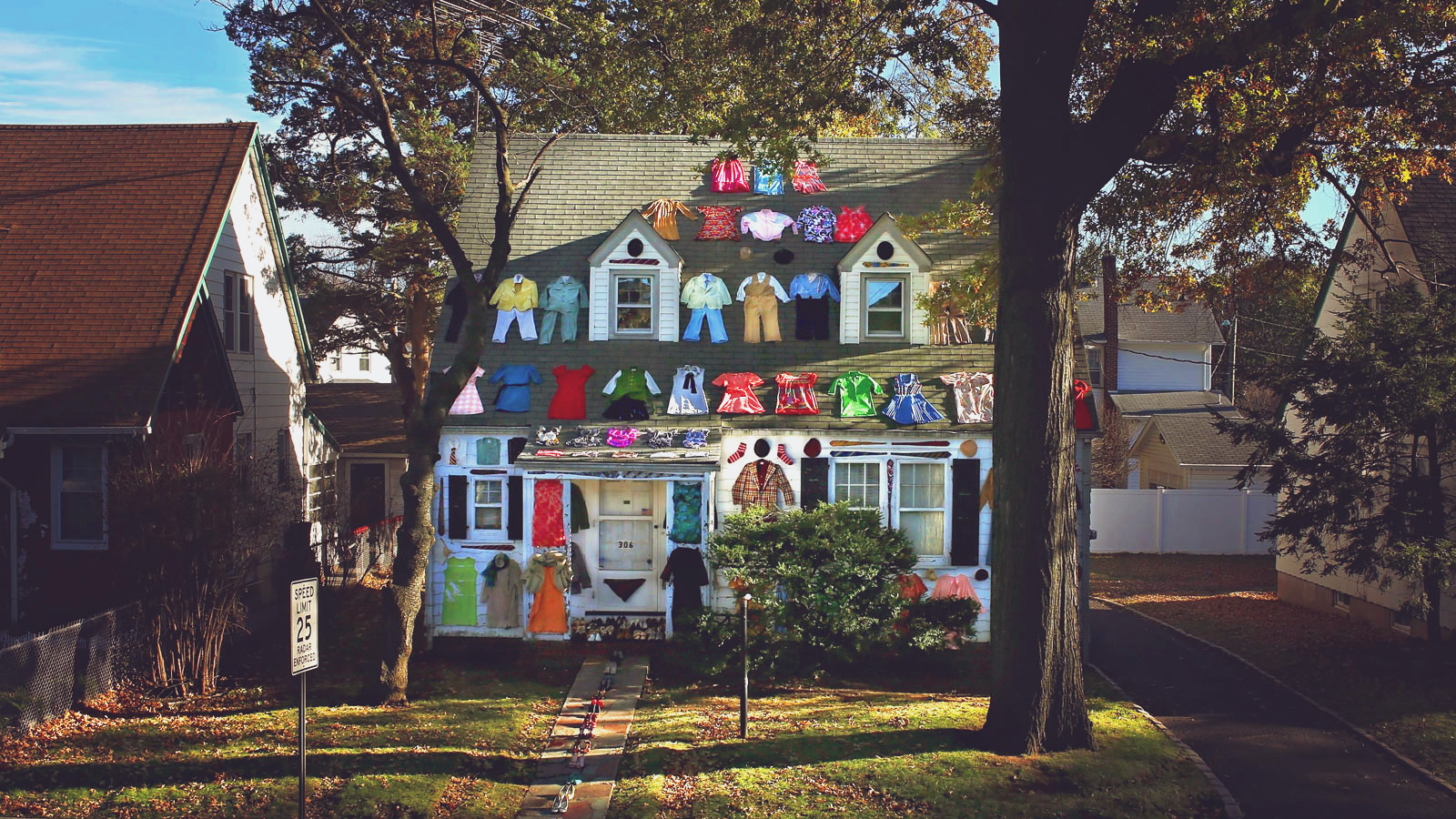 306 Hollywood is an eclectic attempt to document what is left of someone after they die. After their grandmother passes away, Elan and Jonathan Bogarin process the loss of a loved one by piecing together her life from the belongings left in her home and taped interviews they collected over her last 10 years. What results is a spirited portrait of their Grandmother and an exploration into what remains of the dead in the physical world and how the living can mourn through it. (HRM 3.5/5)

The Bogarins went to their grandmother Annette’s house at 306 Hollywood every sunday for 30 years. When she passed away the family was distraught, scrambling to adjust to a life without her. But while cleaning out the house to sell it, they realized that she was not gone, rather still existing somewhere, buried in the hoards of objects she’d kept over her lifetime. They decided to keep the house and, taking inspiration from archeologists, begin “excavations” to archive whatever was left of her.

This quickly proved to be no easy effort, as their grandmother apparently never threw things away. Objects dating back to the 1930s cluttered the house, but Elan and Jonathan persisted, attempting to craft meaning from these dusty everyday objects. They started small, positioning the objects into vibrant arrangements that gave them a life outside of everyday utility. Suddenly, the junk became a story, a piece from Annette’s life. The ordinary was transformed into the extraordinary.

They didn’t stop there, as they had barely begun to scrape the surface of their grandmother’s life. Instead, they continued to give life to her memory, making a miniature duplicate model of the house, reenacting scenes from her life they found on tapes, and choreographing dances with the clothing she created as a fashion designer. Within the film, these explorations of the mundane took on a magical life that communicated the memories they carried. As a result, Annette’s life now possesses a sort of wonderful immortality contained within the frames of 306 Hollywood.

For the last 10 years of Annette’s life, Elan and Jonathan interviewed her annually, taking the opportunity to ask her questions and get to know her on a level they normally would not. These interviews are the viewer’s only connection the real Annette outside of the excavations and feature some of the most amusing and revealing scenes in the film. In one, perhaps the most comical scene in the whole movie, they convince Annette to try on one of her old dresses and a hilarious portrait of her in old age ensues. The cinematic style chosen creates a whimsical atmosphere where everything has a certain magical realism, with an emphasis on the magical. Elan and Jonathan’s background in visual arts was obviously a huge influence on how they chose to depict this film; it is colorful, vibrant, playful, and beautiful. This comforts the viewer, giving a layer of separation from the mournful basis of the documentary. However, I found it to be disconnecting, preventing me from relating to any of them on a more personal level. But I believe it was their intention to create an animated memory of their grandmother that possesses the same vivacity she had when she was alive, and in that they succeeded.

306 Hollywood did not change my perspective of mourning or of the dead, but it was a beautiful and joyful depiction of two people’s memory of their grandmother. Elan and Jonathan Bogarin gave ordinary object a new life simply through the visual style, and their enthusiastic approach to the mourning process is refreshing to see in documentary. It was simply a pleasure to watch.

Q: Does [name of film] pass the Bechdel-Wallace Test?

Yes! It features conversations between Elan and her mother about her grandmother, who is not a man, therefor it passes the test.