‘Head Full of Honey’ a Lighthearted Story about a Heavy Disease 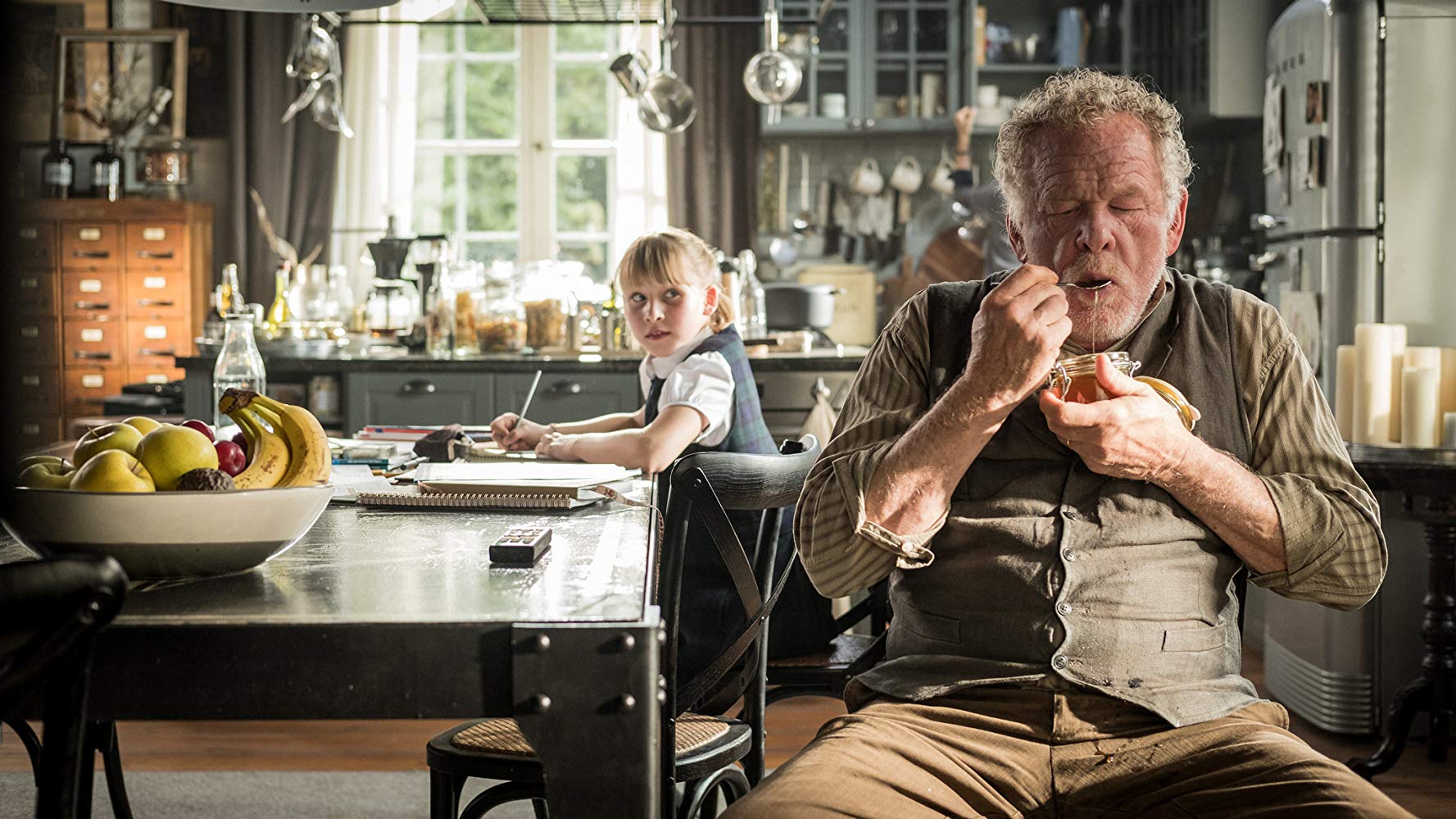 Written by Hilly Martinek and Til Schweiger, Head Full of Honey is the story of a young girl who takes her grandfather with Alzheimer’s on a trip to Venice, where he first fell in love with his late wife. Both funny and heartbreaking, this film is a refreshing and honest story of family love in the face of a debilitating disease. (JRL: 4/5)

Head Full of Honey centers around the family of a widowed man with rapidly-intensifying Alzheimer’s. Following his wife’s death, Amadeus (Nick Nolte) seems to be floundering by himself in his home. Seeing this, his son Nick (Matt Dillon) invites Amadeus to stay with him, his wife Sarah (Emily Mortimer), and his ten-year-old daughter, Tilde (Sophia Lane Nolte). However, Amadeus wreaks havoc in the home, chopping down an entire hedge and peeing in the fridge, making the increasing intensity of his illness all the more obvious to the family.

At a doctor’s appointment, Tilde inquires as to what she can do to makes Amadeus’s situation less painful. The doctor suggests that she normalize his behaviors, and also that she make him feel needed in some way. Taking this advice seriously, Tilde takes Amadeus on a grand adventure to Venice, where he first fell in love with his late wife, sending her parents on a wild goose chase to retrieve them.

After Amadeus meets with a doctor, the doctor reports to Tilde and her father that Amadeus hides his mental decline with humor, which he says he finds intelligent and endearing. I found this to be true for the character as well. In every movie I’ve seen with a character with Alzheimer’s, the character is quite tragic and helpless, and watching the character interact with others and the world is just upsetting. However, in the case of Amadeus, I was able to smile and laugh with him, building an affection for the protagonist that is rooted in more than just pity. Of course, Alzheimer’s is no laughing matter, and the film also features many heart-wrenching moments regarding his disease, but it was nice to have these interspersed with some humor. At the same time, it’s possible that the film swung too far in the “kooky old man” direction, making Amadeus a bit of a caricature who almost carelessly wreaks havoc on those around him. That said, I thought the fact that Amadeus had a personality and a sense of humor outside of his mental decline made for a respectful portrayal of the disease as well as making an otherwise quite tragic narrative palatable.

The acting in the film is impressive. Each character covered the full range of delight, frustration, fear and sorrow that comes with having a family member like Amadeus. They also made for a convincing family. The connection between the actors playing Tilde and Amadeus struck me as especially beautiful and authentic.

Perhaps the aspect of the film I loved the most was its visual beauty. As Tilde and Amadeus travel across Europe, we are able to gaze upon multitudes of beautiful landscapes. The film is also certainly a love letter to Venice—its portrayal makes it easy to understand how Amadeus fell in love there and is constantly itching to go back.

Head Full of Honey is nuanced, full of ups and downs, laughter and tears. In this way, it is certainly a fresh and unique portrayal of Alzheimer’s because it does not focus so much on the misfortune. To me, this film is much more a story of the love of family than a story of the tragedy of mental decline.

Q: Does Head Full of Honey pass the Bechdel-Wallace test? 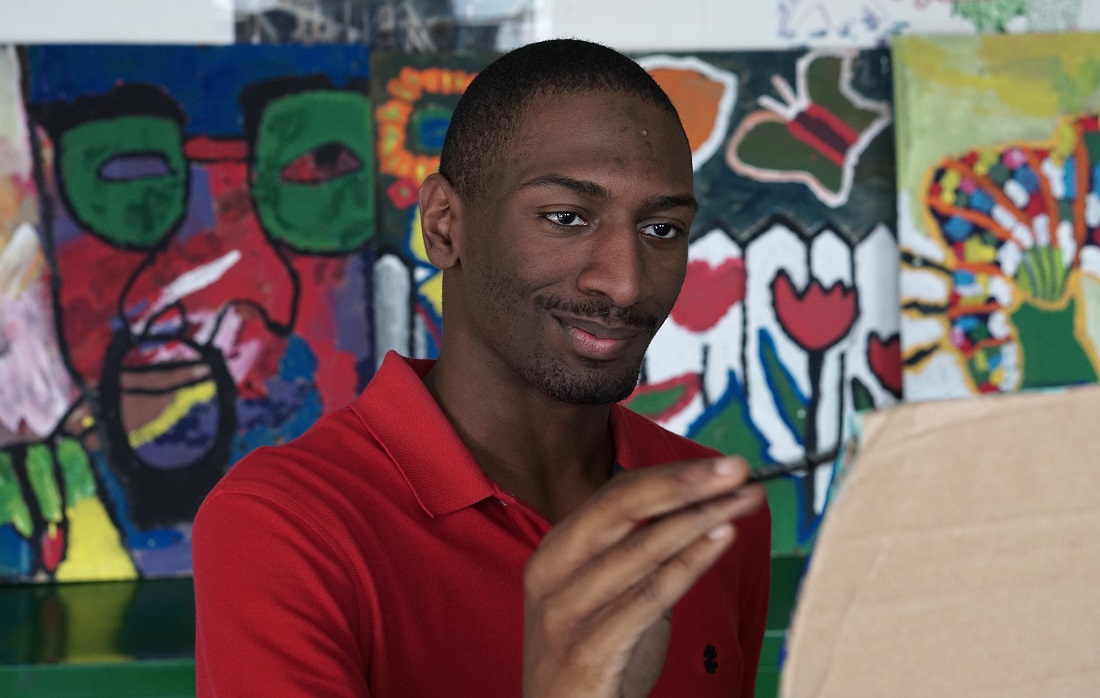 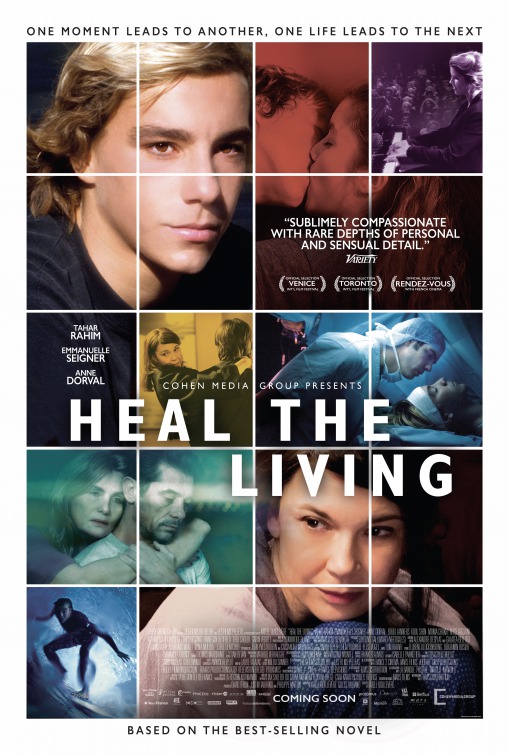