My Days of Mercy is a mixed genre film directed by Tali Shalom-Ezer and written by Joe Barton about Lucy’s (Ellen Page) struggles to deal with her father’s situation on death row. While My Days of Mercy presented an extremely original plot and contained a lot of great moments, it, unfortunately, failed to amount to anything spectacular (DLH: 3.5/5)

My Days of Mercy starts off slow, with Lucy, her older sister, and younger brother heading off to various death penalty protests in the middle of the U.S. There is no context for why the children feel so passionate about showing up to these protests for a good portion of the exposition. We also don’t immediately know why the three children are living in their childhood home without parents. We watch them jump from protest to home and back to another protest without much initial explanation. While this lack of information isn’t necessarily a bad thing, it did contribute to a slow beginning for My Days of Mercy.

It is at one of these protests that Lucy meets Mercy (played by Kate Mara), a young lawyer on the other side of the debate whose father’s police partner was killed by a man facing the death penalty. Lucy and Mercy quickly become interested in each other despite their differing politics, forming the fabric of an interesting plot. Hence, My Days of Mercy is a bold mixed-genre film. It’s not quite a full-blown romance, not quite upfront about its politics right off the bat. Because of this balancing act between the two central plot points, My Days of Mercy tends to flit around both subjects.

Lucy’s relationship with Mercy quickly becomes intertwined with the protests. Every time Lucy reaches her destination, Mercy is miraculously already there. The two lock eyes in a crowd of protesters and sneak off to meet. This basic structure occurs multiple times throughout the film.

Even still, one of my biggest issues with My Days of Mercy is that the relationship between Lucy and Mercy ends up being fueled more by sexual encounters than a real emotional relationship. When the two first meet up after a protest and head to a bar, Mercy spills out the reason she goes to so many death penalty protests. Her father is on death row and her situation is complicated. After letting her life story slip out, Mercy simply kisses her instead of offering any kind of constructive input. Of course, Lucy’s situation couldn’t really be fixed by anything Mercy could have said, but it would have been nice if she had tried to console her on an emotional level rather than just a physical one.

It seemed to me that Lucy and Mercy’s relationship became heavily reliant on sexual tropes rather than an intimate bond, which is one of my biggest qualms with “lesbian relationship movies.” It’s unfortunately rare to see a film that properly examines and portrays a meaningful lesbian relationship, and I had higher expectations for a film made with multiple LGBTQA+ identifying participants.

Even still, it’s impossible to deny that My Days of Mercy had many strengths. The relationship between Lucy and her sister Martha was incredibly strong, and Shalom-Ezer did a wonderful job of incorporating intense moments between the two characters that were full of suffering, joy, and sisterly love.

My Days of Mercy also revolves around a particular structure involving shots of prison food and written markers of which prison center the different executions were to take place at. These shots were eerie and clean, which offered great sectioning in a film so full of traveling back and forth.

All in all, My Days of Mercy is a fine film. It ticked off all the marks of originality, attempted representation, and well-executed filmic moments. Unfortunately, there were still many parts of My Days of Mercy that I found myself wishing more of considering the initial creativity of the overall plot and structure.

Top Photo: Mercy and Lucy in an RV.

Bottom Photo: Lucy leaning on Mercy as she falls asleep.

Does My Days of Mercy pass the Bechdel-Wallace test?

100 times over. There are very few male characters in the film, and My Days of Mercy revolves around two of Lucy’s central relationships with her sister and her love interest as she attempts to deal with the grief of her father’s imprisonment. 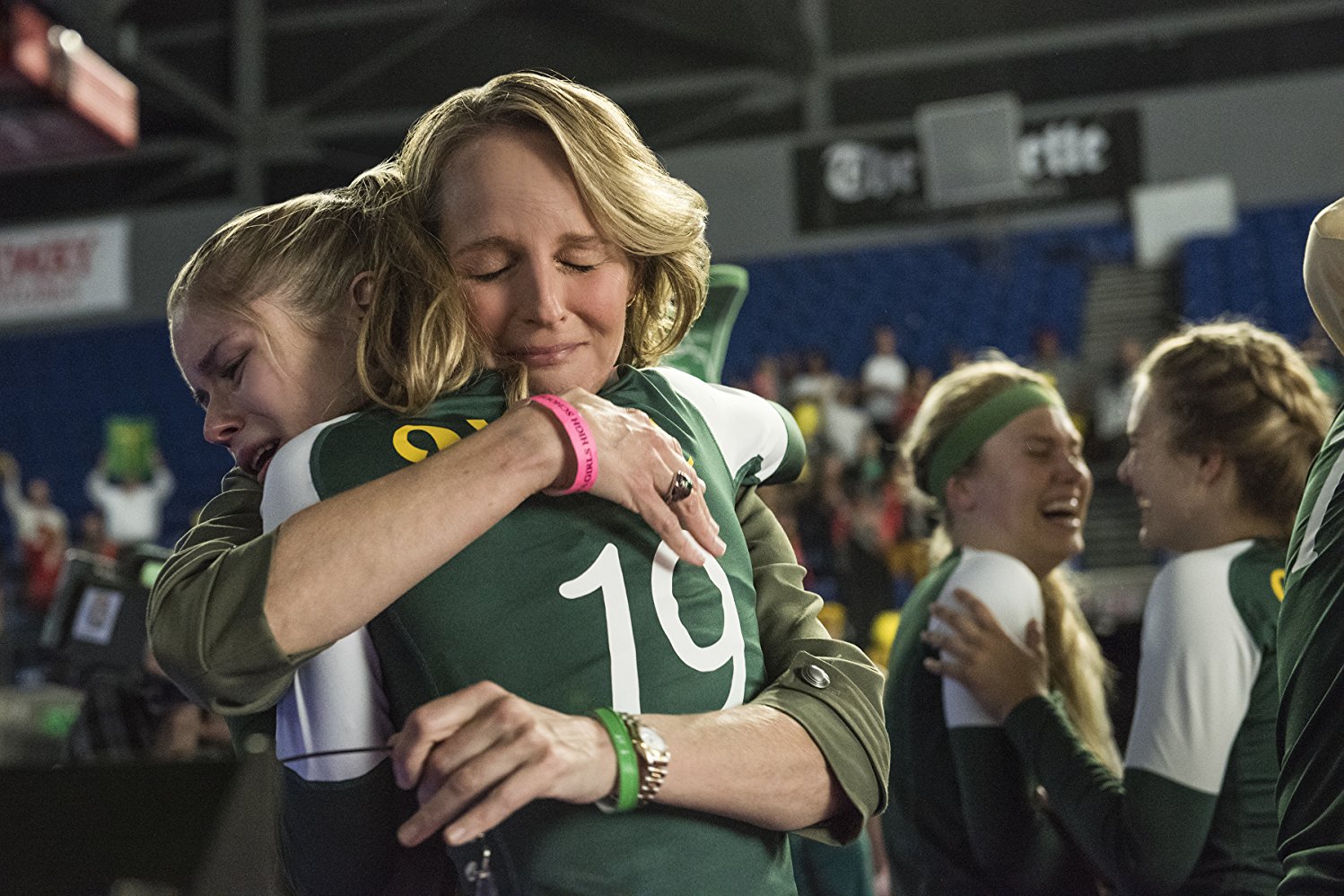 by Dayna Hagewood July 2, 2019
Dayna graduated from Rutgers University in May of 2019 with a degree in English and Cinema Studies and a concentration in Creative Writing. Dayna loves working with FF2 Media because writing about film harmonizes her greatest interests and allows her to participate in showcasing women artists doing amazing work. As a writer, film buff, and avid cross-stitcher, Dayna appreciates that FF2 carves out a space for women artists in an industry so unwilling to lend one to marginalized groups. She is proud to aid in creating and facilitating that necessary space.
Previous Post Next Post