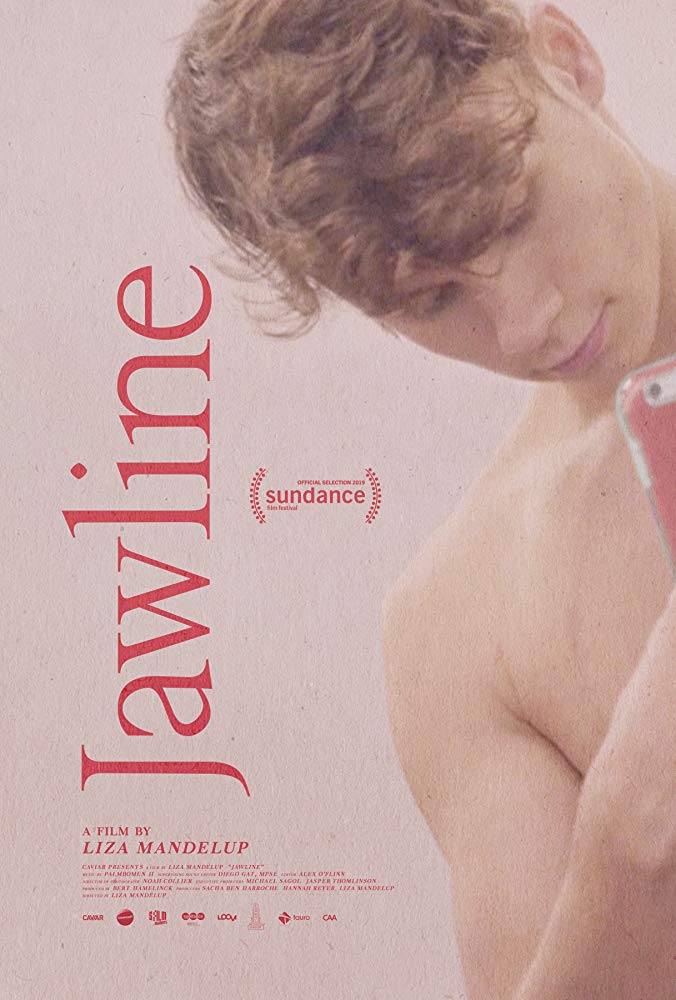 Created by Liza Mandelup, Jawline is about a 16-year-old boy who dreams of escaping his small life in rural Tennessee by becoming rich and famous using social media. Jawline is a fascinating, if uncomfortable to watch, testament to the rising world of internet fame and what it demonstrates about the world of social media in the most technology-centered generation yet, Gen-Z. (JRL: 4 / 5)

Jawline follows Austyn Tester, a 16-year-old from Kingsport, Tennessee, who dreams of escaping his modest hometown by becoming famous. This is a tale as old as time, but with a Gen-Z twist: Austyn gains this fame right from his bedroom, through an online live-streaming platform called YouNow.

Several clips from Austyn’s live sessions show him talking to adoring fans- virtually all teenage girls- telling them how beautiful they are and encouraging them to follow their dreams. As Austyn signs off, he reminds his audience that “In whatever situation you’re in, you’ll get through it, because remember storms don’t last forever”. This seemingly gratuitous message of positivity turns out to have more weight than it appears; Austyn’s father left his home when he was young and his family has been struggling to make ends meet ever since. Austyn is convinced that his small, but growing, platform on YouNow is his ticket out of the unglamorous life he currently leads.

Austyn gains notoriety by video chatting with fans and livestreaming his days through YouNow. He finally escapes Tennessee to go on tour with more skater-boy type teens like himself, all with the same hairstyle and hunger for success. Austyn must learn to navigate this new world of money and internet fame while working to keep the following of fangirls that got him there in the first place.

Though watching Jawline was genuinely physically painful at times, I can’t argue that it’s not a well-made documentary. As social media becomes more and more central to the lives of young people, its sometimes devastating effects on their world become more apparent. In his stand-up special ‘Make Happy’, Bo Burnham discusses how social media has allowed people to be both the audience and the performer, both the viewer and the viewed. This creates a need to make a performance out of one’s own life, one’s own identity. Platforms like Instagram, Facebook and YouNow are supposed to allow us to see more into others’ lives, but instead these platforms keep us further from truly understanding them. Jawline demonstrates just how real this concept has become in young people; for example, Tester encourages his viewers to stay positive in life in all of his videos while practically throwing a fit when he must do chores after returning from tour, and teary-eyed teenage girls explain how they see Tester as a brother, while he demonstrates that what he cares about in this endeavor is money and fame.

Another theme that lurks below the surface of Jawline is what I’ll call the Justin Bieber phenomenon, in which hoards of teenage girls fall madly in love with someone, making him famous, simply because he’s a cute and charming teenage boy. It could be argued that Justin Bieber gained his fame because of his music, but a person like Austyn Tester, who ended up on tour without any notable talent, seems to show that if YouNow was around in 2008, Bieber might have made it without the top hits. I could go on to deliberate the psychological and societal reasons behind the JB phenomenon, but the point is that, however sick it makes my feminist soul, it definitely exists. Social media platforms like YouNow have allowed teenage boys to capitalize on this phenomenon without the pretense of a talent; they simply present themselves as cute and charming, and fame is essentially handed to them. But what’s interesting about Jawline is that it shows how toxic this particular kind of fame is, on the side of the male celebrity and on the side of the fangirl. What’s masterful about Jawline is that filmmaker Liza Mandelup makes no judgements; she does not attempt to draw conclusions for the viewer about what makes it all so toxic. She simply presents this complicated world as she sees it. What results is not a preachy cautionary tale to the younger generation about the pitfalls of technology, but instead an empathetic and nuanced testament to the complicated new world of social media created by Gen-Z kids.

A: Nope! For better or for worse, this film is totally about guys.

I was so sickened by Jawline that I couldn’t actually watch all the way through. One aspect of the film that runs in parallel to Austin’s plotline is the exploits of a social media “manager” who has moved all his “clients” into the same Los Angeles mansion to further their careers. We see this manager put his clients in positions where they can become more famous, though he also does a far amount of cajoling and haranguing to get these tweens to do what he wants. What makes the whole thing even more surreal is that this manager is a tween himself, and one who claims to know the COO at Instagram at that. The kid claims that he gives his clients resources they couldn’t get anywhere else from these connections, the source which we are left to wonder about.

Maybe it’s the fact that I’m obsessed with the global warming apocalypse, or maybe it’s the approach of the 2020 election, but it was highly disturbing to me to see this manager kid drop hundreds of dollars in a famous LA shopping district and order full massages for everyone in the house (the masseuses come to them, of course), all with the end product being people like Austin telling their fans to simply “be positive.” The issue with the “be positive” line is that Austin and co. don’t elaborate on this point at all; the line as Austin tells the camera is that (rough paraphrase) he wants to be positive, so that he can influence people, and make them positive too, and change the world. The whole thing is circular logic with no real goal in mind, which means that if we take a generous viewpoint on Austin and assume him to have good intentions, he is embarking on this career with no way to really accomplish his goals. What made it impossible for me to watch another second of this film was the crushing emptiness of the world and people it depicts. ‘Here and Now’ Peers into a Woman’s Crippling Mind