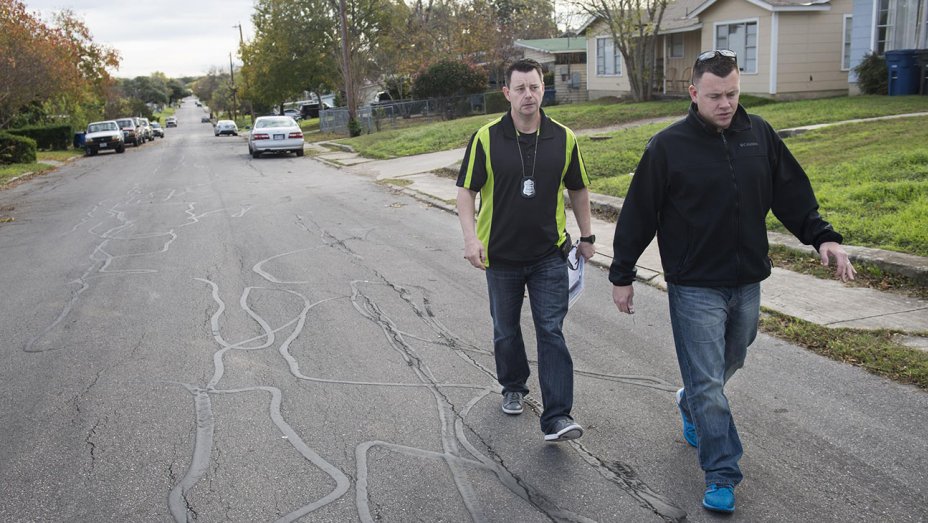 The first thought that comes to mind when the word police comes up in conversation is safety and often, safety from. How do we keep safe from the dangerous acts of the police today? Ernie and Joe: Crisis Cops opens with graphic news footage of police officers in Texas shooting a mentally disabled man in front of his own house with his mother present–just for holding a screwdriver. The first thought that comes to mind when watching that scene unfold is, safety. How can they have implemented a safer way of handling that situation? McShane thus opens an interrogation into the San Antonio Police Department’s mental health unit through two officers, Ernie Stevens and Joe Smarro. Ernie and Joe aim to divert people into mental health treatment rather than jail and put charitable policing policies into effect through workshops, Tedx Talks, and information sessions. They have begun to develop a new way of interacting with mental health calls — no uniform, no backup, just friendly faces with psychological training in how to deal with people in manic, psychotic, suicidal, or other mental health related  episodes.

This film is heartbreaking. It cracks open an operation within the police force that is underfunded and underrepresented throughout the country. McShane follows Ernie and Joe on mental health calls that end well with safe, compassionate, comfortable trips to the hospital where they are promised care and safety. One call in particular of a woman, Kendra, attempting to jump off of a highway bridge really pulls on the heartstrings. Ernie and Joe pull up, sit down next to her, and for the next fifteen minutes or so share with Kendra that they fear for her life, believe in her, and can truly get her help. They promise to catch up with her and make sure she is alright once she has received treatment–which she does, staying sober for as long as the documentary keeps up with her.

Throughout the film, you learn more about Ernie and Joe: their life before this, why they believe this to be the right thing for the police to implement, seeing them doing just that through workshops with other cops and young cadets. It is truly hopeful to see a room of young cadets learning about how to handle a mental health situation with care.

However, there is something about the film that seems on the edge of something. How do these people get the healthcare they promise when the healthcare system seems to purposely work against the work Ernie and Joe are advocating for? Why are we only offered the opening clip of cops making the wrong choices — especially when there is no doubt that Ernie, Joe, and their team must struggle constantly with the other cops in the station acting with selfish protection rather than out of compassion all the time? The film feels unfinished. It feels like there were things left unsaid, whether purposefully or not.

To shine a light on the necessity for mental health awareness within the police force is to also illuminate the oppressive systems within our government, such as privatized healthcare, that cause such positive units trouble. Yet, ignoring the secondary issue brings up more questioning of the first and whether or not it is actually helping as much as it is clear Ernie and Joe wish it was.

Yes. There is one small scene where two women who have and/or live with people with mental illnesses talk about their experiences.

One heartening thing from this film was that Joe and Ernie are shown bringing in mentally ill people to talk to young police cadets. These people talk to the cadets to help them understand what a person is going through in an episode of psychosis. The only issue I found with this scene in the film is that it was the only scene like that. One issue in particular was that there didn’t seem to be many people of color either consulting with or training this unit. There also was no acknowledgement of the racial element of police brutality. When people like Dylann Roof are taken to Burger King on their way to jail while disabled people holding screwdrivers are shot, mental health clearly isn’t the only reason for these atrocities.

The absence of black and brown people in the leadership of this unit makes me wonder, as does the absence of cases in the movie where they do not succeed. If the film’s examples are to be believed, Joe and Ernie basically never fail with their approach. Each of them has some stories about harrowing experiences they’ve encountered, but the camera crew seems to have followed them around for a significant period of time–why didn’t they ever have an unsuccessful encounter with a mentally ill person? Since I’m pretty sure this unit doesn’t have a 100% success rate, it seems like Maiya is right–something is being left unsaid. 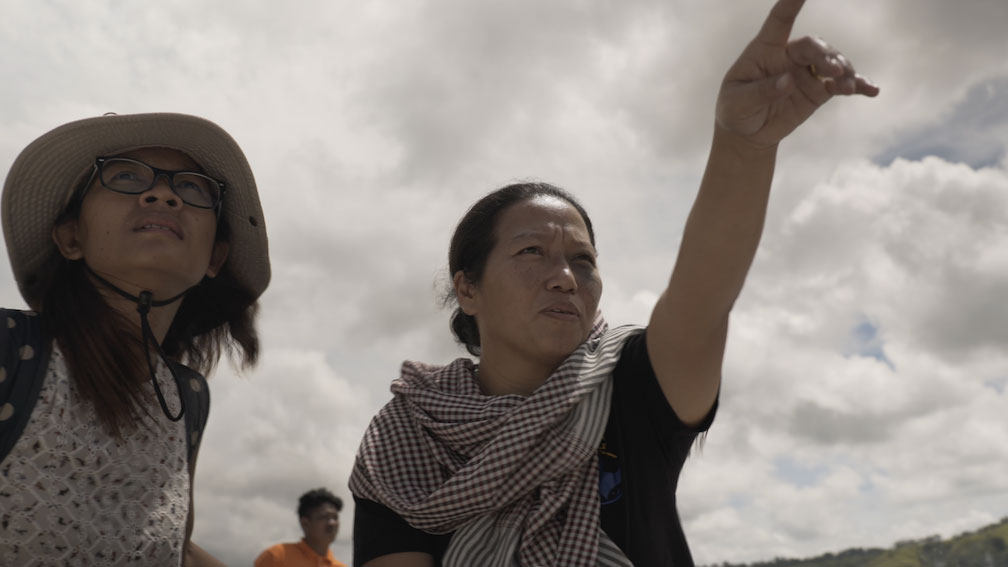