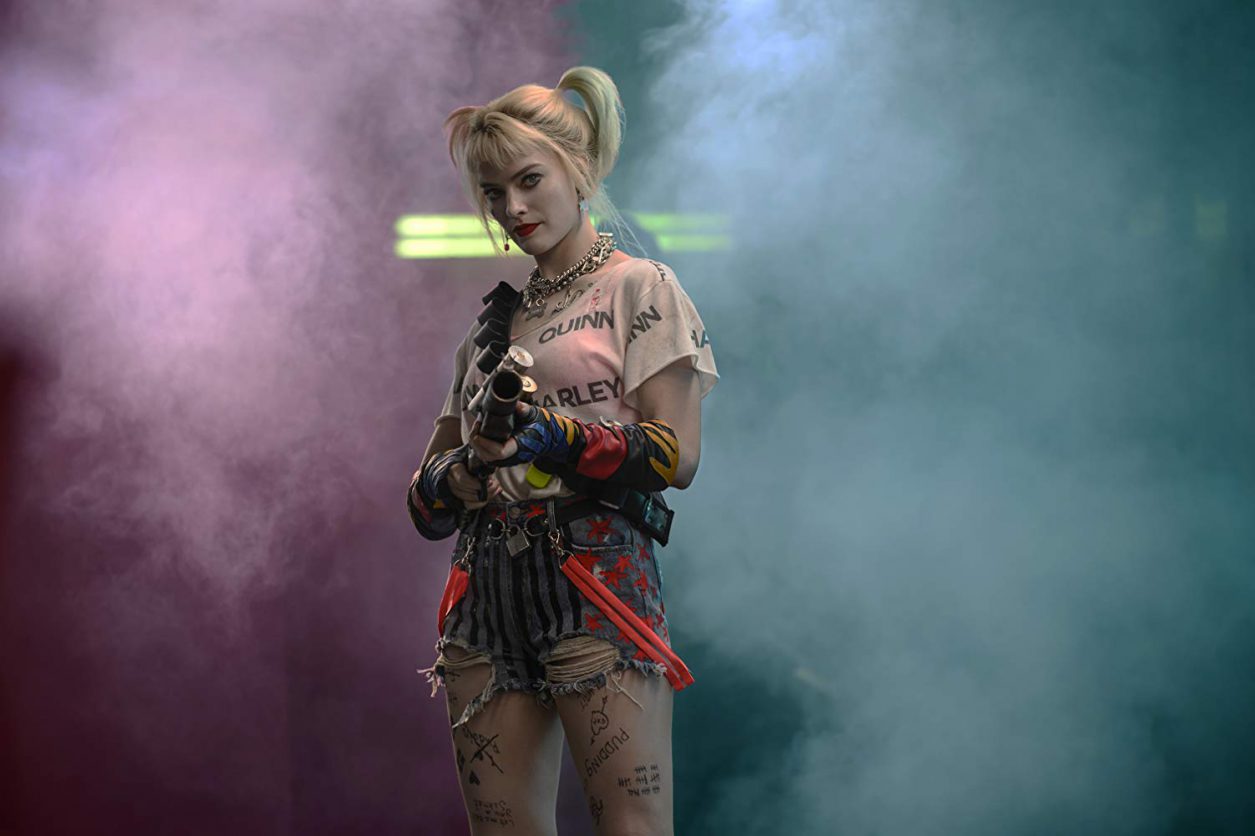 Director Cathy Yan collaborates with writer Christina Hodson on action-packed adventure superhero feature “Birds of Prey (and the Fantabulous Emancipation of one Harley Quinn)”. This is a psychotic catharsis on a rollercoaster of glitter and violent fun. Margot Robbie stars as the kooky Harley Quinn and is accompanied by a notable female cast including Rosie Perez, Jurnee Smollet-Bell, Mary Elizabeth Winstead, and newcomer Cassandra Cain. (KIZJ: 4/5)

“Harley Quinn” (Margot Robbie) is a smart woman with a Phd who worked at a mental asylum and fell in love with her patient, the Joker. After breaking free they began their chaotic life as the power duo that all of Gotham City fears to offend. A quirky and compact animation and first-person narration brings the audience up to speed on all the important moments that brought Harley to her current predicament.

Forewind to the present, Harley is broken and distraught about her break up with the Joker, but has so far kept it a secret from everyone. Why? Because the association with the Joker allows her to do anything she wants. This includes casually breaking the legs of “Roman Sionis’” (Ewan McGregor) driver, who belittled her with a sense of masculine superiority whilst she was dancing away her woes in a club. To put into perspective how dangerous this could have been, Roman is someone who can easily order his men to hang people who offend him upside down and slice the skin of their faces off.

Continuing her wallowing-turned-aggression, Harley comes to a spot where she sees the chemical plant in the distance–the place where it all began between her and the Joker. She sees a tank truck nearby and lets loose a big grin: this was an opportunity to create an immense explosion. Without much thought, she drives it towards the plant, pulls off the necklace that symbolizes her love, and hops off just in time to see it explode into a colorful firework display. Harley turns her back and walks away with a sense of pride and catharsis, which only lasts moments because she forgot about the horrific implications of her actions. This was an indicator to every single person she has ever offended in Gotham City that she was free to be hunted and punished.

At this point Harley halts the story and rewinds to show in more detail what was happening around the city moments before her mass destruction. Here the audience is introduced to “Renee Montoya” (Rosie Perez) who is a hard working detective from the Gotham City Police Department whose work is often overlooked by male superiors. Also sitting in the police station is “Cassandra Cain” (Ellen Jay Basco), a young pickpocket who has been caught yet again. Singing in a club across town is “Black Canary” (Jurnee Smollett-Bell)—Sionis’ songbird. In another part, we see “The Huntress” (Mary Elizabeth Winstead) and learn that she is a trained assassin. A priceless jewel goes missing, and this gradually intertwines all these women’s lives.

Birds of Prey (and the Fantabulous Emancipation of one Harley Quinn) doesn’t follow the usual presentation of an adventure story arc and I actually find myself appreciating it more and more as I think back on it. Although it had its predictable moments, Director Cathy Yan and Writer Christina Hodson work together to ensure the audience never knows quite what the execution would be like–and that certainly kept me on my toes. That and of course the impressive action sequences that left me wide-eyed and open-mouthed.

Margot Robbie is absolutely “fantabulous” and entirely convincing as this Phd ex-psychiatrist from the mental asylum. The way she embodies this crazy role is incredibly entertaining to watch, and the boldness is refreshing. The young Ellen Jay Basco impresses with her natural performance as she experiences the psychotic ride of Harley Quinn together with the audience. I am so glad to see Rosie Perez in the role of Renee Montoya, and she appropriately combines professionalism and sass, which can also be said for Jurnee Smollett-Bell as Black Canary. Mary Elizabeth Winstead, on the other hand, brings a lot of genuine laughter as The Huntress, which is not something you expect at first, but is definitely a pleasant surprise. Admittedly I was surprised about the casting of Ali Wong in such a serious role in a film that was so playful—she would have been able to rock a wacky character—maybe next time?

Erin Benach helps visually interpret each character through costume design and deserves a special mention. As someone who is a big fan of the use of design, color, and stylistic choices, my eyes feasted on the details of each scene. From the graphics, to the choice of weaponry, and the artistic choices made when telling backstory.

There were a few moments when I felt distant from the actors; the pauses and spaces between them left me feeling empty and quietly reminded me that I was watching acting. But there were also poignant moments  where we get to see behind Harley’s loud self and into her ticking mind. On a side note, I would have enjoyed seeing more emotional development from the supporting characters.

This is fun, this is different, and for me, this is one for the ladies who have too often been given arm candy roles in such big movies. The entire film was very satisfying to watch as I enjoyed every blunt comeback and feminist reference on how women get underestimated and wronged. Except this time the women can fight back quite literally and be both their own and each other’s heroines.

Top Photo: Birds of Prey (and the Fantabulous Emancipation of one Harley Quinn) Poster

Does Birds of Prey (and the Fantabulous Emancipation of one Harley Quinn) pass the Bechdel-Wallace test?

Yes! There are so many women in this who talk about plenty of things from stuffed animals to mentorship.