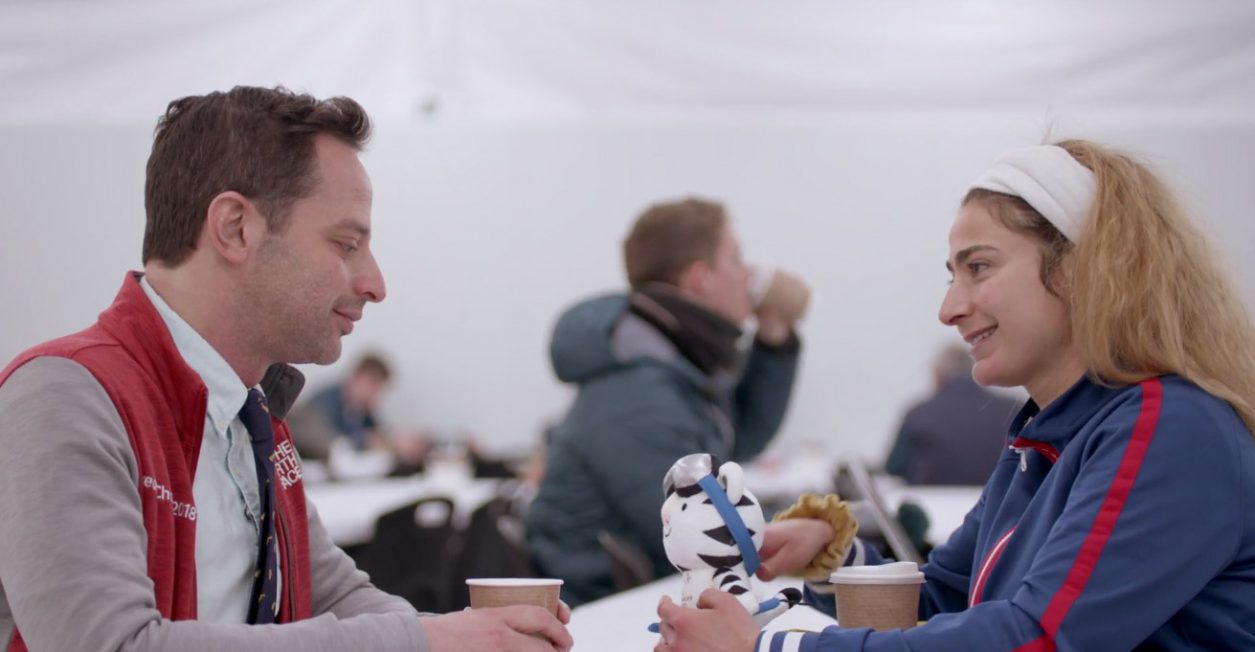 While the age difference is a bit of an eyebrow-raiser, this Nick Kroll fronted rom-com set at the 2018 Olympics gives us a meditative spin on the genre. Writer and actress Alexi Pappas gives us a painfully believable performance of a stressed-out millennial still figuring herself out. (GPG: 3/5).

One of the most impressive things about Olympic Dreams is that it was shot at the real Pyongchang Olympics in 2018. Knowing that made the documentary style of shooting feel all the more immersive. On the backdrop of races and cafeterias that were trafficked by real Olympians, cross-country skiier Penelope (Alexi Pappas) must compete in her first Olympics ever. Unlike other sports movies where the big race is the climactic moment of the story, in Olympic Dreams that moment comes within the first twenty minutes. Alexi does pretty badly, despite what she tells herself, and the story for the rest of the film is about her figuring out where she wants to go from here. With the Olympics behind her, what will she do from now on? Who will she be from now on?

Meanwhile, Gus (Nick Kroll) is also in a transitional period of his life. He and his ex-fiancee have just split up, and now he’s apparently dealing with his grief by volunteering as a dentist at the Olympics. Or maybe he was going to do that anyway. Either way, he’s here, and he’s figuring himself out at the same time as Penelope. When they meet and start talkin in the cafeteria of the Olympic dorms, they make an instant connection. After Penelope loses her race, Gus is the only one who understands what she’s going through, considering Penelope was in one of the first races of the games. Penelope struggles to connect with other Olympians, just as Gus struggles to connect with people in his life back home. The chemistry between the two actors is classic, with the documentary style lending a more believable air to the quirky humor of the script. Pappas clearly writes as well as she acts, with the lines fitting her and Kroll like gloves.

I need to address the age issue, though. Nick Kroll’s character is meant to be in his late thirties, while Penelope is 22. The fifteen year age difference takes a lot of the romance, not to mention the comedy, out of this film whenever the viewer is reminded of it. While both of them are in weird places in their lives, it’s certainly odd of Gus to let a 22 year old girl take him back to her dorm and fall asleep in her bed. There’s also a scene right at the end of the movie that invoves a sensual version of the common dental examination where the dentist checks the lymph nodes in the throat–I didn’t find it romantic. It’s also a bit of an issue that a 37 year old man and a 22 year old girl are at the same level of emotional maturity–doesn’t that say something unflattering about Gus? Women are generally said to be mentally older than men, but when the age difference is this big one would hope that wouldn’t be true.

There’s also the problem of Penelope having to help Gus get his life together like she’s responsible for his growth somehow. There’s a scene where she berates him for being aimless in life, begging the question of why it’s her job to do that. If I knew a 22 year old girl who was in a relationship like Gus and Penelope’s, I would tell her to get out as fast as possible. The film portrays Gus as a sensitive and caring guy, but all I could think was that any real guy who would allow himself to get into that situation would almost certainly be a creep. After all, Gus approaches Penelope the first several times they speak–it seems like he’s pursuing her, even though it’s clear from the first how big their age difference is.

All they would really have had to do to make this film a little more palatable would be to age Gus down or age Penelope up, or both. They could have kept her 22 and made him even as old as 30, and it wouldn’t have been as weird. As it is, the genuine humor and funny script was brought down by the issues inherent to the characters’ situations.

Yes! While most of the film is about Penelope and Gus, there are some scenes of Penelope socializing with the other Olympians. They talk about what it’s like to exist in such a high pressure environment, and their hopes and dreams for after the Olympics. 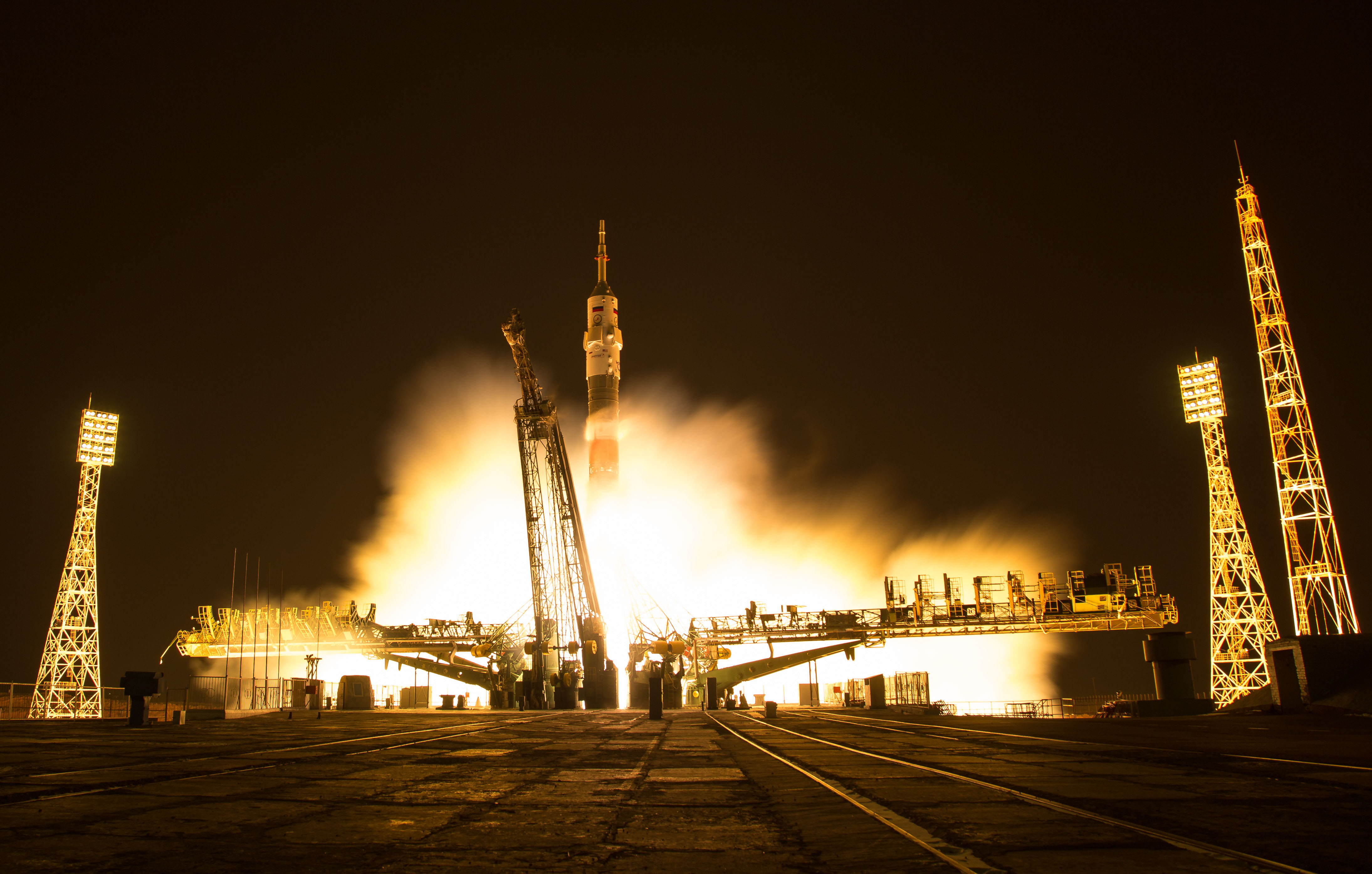 ‘Above and Beyond’ is a love letter to NASA

by Giorgi Plys-Garzotto February 12, 2020
Giorgi Plys-Garzotto is a journalist and copywriter living in Brooklyn. She especially loves writing about queer issues, period pieces, and the technical aspects of films. Some of her favorite FF2 pieces she's written are her review of The Game Changers, her feature on Black Christmas, and her interview with the founders of the Athena Film Festival! You can also find more of her work on her website!
Previous Post Next Post