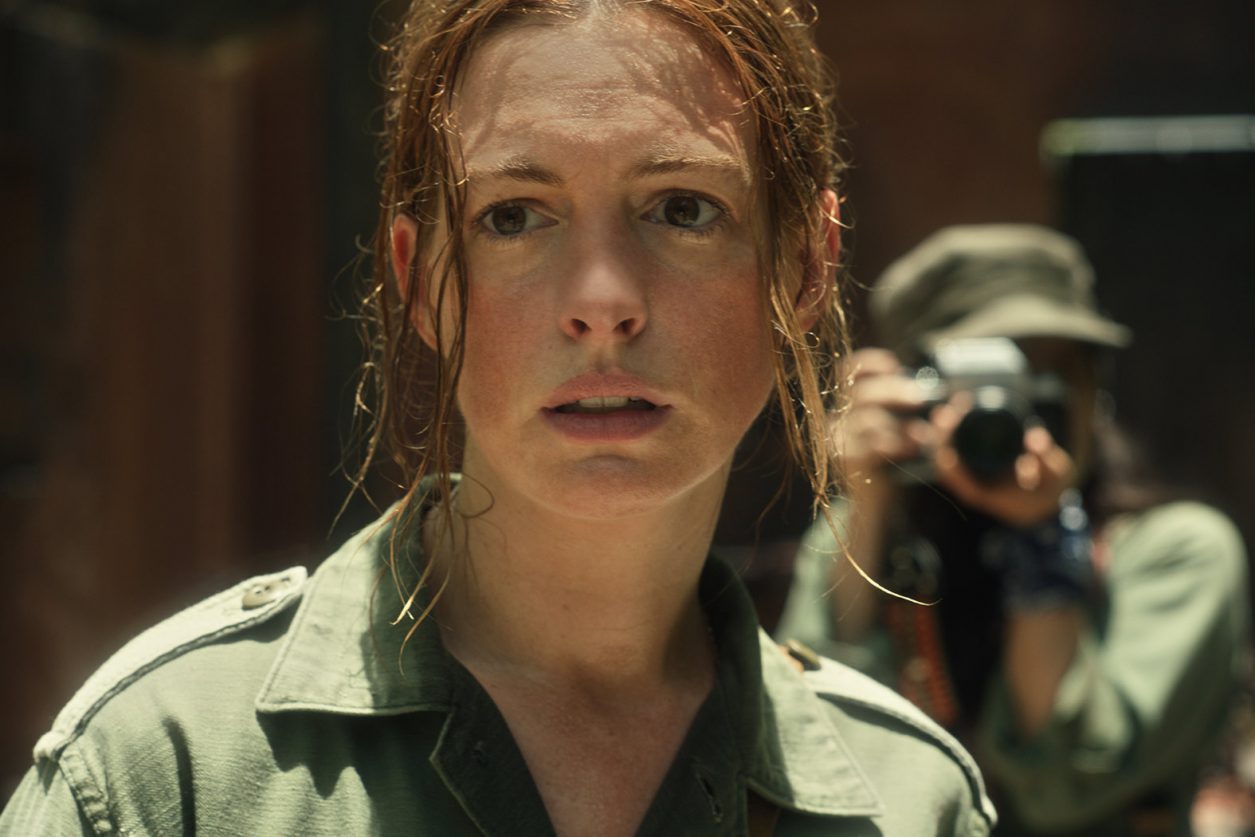 Anne Hathaway stars in the complicated, cluttered Netflix Original The Last Thing He Wanted from writer/director Dee Rees. Despite its aesthetically artistic lens, this adaptation from Joan Didion’s 1996 novel of the same name doesn’t quite translate to the screen. (BKP: 3.5/5)

With a talented cast lead by Hathaway and a film adaptation by Oscar-nominee Rees, the lackluster thrills in this political theater are surprising. Set in 1984, The Atlantic Post reporter Elena McMahon (Hathaway) is forced to switch her journalistic focus from rebellions in El Salvador to Ronald Reagan’s re-election campaign. Mix in a daughter at boarding school and a drunken, demanding father with dementia (Willem Dafoe), and Elena is off delivering guns in Nicaragua.

There’s montages of plane rides and Elena being annoyed by the Reagan-loving countrymen; all of which seem like you turned on the television and caught The Last Thing He Wanted in the middle. You’re left wondering what her goals are, who the conflict affects and why Ben Affleck is there, but feels like he isn’t? (He mostly just walks around and/or stands up from his chair – an interesting, wasted use of the actor).

While so much of the film feels puzzled together narratively, the visual aspects of the film proves Rees’ talents behind the camera. Dividing Elena’s apartment and her daughter’s boarding school hallway by a simple wall, Rees cleverly uses all of the room she’s given. She moves in, out and around, showing how she “can make a camera dance,” as Aaron Sorkin once described trusted West Wing director Tommy Schlamme and his infamous walk-and-talks.

Academy Award nominee for Mudbound (2018), Rees knows how to best use her camera and add a color gradient that is, for all intents and purposes, stunning. It’s just too bad she and co-writer Marco Villalobos couldn’t quite piece it together in a way that was satisfying for an audience (rather than a reader).

Nonetheless, Hathaway proves, once again, that she can better any material she is given simply by her screen presence (in my opinion, she should have gotten much more recognition for her stellar performance in Todd Haynes’ Dark Waters). She’s believable as Elena McMahon. If only Elena McMahon’s story was more coherent.

Editing and prior knowledge of a novel can affect the way viewers interpret a film, like it did with Little Women (some who had never read Louisa May Alcott’s classic were confused by the time jumps, despite a different color gradient in the timelines). And that could have been the case here, too. Had I read Didion’s well-received novel, I might have viewed the film differently or had a better grasp on what was missing. Then again, it’s the writer’s job to adapt the film in a way where viewers can enjoy and understand just as much as readers. Unfortunately, that wasn’t the case for The Last Thing He Wanted.

Photos: Anne Hathaway stars as Elena McMahon in The Last Thing He Wanted

Q: Does The Last Thing He Wanted pass the Bechdel-Wallace test?

by Brigid K. Presecky February 21, 2020
Brigid Presecky began her career in journalism at Chicago's Goodman Theatre. In 2008, she joined FF2 Media as a part-time film critic and multimedia editor. Receiving her Bachelor of Arts degree in Communications from Bradley University, she moved to Los Angeles where she worked in development, production and publicity for Berlanti Productions, Entertainment Tonight and Warner Bros. Studios, respectively. Returning to her journalistic roots in Chicago, she is now a member of the Chicago Film Critics Association and certified Rotten Tomatoes Film Critic.
Previous Post Next Post