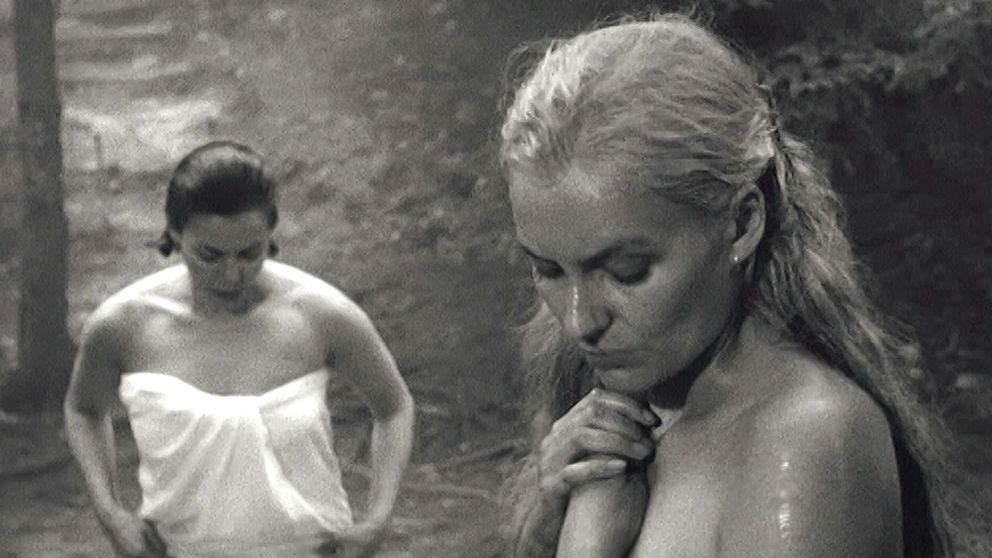 Mai Zetterling directed and co-wrote her debut feature Loving Couples (1964)—a Swedish drama based on one of Agnes von Krusenstjerna’s seven-part Swedish feminism literary series, The Misses von Pahlen. Zetterling focuses on three women and their romantic relationships, their connection to motherhood, and the solidarity of their gender. (KIZJ: 3.5/5)

Squeaky wheels and women’s screams echo in the hallways of the hospital. Young and pregnant “Angela von Pahlen” (Gio Petre) walks arm-in-arm with her aunt, “Petra von Pahlen” (Anita Björk), up the stairs towards the checkup room. The beautiful and sweet Angela is from an aristocratic family and a seemingly happy mother to a child of a married man. As the doctor comes in to greet the two women, Angela reminds “Dr. Jacob Lewin” (Gunnar Björnstrand) about his promise to keep her awake during the birthing procedure so she can see everything that happens.

Dr. Lewin reassures Aunt Petra that Angela will be taken care of by the hospital. The beautiful and sweet Angela is from an aristocratic family and seems happy, despite being about to mother a child of a married man.  After greeting Angela, the doctor visits his next patient, “Adele Holstrom” (Gunnel Lindblom). Adele is a servant who is filled with hatred for her situation. She struggles to find any positivity from within, and this is reflected in her distasteful attitude towards her husband and her unborn baby. Her checkup reveals that the child inside is dead—she is admitted for an operation. Adele bitterly tells her husband waiting outside, and then asks to be left alone. “Agda” (Harriet Andersson) is another pregnant woman in the hospital, but— unlike the previous two women—she has a much more playful disposition. Agda is an artist’s model and servant. Despite having experienced inappropriate sexual advances during childhood, she appears to enjoy her sexuality. With a paper bag of sweets in hand, she sings as she skips up and down the stairs, trying to get her baby to come out. As these three pregnant women wait at the hospital, we are shown their childhoods, their differing backgrounds, and what led them to this moment of motherhood.

Director Mai Zetterling began her career as a stage and screen actress. After her debut feature, Loving Couples, came out, she was concerned about its reception. In her autobiography, she said that she was described as a woman who ‘directs like a man,’ and it was only later on that she realized that this was a good thing. She had ceased to be just any woman and had now become a woman who could be taken seriously.

The film is scattered with sexist remarks and bold opinions on marriage. One of the exchanges between two men very early on is about how men are tied to women by umbilical cords, which feeds a man’s vanity, but strangles a man’s independence. There are also comments about how marriage with a woman is 30 years of torture for 30 seconds of pleasure. These two are from men, but as each woman’s past is revealed, we see that the women don’t shy away from being blunt about their views on marriage and relationships with men either. In fact, there is very little holding back in this film at all—lesbian relationships develop at a girls’ boarding school, affairs and sexual encounters are happening left, right, and center.

But where does this leave the audience? As I grappled with all the different storylines and the many messages in this 117-minute feature, it eventually pointed me towards asking what Zetterling wanted to do with her film. In this intimate and emotional drama, Zetterling presents both commentary and questions on women’s role in a society that was trying to find a new structure to blend its traditional ways with its progressive views. Alongside a team of talented actors, Director Zetterling made her mark with Loving Couples because it showed a point where women’s experiences were not just a decorative feature of a story, instead they formed parts of the identities of its lead characters.

Yes. Although a lot of the conversations between women are indeed about men, there are still multiple instances where they talk about other things such as when some schoolgirls where singing hymns and talking about the dog in the yard. 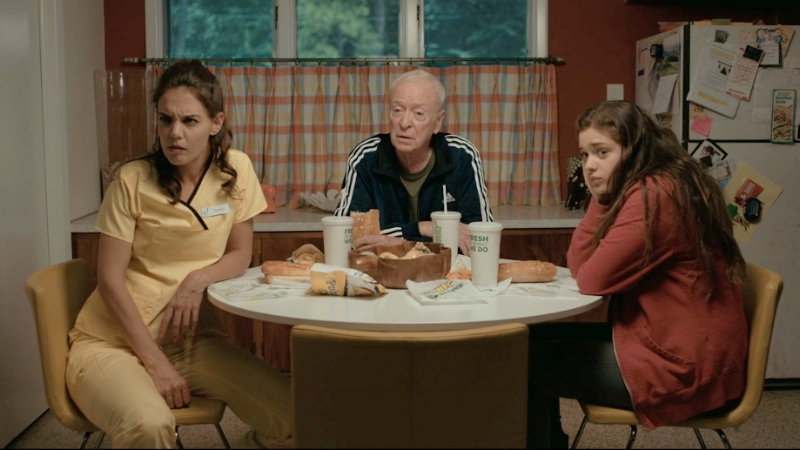