‘The Crime Thief’ Shows Us a Psychopath in Action 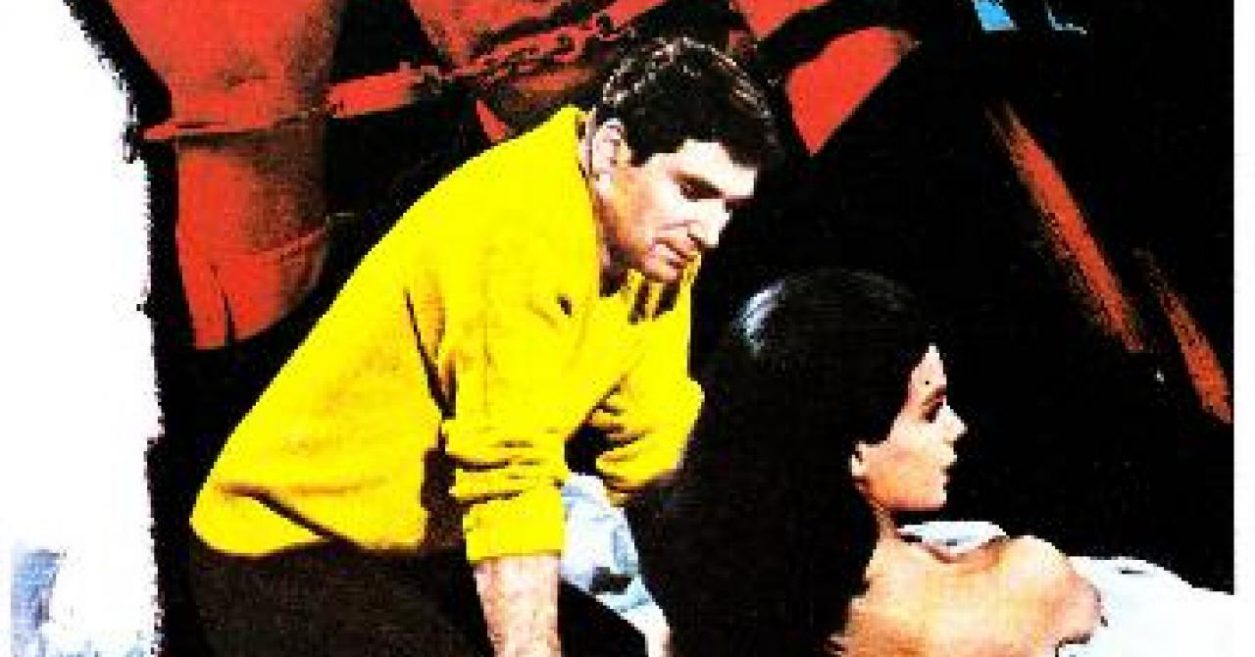 When a writer witnesses a woman commit suicide, he convinces himself that he carried out the crime. Bored and craving attention, he begins writing anonymous letters to the press detailing the murder. Nadine Trintignant’s The Crime Thief (in French, Le voleur de crimes) explores the mind of a psychopath as his deadly affliction becomes more evident. (RMM: 3/5)

The film’s ending begins the story. A handcuffed “Jean Girod” (Jean-Louis Trintignant) breaks free from police officers, who quickly corner and recapture him. It would seem that he has committed a rather serious crime. There is no sound save the incessant blare of a police siren.

Several weeks earlier, a woman wakes, gets dressed, and drives down to the quarry. Jean happens to be walking around the area, and he sees the woman tie herself to the front seat of the car with a rope before driving right off the cliffside and into the dam. For the rest of the day, Jean replays her suicide in his head until he starts to believe that it was actually a homicide  – and that he was the killer.

A friend named “Tian” (Robert Hossein) offers the troubled Jean free use of his spare bedroom. Eager to have a place away from his wife and two young children, Jean accepts. There he crafts a letter in which he describes the crime and his own accompanying feelings, or lack thereof. Eager for recognition, he sends the letter anonymously to a local newspaper.

Jean continues to send in letters, which the press publishes. Everyone is wondering who and where the mysterious “Dam Killer” could be. Emboldened by his newfound notoriety, Jean begins to act out; he acts irritably, erratically, and coldly. His true psychotic nature is starting to reveal itself to those around him. He seems addicted to the rush of adrenaline that accompanies life on the run from the authorities. With the release of a portrait sketch of the dam killer, it becomes increasingly more challenging for Jean to hide.

In fact, Jean doesn’t really seem to want to remain hidden. Having already convinced himself that the woman’s death was his own doing, he decides to “strike again.” He offers a ride to Tian’s girlfriend, “Florinda” (Florinda Bolkan), and takes her to the same quarry. Mistaking his intent to kill her as a sexual game, Florinda allows herself to be tied up before realizing the danger she is in. As Jean pushes the car – with Florinda inside – over the cliffside, he becomes a true murderer. It is his very sociopathic narcissism that compels him to finally turn himself in. Attention and a claim to ownership seem to be all that is important to him.

A crime drama that sensationalizes its protagonist and the debauched world he lives in, The Crime Thief (1969) certainly entertains. Whether he is running from the police or slinking in the shadows, Jean gives off an air of calculated yet cool madness. He spends hours in front of his mirror, hands raised above his head, as he imagines them in handcuffs. At the film’s end, he poses in those handcuffs – now real – for the cameras that swarm around him. Accompanying this life is a 1960s rock soundtrack that finishes off the film with a veneer of sleekness and style.

Perhaps my favorite aspect of the film is its ability to sit stagnant for a moment before catapulting into motion. In one scene, Jean begins to reveal his lunacy through his behaviors. A man walking past his table at a cafe accidentally bumps Jean’s shoulder. Jean springs up in anger and irritation, accusing the man of insulting him. He gives the stranger a shove, who pushes back. Bystanders then steer Jean out of the cafe and into the night. This all seems to happen in just a second, and the momentum it infuses into the film draws us further into its world.

Director Nadine Trintignant not only captivates us but chills us. When his wife asks why he has chosen to turn away from her for this life of crime, Jeans responds simply with the sentence “I’m bored.” Yet the iteration of this sentiment does not make Jean more remote, more untouchable; it makes him small. Bored and passionless, Jean seeks a change, something exciting. Desperate for both attention and validation of his talent as a writer, he seeks both through the basest method – murder. Actually, for most of the film, he isn’t even a real murderer. His delusion of grandeur may mask the fact that he stole another person’s crime from his public, but the audience knows the truth.

And it is both an ugly and pathetic truth. I doubt Trintignant intended for viewers to like or sympathize with Jean, and indeed I do not. But my dislike does not come from the fact that he has killed, but rather from his smallness in the face of life. His actions feel less like those of a man and more like those of a child who throws a tantrum because he feels ignored by the adults around him. He very clearly hates women, or doesn’t care for them, and treats them like disposable objects that exist either to scorn or taunt him. Maybe Trintignant is trying to make some sort of statement through her protagonist, but I find him to be so haughty, childish, and overall annoying that I can’t read it.

Featured Photo: Christian and Florinda in the poster for The Crime Thief (1969)

Q: Does The Crime Thief pass the Bechdel-Wallace Test?

by Roza Melkumyan December 10, 2020
As a member of the FF2 Media team, Roza writes features and reviews and coaches other associates and interns. She joined the team as an intern herself during her third year of study at New York University. There she individualized her major and studied narrative through a cultural lens and in the mediums of literature, theatre, and film. At school, Roza studied abroad in Florence and London, worked as a Resident Assistant, and workshopped a play she wrote and co-directed. Since graduating, she spent six months in Spain teaching English and practicing her Spanish. Most recently, she spent a year in Armenia teaching university English as a Fulbright scholar. Her love of film has only grown over the years, and she is dedicated to providing the space necessary for female filmmakers to prosper.
Previous Post Next Post