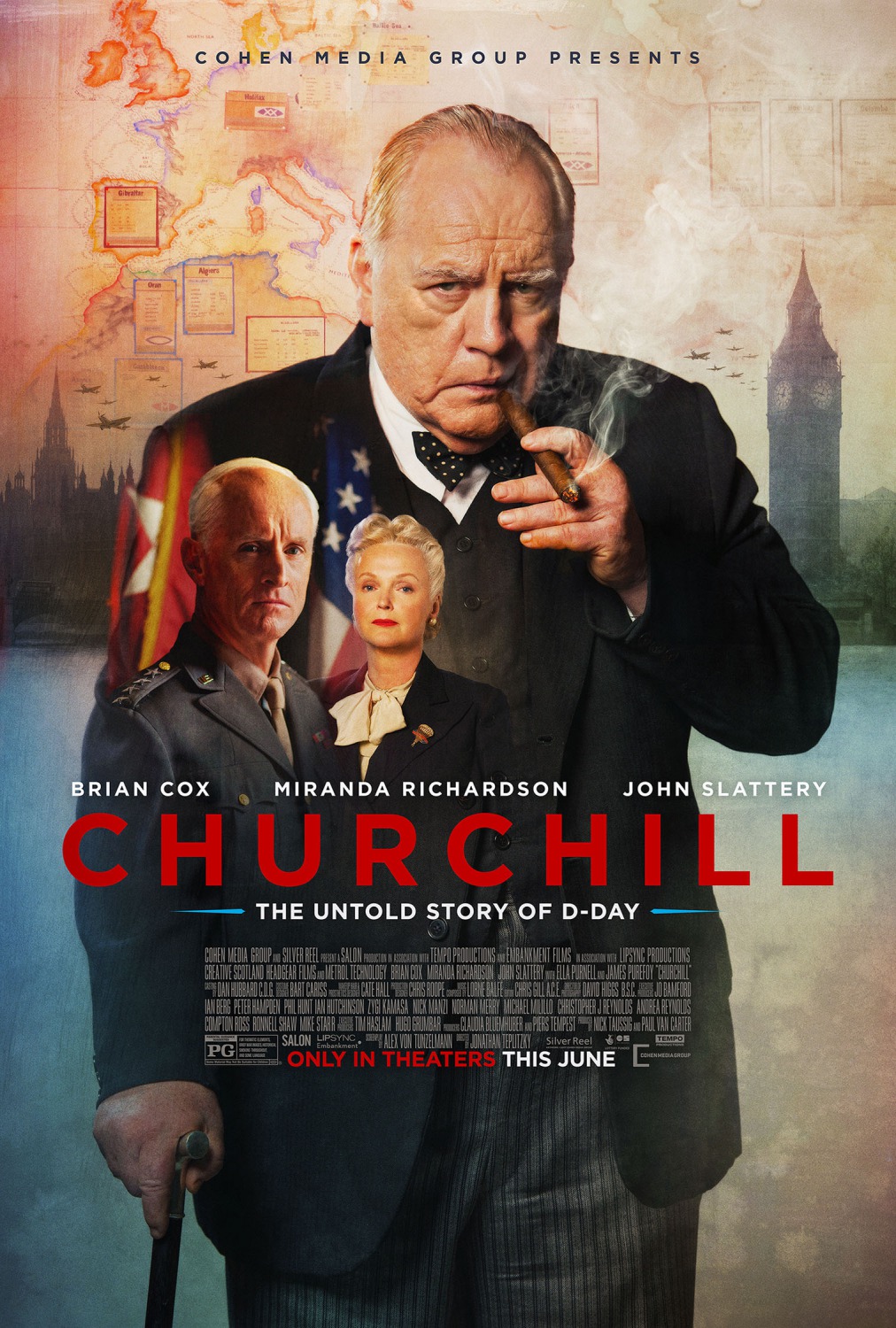 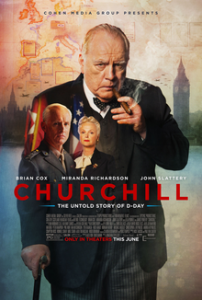 Penned by historian and screenwriter Alex Von Tunzelman, and directed by Jonathan Teplitzky, Churchill follows Prime Minister “Winston Churchill” (Brian Cox) as he attempts to put a stop to what he thinks is the worst mistake the Allied Forces could make: going through with their D-day plans. The older Prime Minister is angered by the thought of giving up power to younger generals, including Eisenhower. While the film has noble intent, the execution is less than ideal as it attempts to conjure the thematic sense of a political thriller, indie art film and drama all in one. (RAK: 2.5/5)

After surviving the turmoil of WWI and seeing the slaughter of thousands of his friends and fellow soldiers on the beaches of Galippoli, “Winston Churchill” ((Brian Cox) is determined to stop the Allied Forces from landing on the beaches of France to stop the Nazis. A man of extreme pride, a booming voice, and years of war experience, Churchill refuses to accept the idea that the other generals might not agree with his plans. He tries to circumvent their plans, counter-ordering his men to research other plans for the army. He is combative in language and aggressively intrudes on many meetings.

His wife, “Clemintine Churchill” (Miranda Richardson) tries her best to calm him and keep her husband in line, but to no avail. His obsession with leading the people out of the war consumes him and blinds his ability to act as a leader is expected to. His sole focus is to regain control over the military plans of the Allied forces. The climax comes as his young female assistant, “Helen” (Ella Purnell) confesses her worry about her husband who is soon to be sent on the D-Day ships. At this point, Churchill is confronted with the challenge of comforting and leading the people not as a military general, but just as a hopeful leader. As the other Allied generals ask him to take a step back and let them ‘take care of it’, Churchill is forced to do some intense self-introspection and to let some of his anger go.

Initially, I expected Churchill to feel like Lincoln. I was expecting a b 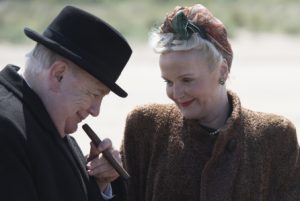 iopic of one of the greatest people of the 20th century, often acclaimed as the greatest Briton ever. But what was actually on the screen was a jumbled film. Immediately we are introduced to Churchill as an arrogant, loud and emotional man.  But the tone of the film doesn’t quite match his larger0-than-life persona.

The issue, of whether or not to go ahead with the D-day plans, doesn’t feel as tense as it should’ve been. This is likely due to the pacing of the film, which was my biggest issue with it. It takes quite a while for the story to pick up, and then every time there is an exciting scene (for example, when Eisenhower is leading a 4AM meeting to decide whether or not to launch the operation during the storm), the film cuts to some long, silent, grandiose shot of Churchill smoking, staring out a window, getting dressed or looking at himself in a mirror. At other times, there were “countdown” inserts–the kind used in countdown thrillers. It didn’t work.

There were two female characters that made an impression on Churchill in the film and serve as important characters. His wife ‘Clemmy,’ played by Miranda Richardson, who constantly tries to reel him him and is always extremely honest. She lets her marriage suffer while Churchill is trying to win the war. As he becomes more angry and obsessed with stopping D-day, Richardson’s character finally evaluates her happiness. The other female character is his young assistant, Helen, played by Ella Purnell. Purnell beautifully takes on the role and gives one of the more memorable performances of the film.

Overall, if you’re a historian, Churchill fanatic, or generally interested in WWII, you might enjoy this film. Otherwise, it may not be worth the 1 hour 50 minute timemark. 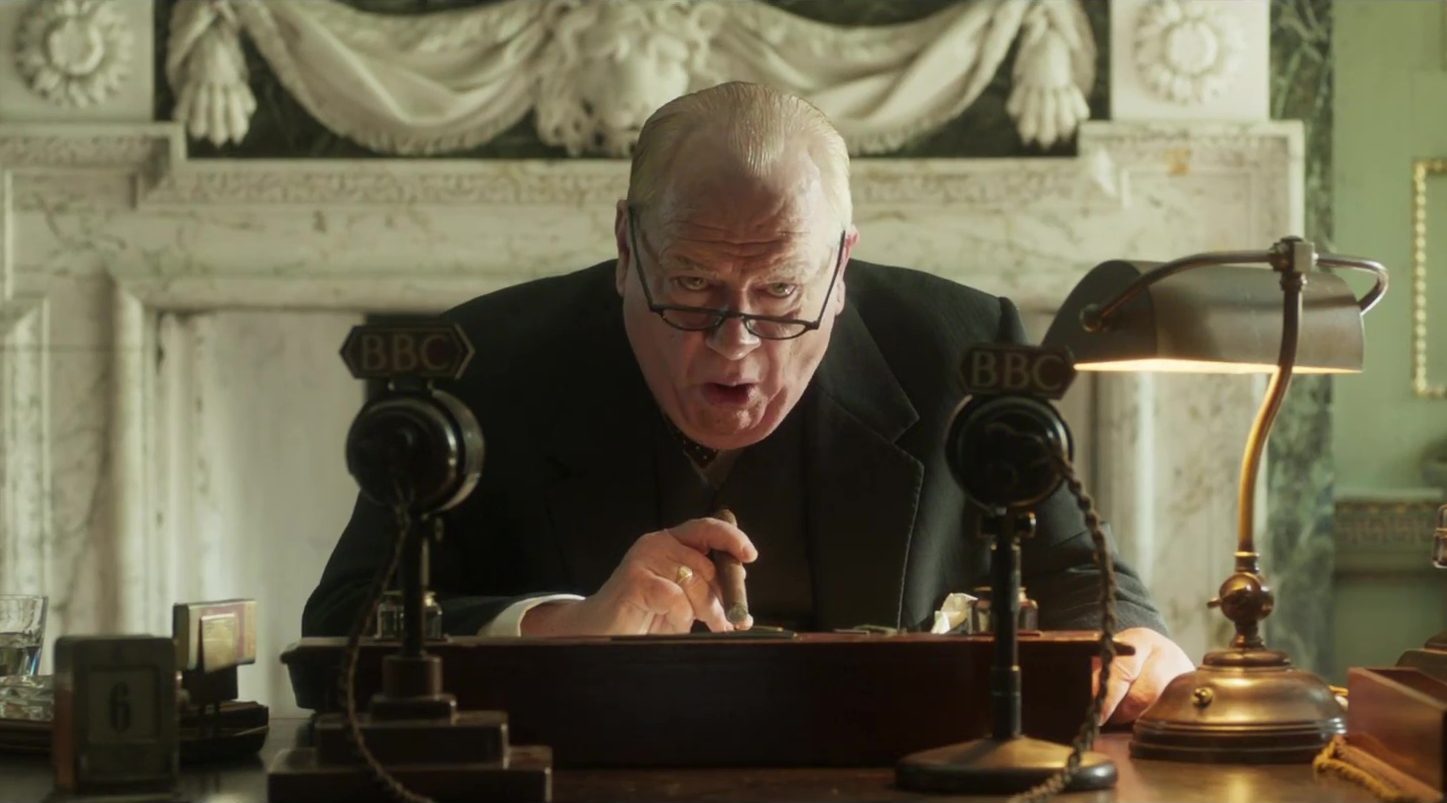 Middle Photo: Churchill with his wife on the beach.

Anytime either of the female characters are onscreen they are with Churchill! 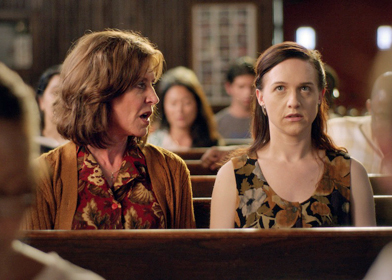 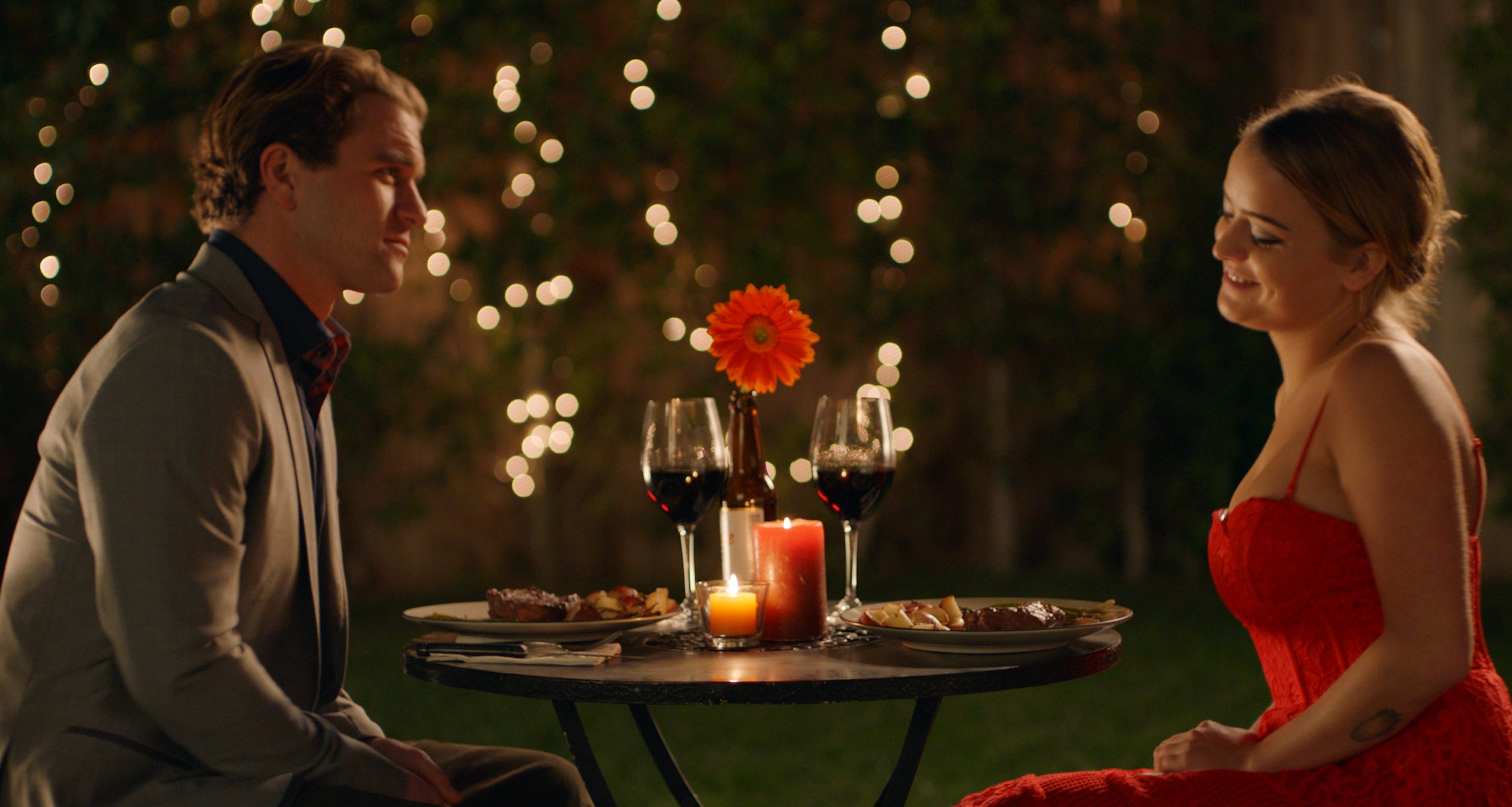